Richard Cavendish marks the anniversary of a successful night at the Academy Awards for Laurence Olivier, on March 24th, 1949. 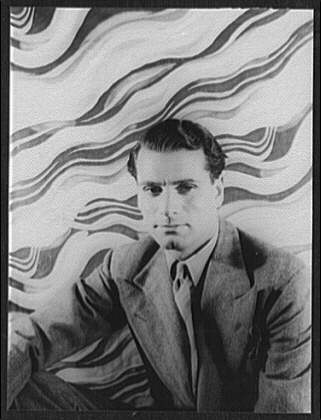 The British film magnate J. Arthur Rank, who put up close to £600,000 to finance Laurence Olivier's Hamlet , was not unnaturally nervous about how much of it he would ever see back. All visitors were excluded from the set, but at last Olivier let one of Rank's executives see half an hour of the rushes. 'What's it like?' asked the anxious Rank when the minion returned. 'It's wonderful, Mr Rank,' the executive said, 'you wouldn't know it was Shakespeare.'

Olivier had begun to plan the film early in 1947. The play was cut by a good two hours (ditching Rosencrantz and Guildenstern as well as Fortinbras in the process), shot in black-and-white and given a Freudian slant, emphasising Hamlet's incestuously Oedipal feelings for his mother, played by Eileen Herlie, who at twenty-seven was actually thirteen years younger than Olivier.

Filming began at the studios in Denham in the spring and took six months (Olivier was knighted, meantime, in June). It was no picnic and the atmosphere, as scenes of unrelenting gloom were shot for days on end, propelled by Olivier's autocratic drive and intensity, was far from carefree. Olivier's wife, Vivien Leigh, had assumed she would play Ophelia, but Olivier told her she was too old at thirty-three. She pointed out that he was virtually forty himself, but he hired the eighteen-year-old Jean Simmons for the part. She required intensive coaching from Olivier himself. Vivien Leigh took it for granted they must be having an affair. She was becoming increasingly mentally disturbed and her anxious phone-calls and appearances at Denham increased the strain.

The 'How all occasions do inform against me' soliloquy was filmed with Olivier on horseback, but the horse closed one eye and looked so hopelessly bored that the sequence was cut. It would have cost too much to reshoot it. Olivier's insistence on realistic swordplay also caused trouble. He leapt from a platform 15 feet high to kill Basil Sidney as Claudius, and when Sidney declined to be on the receiving end of Olivier's weight himself, the stuntman who doubled for him was knocked out and lost two teeth.

The film emerged in 1948 and to remarkable acclaim. When the Academy Awards ceremony was held in Hollywood on March 24th, 1949, the competition for the best film Oscar was fierce. The nominees were Hamlet, Johnny Belinda, The Red Shoes, The Snake Pit and The Treasure of the Sierra Madre. The prestige of Shakespeare and the monarch of the English stage carried the day and Hamlet and Olivier took the awards for Best Picture and Best Actor, while Oscars also went to Roger Furse for art direction and costume design, and to Carmen Dillon for set decoration. Hamlet was the first wholly British film to win the Best Picture award, but it has not worn well and is now considered inferior to Olivier's earlier Henry V.