Richard Cavendish provides an overview of the life of the French monarch who was nicknamed 'the Universal Spider'. 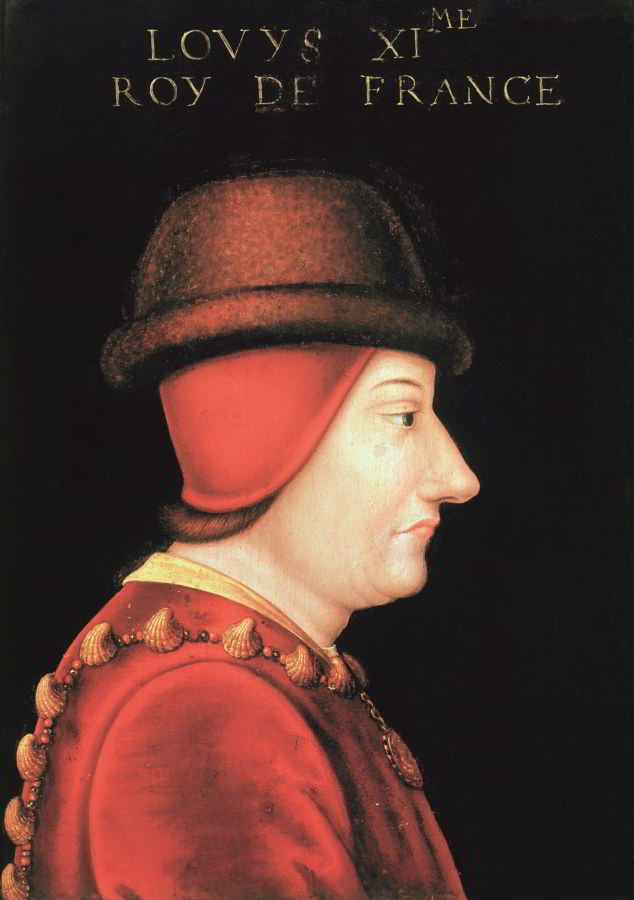 When word was brought to the Dauphin of France in exile at the castle of Genappe in Burgundy that his father, King Charles VII (r. 1422-61), had died in the early hours of that July Friday morning, he was delighted. He was 38 years old and he had never liked his father. He refused to put on any show of sadness and forbade his household to mourn. His father would not have been surprised. Indeed at the end he had suspected Prince Louis of having him poisoned.

It was necessary for Louis to move quickly in case his younger brother, Charles de Valois, Duc de Berry, harboured intentions to seize the throne. Messengers were sent to supporters in France telling them to ride to Rheims and meet Louis there. He himself moved to Avesnes on the French border where he waited for Philip the Good, Duke of Burgundy. Noblemen, ecclesiastics and others hoping to gain advancement flocked to Avesnes and at the end of the month Philip of Burgundy arrived with an armed and glittering escort of 4,000 lords and gentlemen. They all rode on to Rheims where Louis XI was crowned on August 15th. It was the same Duke of Burgundy who placed the French crown on the new King of France’s head.

Ugly, crafty, suspicious and ruthless, Louis XI was to prove one of the most effective of all French monarchs. His mastery of intrigue and conspiracy earned him the nickname ‘the Universal Spider’ (l’universelle araignée). Much of France was still in the hands of the English; most of what was left was under the control of powerful lords rather than the king. Charles VII had begun to build up royal power and his son would continue the process.

In his early years Louis had seen very little of his father and when he did his father snubbed and ignored him. From his teens the resentful dauphin began to assert himself. In 1439, at the age of 16, he was involved in an unsuccessful conspiracy against his father. In the 1440s he was discovered plotting against his father’s chief minister at court and was sent away to take charge of the Dauphiné province, where he frequently acted against his father’s policies. When his father lost all patience and led an army to the Dauphiné in 1456 Louis fled to Burgundy and took refuge with Duke Philip. King Charles remarked sourly that Philip was feeding the fox who would eat his hens. It was a prophetic insight. When Louis XI died aged 60 in 1483 he had taken control of Burgundy, mastered the other lords and turned France from a feudal realm into the most powerful nation state in Europe. As he told a group of rebels at one point: ‘I am France.’