Chivalry and the Birth of Celebrity

Medieval knights were the sporting superstars and military heroes of their day, who performed before an adoring public in the tournament. Nigel Saul explains their appeal. 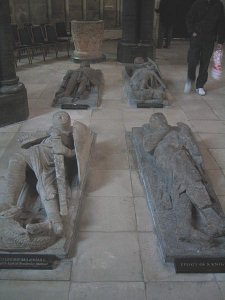 Where are the origins of the modern cult of celebrity to be found? According to one view celebrity was a by-product of the growth of mass literacy and the rise of the popular press in the late 19th century. The word ‘celebrity’ as applied to a person does not appear in print until 1849 and was not to enter common usage until sometime later. A contrary view, however, is that even if the noun had not yet emerged to describe the phenomenon the substance of celebrity culture was already found in 18th-century London. A free press, an explosion in the number of printing houses and the existence of a public interested in new ways of thinking about themselves all fuelled interest in figures, such as Whig statesman Charles James Fox (1749-1806), who were for some reason notorious or had recognisable extrovert personalities.