The French mathematician was born on August 17th, 1601. 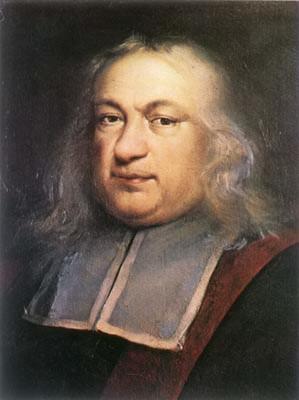 Mathematicians performed prodigies of mental gymnastics in quest of the proof, until at Cambridge University in 1993, Professor Andrew Wiles, an English academic at Princeton, ended a brilliant course of lectures at the Newton Institute for Mathematical Sciences with his proof of Fermat’s Last Theorem and said, ‘I think I’ll stop here.’ The distinguished audience, which had been expecting something of the sort, burst into applause and the press announced the discovery to the world. After some consternation, when the proof turned out to be wrong and had to be amended, it was finally published in the journal Annals of Mathematics in 1995, more than 300 years after Fermat’s death.

Pierre de Fermat was an intensely reticent part-time mathematician, a lawyer by profession, who published only one mathematical work in his entire lifetime – a paper on the comparison of curved lines with straight lines, in 1660. He was born into a Basque family of leather merchants at Beaumont-de-Lomagne in the south of France, near Toulouse. He married and had five children, but little is known about his life, though he is regarded as the founder of probability theory, the inventor of the differential calculus and the co-founder with René Descartes of modern number theory.

Fermat’s importance was obscured in his own time by his reluctance to reveal his proofs. Indeed, Descartes called him a boaster. However, he held his own in arguments with Descartes conducted through the latter’s friend Marin Mersenne, analysed curves now called Fermat’s parabolas and hyperbolas, and theorised about prime numbers. In 1654 he and Blaise Pascal exchanged letters about questions of probability in relation to games of chance. Fermat died at Castres near Toulouse in 1665.