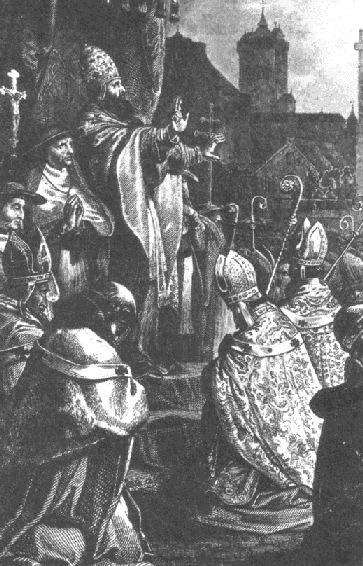 On November 27th, 1095, at Clermont in central France, Pope Urban II delivered the sermon which launched the expedition now known as the First Crusade. He called on the faithful, in particular the lords and knights who formed society's military élites, to relieve the oppression of Eastern Christians and to liberate the Holy Places by means of an armed pilgrimage, participation in which would earn remission of one's penances because of the great hardships which would be faced. The pope's message was bold and challenging, and it received an enthusiastic response; according to Robert the Monk, one of the chroniclers who described the scene, everyone shouted 'God wills it!' once Urban stopped speaking.