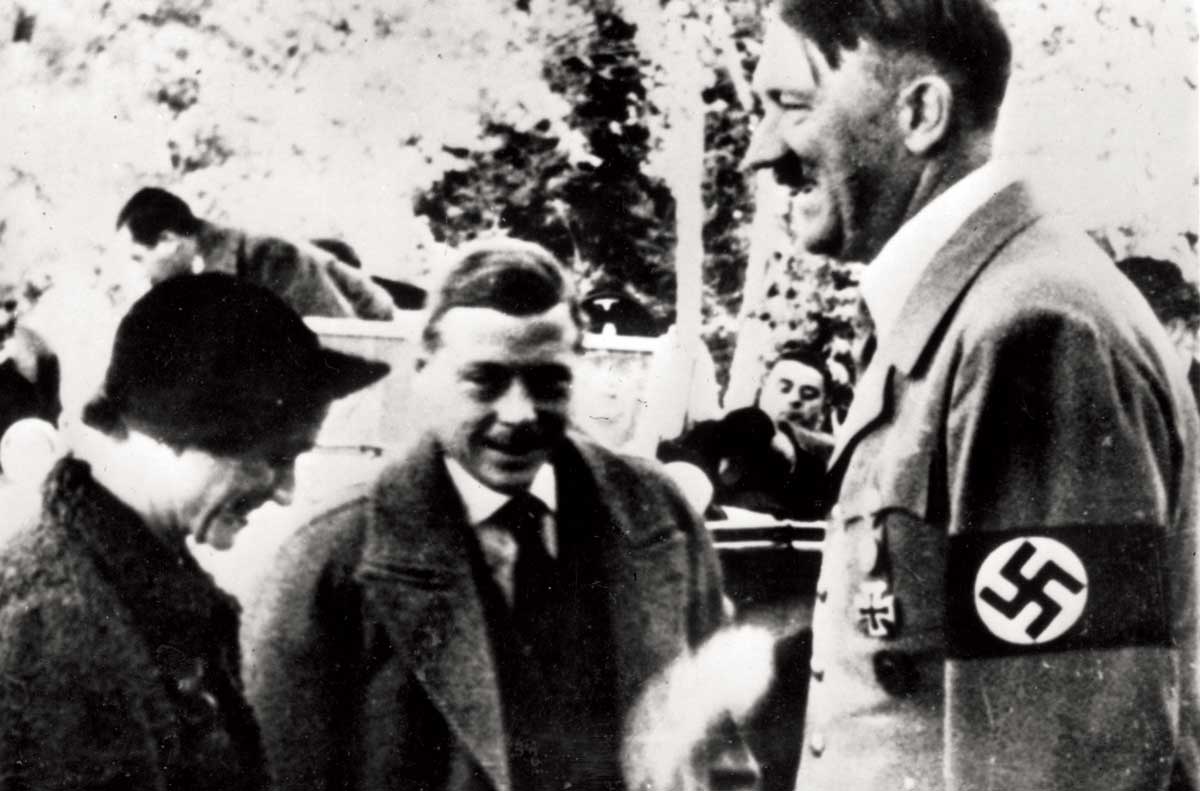 After his overthrow in 1952, King Farouk of Egypt predicted that soon there would be only five kings left in the world: the kings of Clubs, Hearts, Spades and Diamonds – and the King of England. There may still be monarchs around in the 21st century, but as the travails of Princes Andrew and Harry prove, Farouk was correct in one respect: only the British monarchy still attracts obsessive global attention.

The key event in the transition of Britain’s royal family from a significant power player to an international soap opera was the Abdication of Edward VIII in 1936, so that he could marry the twice-divorced American, Mrs Wallis Simpson. Most accounts of the Abdication focus on the brief year of the king’s reign and the manoeuvres of the Establishment in easing the patently unsuitable sovereign off the throne. In contrast, Andrew Lownie concentrates on the long post-Abdication lives of the Duke and Duchess of Windsor, definitively answering some of the enduring mysteries of the affair.

Were the Windsors merely pro-Nazi sympathisers or active conspirators in a plot to do a deal with Hitler to restore the duke to his recently vacated throne? Did the couple truly love each other? What was the exact nature of their relationship and their respective sexualities? Why did the rest of the royal family move heaven and earth to keep the couple out of the country for the rest of their lives, only permitting their return to be buried? For anyone seeking solutions to these and similar questions – and the TV schedules and tabloids tell us that there are many such people – Lownie fearlessly yet fairly provides the answers.

Lownie appears to have read every book ever written about the Windsors and drilled deep into unpublished archives as well. His damning conclusion is that the duke was knowingly in touch with Nazi agents, not only during the dark days of 1940, when he tarried in neutral Spain and Portugal before reluctantly obeying Churchill’s order to go and govern the distant Bahamas, but for the rest of the war, too. Embittered by the cold shoulder offered by his family, Windsor played with the dream of becoming a ‘British Petain’ and returning to reign as a puppet of the Nazis. Until his death in 1972, the duke – ‘every drop of blood in my veins is German’ – considered that the war should never have been fought and that Hitler was ‘not such a bad chap’.

Lownie has dug into the couple’s complex love lives just as deeply. He has identified at least two illegitimate children probably fathered by the duke when he was Prince of Wales, and finds that the duke was bisexual, taking part in gay orgies in Hollywood. For her part, the duchess had a long affair with a homosexual man and may have had another with Hitler’s Foreign Minister, Joachim von Ribbentrop, when he was ambassador to Britain. Lownie thinks it quite possible that the Windsors never had ‘normal’ sex at all. The key to their durable union, he writes, was the duke’s unrequited, undying dog-like devotion to his spouse, who happily played the role of the cruelly dominant partner in what was essentially a sado-masochistic partnership.

There is little to be said to the credit of this supremely selfish, snobbish and shallow pair. The full ghastly truth about them has remained obscure until now, partly thanks to a judicious cover-up by the British Establishment, who, with delicious irony, sent one traitor, the spy Anthony Blunt, to Germany after the war to seize damning documents revealing the treachery of another: the traitor king.