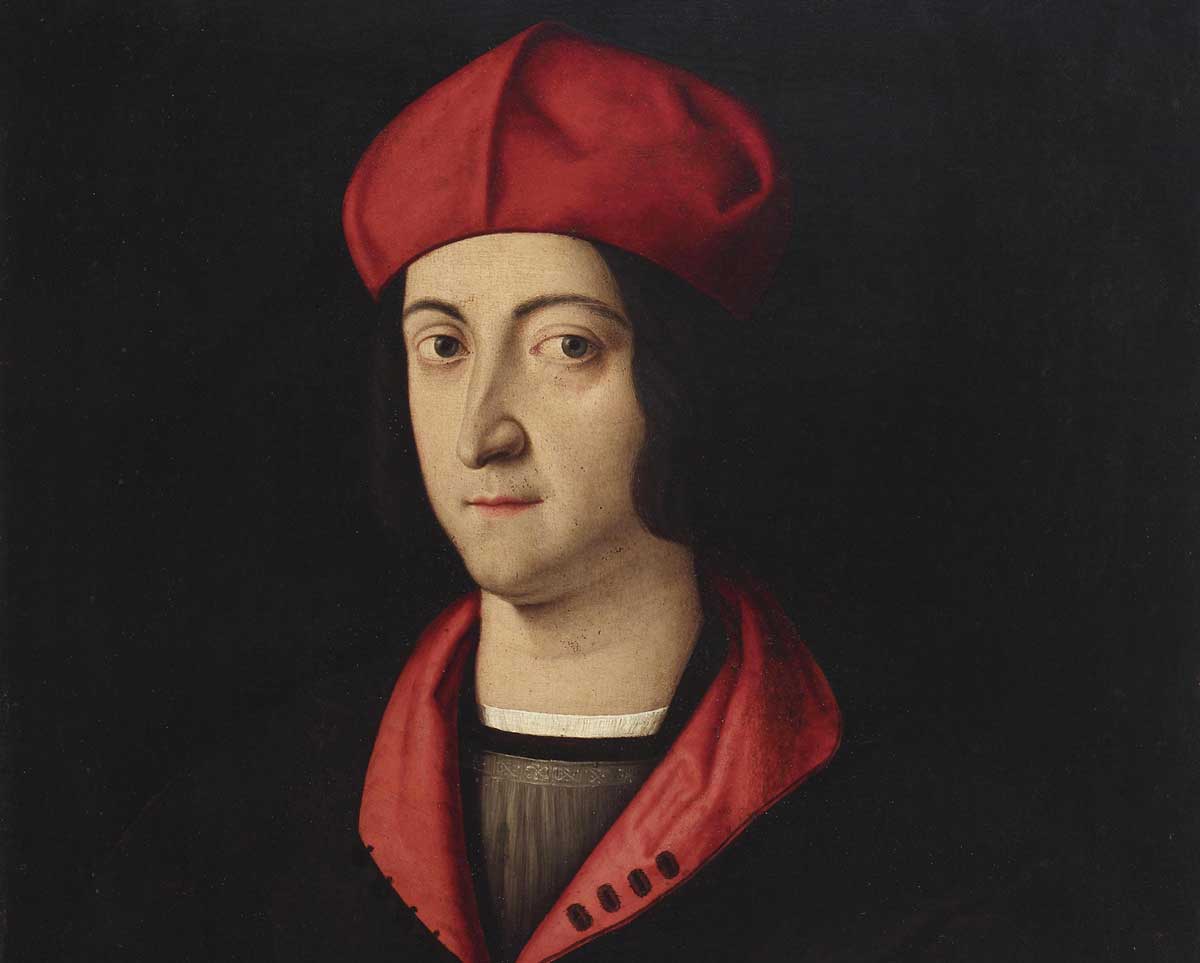 Roman summers are notoriously ominous for the health of popes and cardinals alike. As the sultry summer of 1559 drew to a close, Paul IV, the harshly repressive pontiff infamous for establishing both the Roman Inquisition and the Index of Prohibited Books, died in the Apostolic Palace. While riots broke out across Rome, the College of Cardinals began their preparations for the forthcoming conclave. Given both the late pontiff’s misguided foreign and domestic policies and the fragile political situation across Western Christendom, the conclave met at a time of great importance.

Mary Hollingsworth returns to the tumultuous life of Cardinal Ippolito d’Este (1509-72) with a highly enjoyable and thrilling read in Conclave 1559. The second son of Lucrezia Borgia and Alfonso I d’Este, he had been catapulted into the church hierarchy aged nine when he inherited the archbishopric of Milan from his uncle of the same name. He was elevated to the College of Cardinals on 20 December 1538 in Paul III’s fifth set of creations. While Hollingsworth’s book on Ippolito’s life, The Cardinal’s Hat (2004), built upon her doctoral research on cardinal’s households and their roles as patrons of the arts, Conclave 1559 uses Ippolito’s surviving ledgers for the first time as a means of scrutinising the longest conclave of the 16th century and the ramifications it had across Christendom for years to come.

Papal conclaves still hold a unique fascination. Nevertheless, accounts from inside the walls of conclaves are rare. The publication of the Liber Notarum of the Papal Master of Ceremonies, Johannes Burchard (c.1450-1506), by Louis Thuasne in 1883-85 provided historians with evidence of the ceremonial aspects of the clandestine process. By using Ippolito’s own papers, Hollingsworth is able to portray the human side to the conclave process, the gruelling voting processes, the arduous politicking of the 47 cardinals and the practical side of outfitting each cardinal’s cell. It is this meticulous analysis that is the real merit of the book. Readers are presented with a clear picture of what life was like for those ensconced in the Sala Regia during this most clandestine of processes to the extent that the ‘aroma’ of the 47 men and their conclavisti, the tallow candles in the cardinal’s cells and rooms and the vast plates of food arriving for the sequestered cardinals seem olfactible.

Away from the sights and smells of conclave, the book provides a detailed examination of the political climate of the 16th century and how important electing the right man to the papal throne was. When the doors of the Vatican’s Sala Regia were ceremoniously locked on 5 September 1559, no one expected the cardinals to be sequestered until 25 December, a period during which one (Capodiferro) died and two others had to leave due to illness.

The main cause for the delay was the impact of Paul IV’s misguided foreign and domestic policies, which are explored at the start of the book. Within the conclave, factions reflected the ongoing tensions between Spain, France and Italy. However, even here there were divisions between the moderates and more conservative cardinals.

We are introduced to each of the main protagonists, their ecclesiastical and political backgrounds and how they each connected to the wider political tensions, making their voting patterns easier to discern. The tensions within the conclave were exacerbated by the notorious outside interference. The Spanish ambassador, Francisco de Vargas, comically appears at numerous times, having slipped in through a number of holes within the walls, desperate to communicate the wishes of his master Philip II to the Spanish faction. It is little wonder that the newly elected Pius IV (Giovanni Angelo Medici) brought in measures to prevent such meddling occurring at future conclaves.

The narrative does not stop after Medici’s election as Pius IV on Christmas Day 1559. Indeed, nearly 100 pages are dedicated to the aftermath of the conclave, which reads like a sweeping thriller. Pius pardoned those who had rioted during the period of sede vacante that had followed Paul IV’s death, but then turned his attention to the trial of the late pontiff’s nephews. Cardinal Carlo Carafa was unceremoniously strangled, although due to his rank in the church he was afforded the privacy of the Castel Sant’Angelo. The remainder of the book reveals the vicissitudes in the later stages of Ippolito’s career and the waning of his position under Pius IV’s successor, Pius V, who believed Ippolito guilty of simony in the conclave that had elected him in 1566.

Ippolito died in Rome after a short illness in 1572, aged 63. He had been a cardinal for 33 years and participated in six conclaves, of which the conclave of 1559 was certainly the longest and most significant. By using Ippolito’s role as an influential voting member in the conclave of 1559, Hollingsworth has peeled back the veil of secrecy surrounding papal conclaves, exposing the exhausting efforts of the voting cardinals, their meticulous preparations and the lengths some individuals will go to in order to sit on the throne of St Peter.

Katharine Fellows recently completed a PhD on the office of the Papal Vice-Chancellor at St Peter’s College, Oxford.