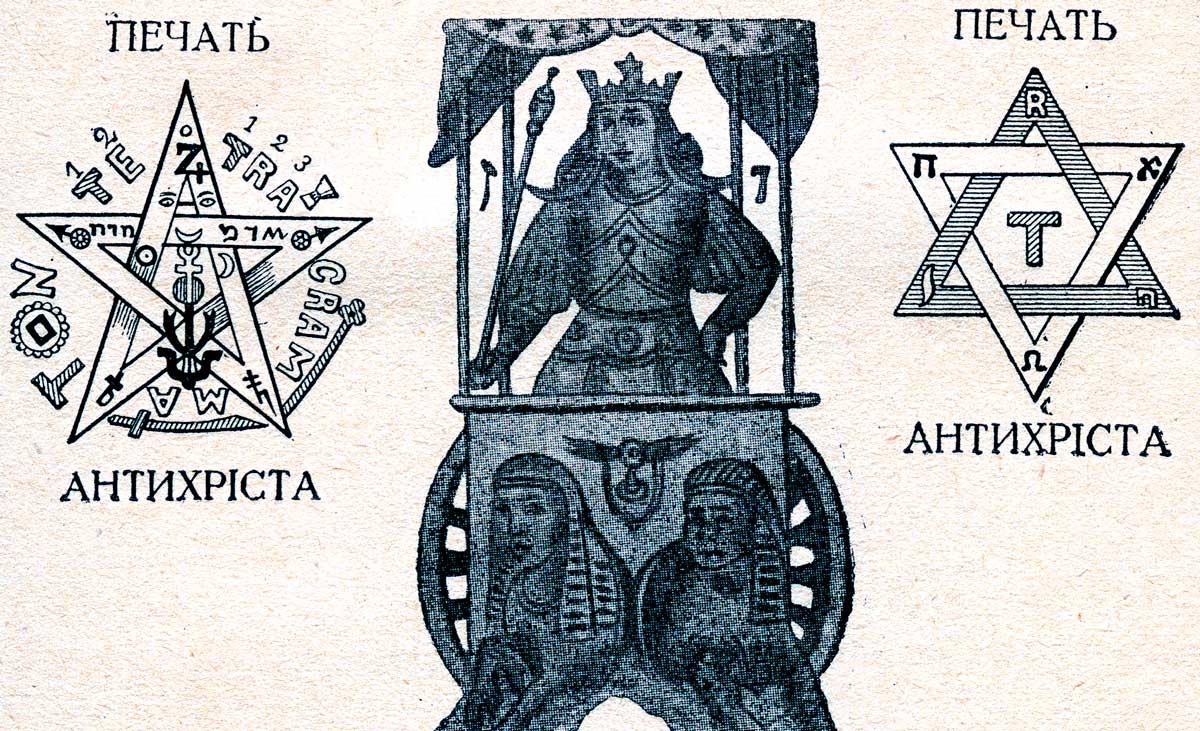 Jewish people have been blamed for everything from the Black Death to the Russian Revolution. But rarely has such race hate found more notorious expression than in the Protocols of the Elders of Zion.

The work purports to be the verbatim transcript of speeches made by a secret council of Jewish leaders. It weaves together all the classic tropes of antisemitism – the overthrow of national governments, control of capital and the media, world domination and so on – in such a way as to satisfy antisemites across the political spectrum.

The Protocols exists in multiple versions and its origins are, unsurprisingly, murky. It seems to have been created for the Okhrana, the secret police of Tsarist Russia, where it was first published in 1903. Tsar Nicholas II certainly approved: ‘All of this is undoubtedly genuine! The destructive hand of Jewry is everywhere!’, he wrote in his copy. Former kaiser Wilhelm II was another admirer; he sent copies of it to his friends.

It was first published in Britain in early 1920 under the title The Jewish Peril. Both The Times and the Spectator, their scepticism wrapped round a greater credulity, bewailed its antisemitism in the abstract, while calling for an official inquiry into the conspiracy.

But it was The Times that first published proof that the Protocols was a forgery. In three articles, beginning 16 August 1921, its Constantinople correspondent, Philip Graves, revealed that it had been plagiarised from an obscure French pamphlet of 1865, Dialogue aux enfers entre Machiavel et Montesquieu, an attack on the government of Napoleon III. It does not mention Jews at all; the author of the Protocols simply took the arguments that were put into Machiavelli’s mouth and gave them to his Jewish Elders.

So grotesque is its hate, the Protocols is almost absurdist: passages such as ‘the weapons in our hands are limitless ambitions, burning greediness, merciless vengeance, hatred and malice’, might be a rewrite of Monty Python’s Spanish Inquisition sketch. If it didn’t still have such deadly consequences, it might be funny. Perhaps it is necessary to laugh anyway.