Electric cars seem to offer a solution to the problem of the internal combustion engine. But technological advances have other consequences. 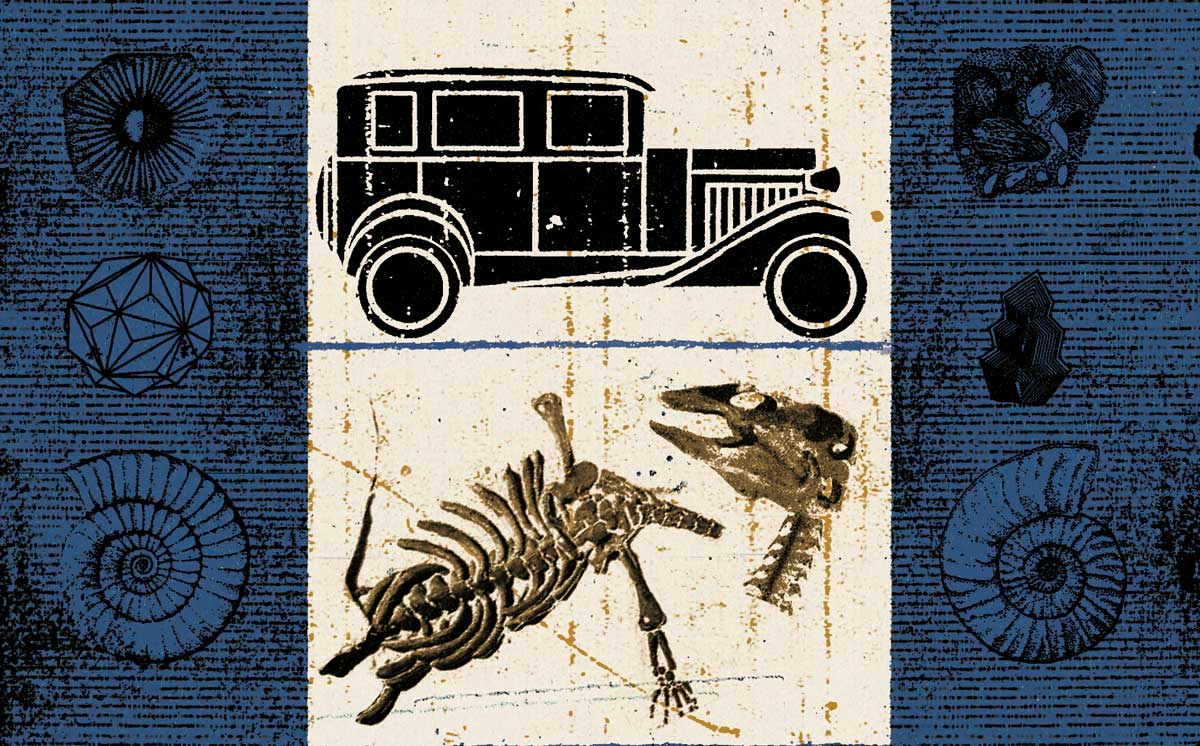 There is growing opinion that, in the global car industry, now facing a period of extraordinary change, history will repeat itself. The electric revolution appears poised on the brink of transforming the world of mobility. Yet, while companies such as Elon Musk’s US-based Tesla are using and developing cutting-edge technologies, they are also turning to tried and trusted business models, which would have been familiar to Henry Ford and Alfred Sloan.

This is unsurprising: it is hard to think of a more defining image in automotive history than the Model T motor car being produced on moving assembly lines at Ford’s gigantic Highland Park factory in Detroit. Ford organised production as a continuous flow, epitomised by the mechanically powered conveyor belt, which, in 1913, became the basis for mass car assembly, copied by corporations around the world. But what ultimately mattered was the scale he achieved. Ford broke record after record, passing in 1920 a factory output of a million cars in just one year.

More than a century on, and the world watches Tesla to see if it is able to do for battery electric technology what Ford did with the gasoline-fuelled internal combustion engine. The company is working to extend into its battery plants the Ford principle of production without stops and starts, even as it steps up its investments for manufacture at scale. Tesla’s immediate target is a little under half Ford’s output of a century ago: it claims to have produced half a million cars in 2020.

This has generated understandable excitement among industry observers. It suggests a resurgent industry that can still be managed in familiar ways, but which can also meet the existential threat of global warming head-on by mass building electric cars to eliminate CO2-emitting engines. But there is a hitch.

The flipside of having cars powered by gasoline is that the history of the car industry is in many ways the story of oil. Verging on an industrial symbiosis, this relationship was every bit as important as innovations in the machine shop and factory line. Ford’s breakthroughs followed a great national oil boom, which began some years earlier. After oil was struck at Spindletop in Beaumont, Texas in 1901, the United States quickly became the world’s largest oil producer. It drilled with an extraordinary intensity, echoed more recently by the speed with which its fracking industry has developed. The profligacy implied by the popular image of Texan oil pioneers dancing under the spray of a gusher is belied by the endeavour which spread a dense network of wells across the oil-rich state. The success of Henry Ford was foreshadowed by the riches of J.D. Rockefeller, the mogul who founded Standard Oil as far back as 1870.

The car industry expanded in tandem with the need for gasoline derived from crude oil. But as fields opened beyond the US, oil became a geopolitical reference point, implicated in numerous wars, invasions, coups, briberies and underhand manipulations. The story of oil is also one of spillage disasters, whether caused by accidents involving tankers, such as the 1989 Exxon Valdez spill in Alaska, or oil rig catastrophes, including BP’s Deepwater Horizon in the Gulf of Mexico in 2010. Providing the fuel for the vehicles that warm the planet was another nail in the coffin for oil’s reputation.

The story of oil and its exploitation also shows how technologies associated with progress can prompt the bitterest abuses of indigenous populations unlucky enough to have critical resources on their lands. In the US, the huckstering of members of the Osage Nation in Oklahoma (having already been forced off their reservation in Kansas), whose territorial settlements gave them rights in oil, degenerated into a series of murders over a 20-year period, peaking in a five year ‘reign of terror’ from 1921. It took them until 2011 to settle resource management with the Federal government.

But the most severe example of exploitation of indigenous peoples took place in the Congo, where the first expansions of the car industry fed the growing market for what became known as red rubber. The Congo Free State was established by King Leopold II of Belgium in 1885. European adventurers, backed by Leopold’s private army (the Free State was his personal possession), moved on from harvesting the ivory of elephants to forcing the Congolese into the forests to tap the wild rubber tree. The Belgian government assumed control in 1908, but it is estimated that by 1920 up to half the Congolese population had been lost to disease, famine and slaughter. There is no direct connection between the sufferings of the Congolese and the spirit of invention that led to pneumatic tyres and vulcanised rubber. But the tubes, tyres, hoses, raincoats and gloves which demanded rubber for their mass production are also part of this unsavoury legacy.

Back to the future

And history repeats itself. While the electric car does promise to liberate the world from CO2 and oil spills, the new battery technologies rely on critical materials, such as lithium, cobalt and nickel. These fresh dependencies mean new points of political tension and environmental degradation, remarkably similar to those produced by the industrial exploitation of oil and rubber.

Demand for the critical materials to feed electric car production is already pushing up against supply. In September 2020 Elon Musk held the Tesla Battery Day Event, in which he announced a slew of proposed advancements to shareholders. Little more than a week later, President Donald Trump signed an Executive Order declaring American dependency on imports of rare earth minerals, many essential for electronics, a national emergency. China, whose dominance in lithium processing and lithium-ion batteries also makes it integral to electric car manufacture in the United States, is described as a foreign adversary. The obvious alternative source for lithium is Bolivia, a country that has been in political turmoil. With the world’s most substantial lithium reserves, Bolivia may be emerging as a focal point in a developing international struggle for access to what is now being called ‘white petroleum’.

In an especially troubling echo of the past, in the Democratic Republic of Congo, Congolese labour is being deployed in cobalt extraction operations in unsafe and contaminated mines. Reports from Amnesty International have monitored the widespread use of child labour and found multiple abuses.

In the same way that the Dunlop tyre and improvements to the waterproofed raincoat created new demands for rubber, the smartphone and the personal computer create demand for cobalt. Congo supplies over 60 per cent of the world’s cobalt consumption. The electric car is part of this. While phasing out cobalt has been an aspiration for some years, it remains to be seen whether, and how quickly, this will actually happen.

Mining operations on the scale necessary to support new mass car production will inevitably disturb, divert and pollute scarce land and water resources. The case of Bolivia, and the freedom of its population to control its resources without external pressures or interference, is one to watch.

There are other lessons from history. Alfred Sloan, another towering figure from the glory days of gasoline, worked with his team at General Motors during the 1920s to improve Ford’s business model. There were five brands to manage, running from the mass-market Chevrolet up to the luxury Cadillac models, each with its particular pricing points. Where Ford aimed to change the world by making cars accessible to buyers of modest means, Sloan’s aim was to pitch cars at ‘every purse and purpose’.

While successful, this helped feed the American ambition to own a bigger and better car than the last one bought. Although hard to believe now, the earliest commercial car makers in the United States built on more modest lines than their European counterparts. But abundant gasoline, sold cheaply, together with public investments to improve on mud roads, made big cars viable. When price hikes by the OPEC oil consortium in the 1970s left many predicting a bright future for smaller cars, the reality was that as oil prices fell again the quest for the perfect big car continued. Japanese manufacturers, who began by selling smaller cars to Americans looking for fuel economy, made their cars larger. Ford and General Motors accommodated this new competition by greatly expanding the market for expensive – and large – SUVs.

The problem now is that, while bets are still being taken on whether Tesla succeeds with an electric car for the masses, practically every car manufacturer with a stake in the game is working on battery electric designs for solvent aficionados of larger cars, sportier cars and luxury cars. This will only ramp up the immediate pressure to mine for metals.

Many tech-led manufacturing businesses, including Tesla, are redeveloping their resourcing and supply chains. Ford and Sloan could not have predicted the downsides of what they saw as their landmark contributions to civilisation – whether environmental or geopolitical. But history matters because it reveals such unexpected consequences. Looking only at oil-dependent technology, the electric car offers a greener and more equitable future. When appraising the realities of its own dependencies, it does not.