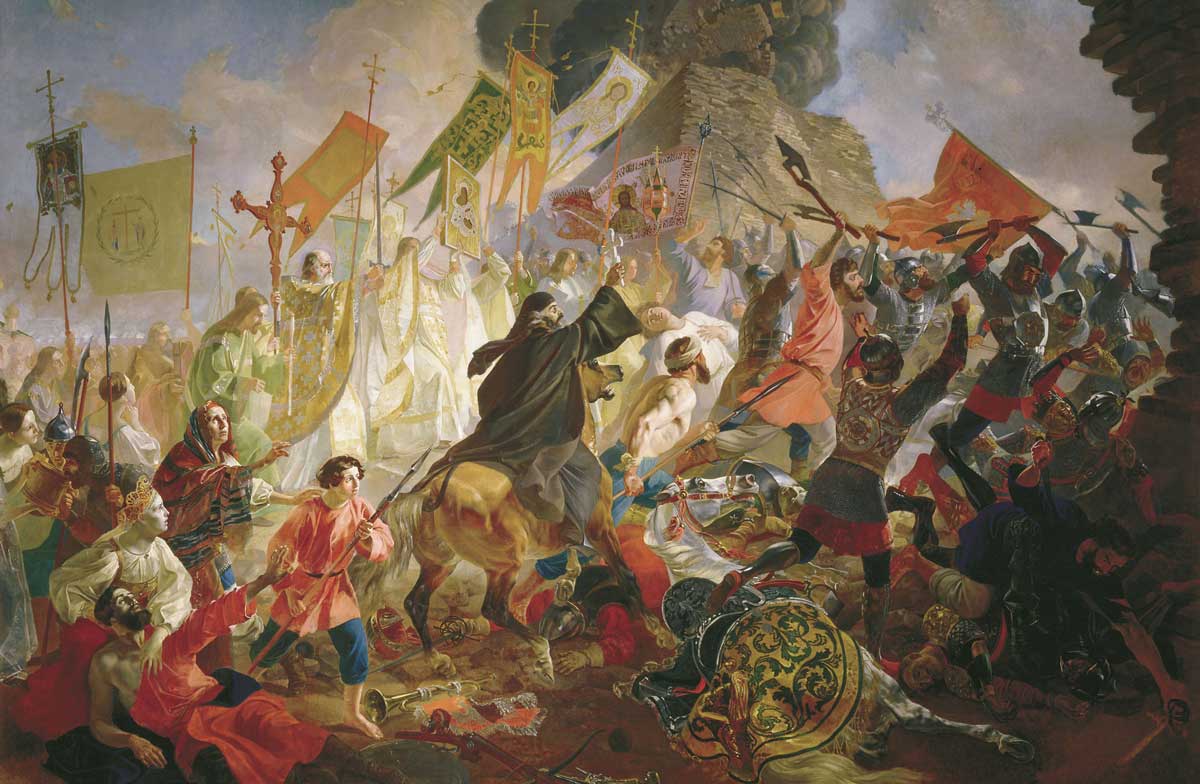 We all know, or think we do, that Russians have ‘empire’ lodged deep in their genes. The Russian Empire is said to have expanded faster and further than any other in history. Russia today may occupy an area smaller than at any time since the 17th century, but many believe that the country, led by Putin, is itching to recover its empire by force, fraud and subversion.

Many of these certainties are little more than myths. Kees Boterbloem’s Russia as Empire musters the facts into a coherent narrative, which is a model of clarity, brevity and cool common sense. He traces Russian history from the founding of Kiev in the ninth century through to the present (Ukrainians claim Kiev for themselves and deny Russians’ right to do the same). Despite its growing pretensions it was not until Peter the Great, at the beginning of the 18th century, successfully forced his neighbours to accept Russia as one of the five Great Powers that it formally became an empire.

Russia had no geographically defined borders to its east and south and even in the 18th century it was exposed to endless attacks by raiders on horseback. For most of its history its neighbours to its west had superior military technology and were at least as keen on territorial expansion. Russia lost the semblance of organised statehood when it was conquered by the Mongols in the 13th century and again by the Poles in the 17th. Its existence was seriously challenged by Napoleon in the 19th century and by the Germans in the 20th. It fell apart during the Revolution and Civil War of 1917-22. The brutal and rickety system devised by Stalin won the war against Germany but was unable to compete with America and its allies. In 1991 Russia collapsed again into poverty, incoherence and international irrelevance. This was hardly a record of unbroken imperial triumph.

Like many other empires in Europe and elsewhere, Boterbloem argues, the Russian Empire began largely as a defensive enterprise. In this it differed from the maritime empire of the British, whose driving impulse was to promote their trade in distant countries by using superior military technology to overwhelm their competitors. That empire, on which the sun never set, grew faster and further than the Russian Empire and ruled over far more people.

Land-based empires usually start with the fight for defensible – or as they would say ‘legitimate’ – borders. They go on to rob their neighbours of territory and riches and often of people as well. Some seek to impose their beliefs on foreigners who profoundly disagree. Yesterday’s predators become today’s victims. Russia has been both a predator and a victim. It has inflicted dreadful wounds on others and it has suffered terribly at their hands. Europe’s horrible record of bloody internecine slaughter is a source of pride to no one.

All nations that once had empires feel a nostalgia for past greatness. It motivated the British to free themselves of ‘Europe’ and become ‘Great’ again. The Russians’ imperial nostalgia and their sense of victimhood was not invented by Putin. Both will still be there when he is gone. Boterbloem concludes that it is unclear whether we face the return of an ‘imperial’ rather than an ‘imperious’ Russia. The historian Rana Mitter recently said we should be objective; but we do not need to be neutral. That’s the distinction we should consider as we seek ways of dealing constructively with Russia where it is profitable and blocking it where it threatens our interests or those of our friends.

Russia as Empire: Past and Present
Kees Boterbloem
Reaktion 248pp £20