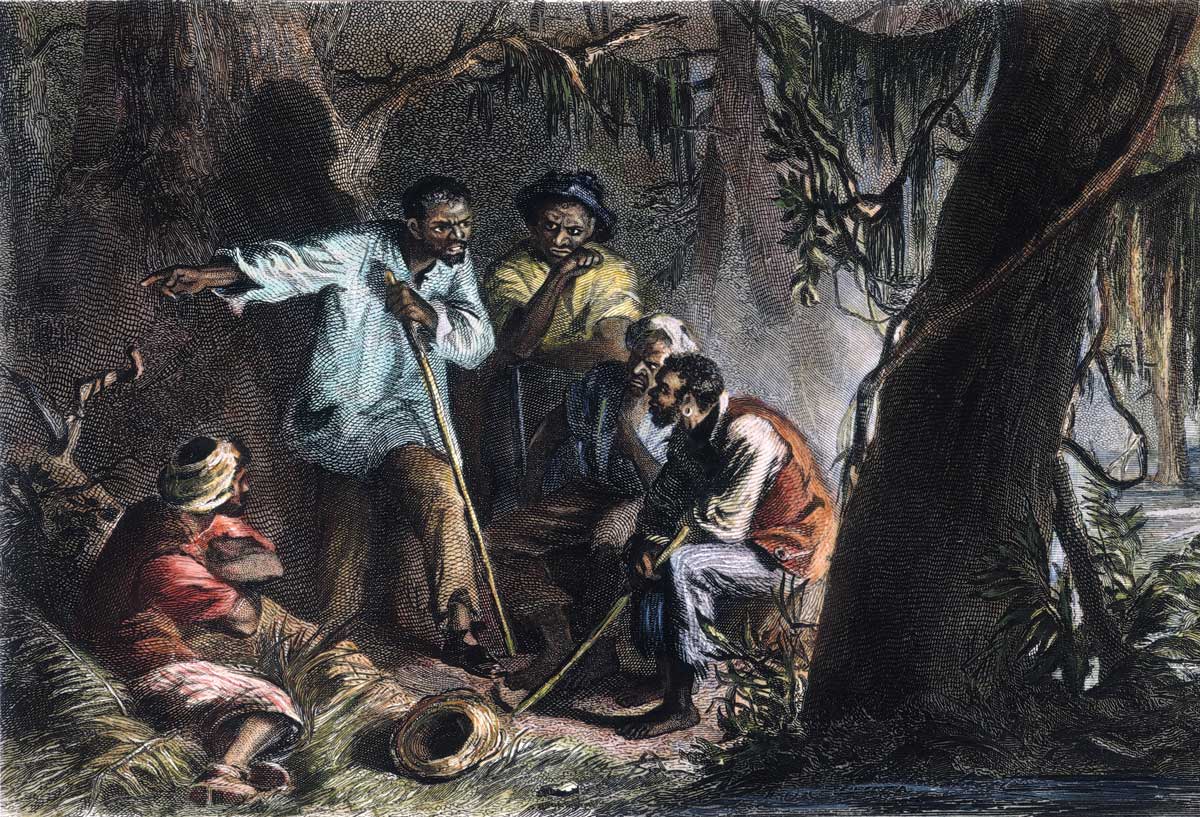 Nat Turner was born into slavery on a Virginia plantation on 2 October 1800. Convinced from an early age that he was a prophet, Turner taught himself to read and write. His spiritual path mirrors that of many other mystics: he maintained an austere life apart from the wider community; he fasted and prayed; he sought and saw signs from God; he was granted visions of the Divine. Among his visions was one of black and white spirits fighting each other; he then knew what task he was called to.

On 21 August 1831, Turner led a group of six fellow slaves in what would be one of the most significant rebellions against white supremacy in the antebellum South. Around 60 white slave-owning farmers and their families would be killed as a consequence.

Turner’s plan seems to have been to rally slaves locally to his call and to take Jerusalem, the local county seat, which he believed held a significant store of arms, and use it as a base. The initial violence was intended, he later said, ‘to strike terror and alarm’ into the white community: shock and awe, some might say.

At its peak, the rebellion numbered perhaps 70. But Turner was unable to keep the rebels to his strategy. Divided, they were routed by local white militia. Turner himself escaped capture until 31 October.

How could such an uprising have happened? Politicians and newspapers had various answers. Too great an indulgence of the local slaves – in particular, encouraging literacy – some said. Others blamed abolitionist campaigners for stirring up otherwise contented slaves, or pernicious ideas of Christian equality under God spreading from some evangelical pulpits.

The immediate result was greater repression and, ultimately, more bloodshed: an unknown number of both slaves and free African Americans were killed by white mobs and vigilantes in the aftermath. Interrogated in prison about his involvement in other uprisings, Turner replied: ‘Can you not think the same ideas … might prompt others, as well as myself, to this undertaking?’

Turner was hanged in the Jerusalem he had sought to capture on 11 November. Did he have regrets? ‘Was Christ not crucified?’, he said.