A terrorist attack on Wall Street a century ago aroused suspicion of anarchists, socialists and foreigners, as America saw danger around every corner. 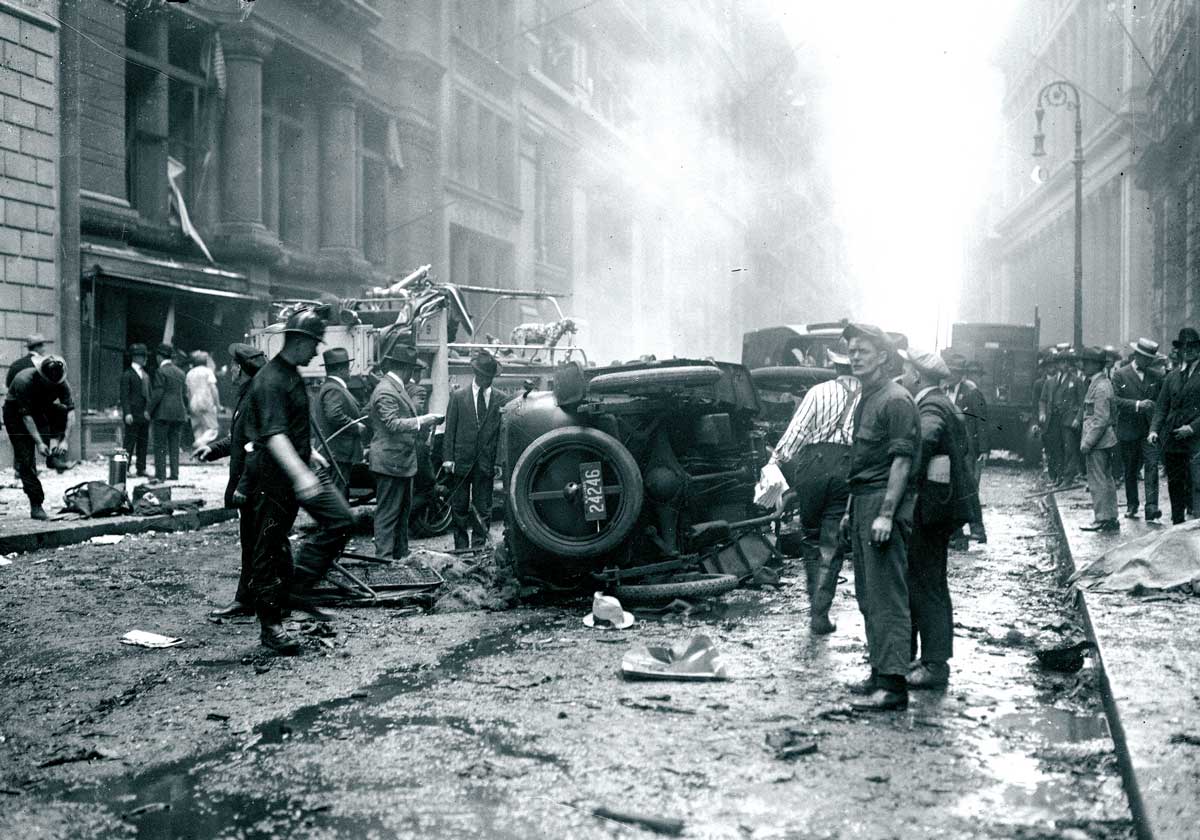 The horse-drawn wagon trundled through the middle of Manhattan. The driver, faceless among the hundreds of bankers, porters and clerks who were enjoying their lunch break in the brave autumn sun, brought the vehicle to a stop at the corner of Wall and Broad Streets, a junction dominated by the headquarters of J.P. Morgan – one of the most powerful banks on earth. The driver leapt from his seat and evaporated into the crowd. Before long, a nearby clocktower chimed, signalling that noon on Thursday 16 September 1920 had come. Seconds later, the abandoned cart and the horse that drew it were blown apart in a storm of fire and concussion, from which erupted a blast that carpeted the street with bystanders and, as far as two blocks away, derailed a trolley car, sending even more New Yorkers tumbling to the pavement. Along Wall Street itself, the windows of the Morgan building, the Stock Exchange, the Sub-Treasury and the Assay Offices were blown out, covering those floored by the explosion with a layer of shattered glass. This, however, was the lesser form of shrapnel that the victims had to suffer.