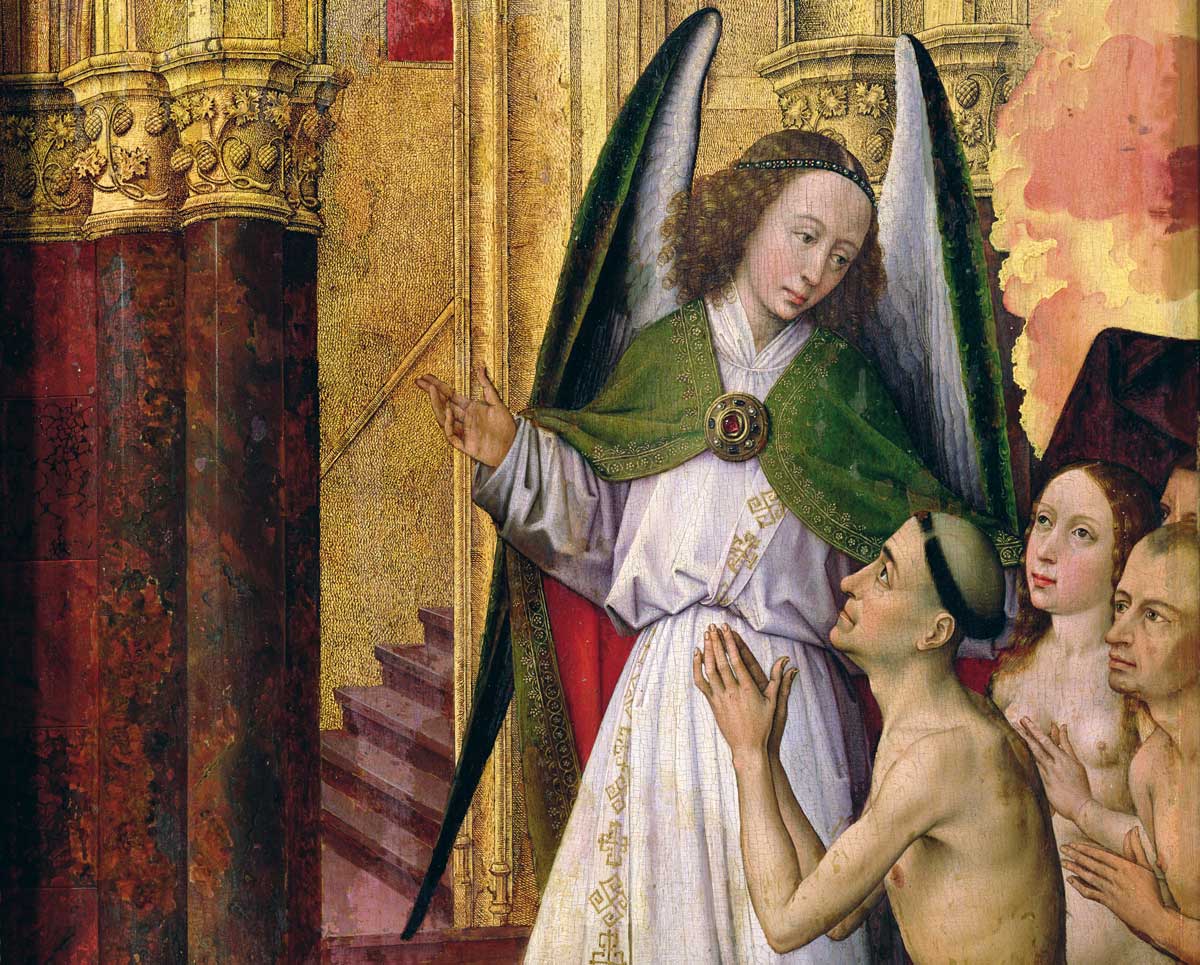 Three times I rushed toward her, desperate to hold her / three times she fluttered through my fingers, sifting away / like a shadow, dissolving like a dream, and each time / the grief cut to the heart, sharper.

Odysseus’ tragic encounter with his dead mother Anticleia is arguably one of the most heart-wrenching descriptions of the afterlife in the history of literature. It is also one of many stunning passages describing the afterlife compiled in Bart D. Ehrman’s latest book, Heaven and Hell. Readers are treated to stories from such works as the Epic of Gilgamesh and the Passion of Perpetua. Within this patchwork of pagan and early Christian sources, Ehrman introduces us to his overarching thesis: that the Christian notions of heaven and hell we know today ‘do not represent the earliest Christian views of the afterlife’. Instead, heaven and hell ‘emerged over a long period of time as people struggled with how this world can be fair and how God or the gods can be just’.

Ehrman is no stranger to bold claims about the roots of Christianity. He has previously topped the New York Times bestseller list with Misquoting Jesus (2005) and Jesus, Interrupted (2009). His latest offering argues that heaven and hell do not appear in the Old Testament or indeed in Jesus’ own teachings. ‘To put it succinctly: the founder of Christianity did not believe that the soul of a person who died would go to heaven or hell.’ Instead, we encounter several conflicting views of the afterlife in early Christianity which were influenced by Judaism and Hellenic sources.

Human motives frequently shape views of afterlife. For example, Jesus taught that people would enter God’s kingdom at the Final Judgement, a future day of reckoning when ‘God would destroy all that is evil and raise the dead, to punish the wicked and reward the faithful’. And yet Paul, writing as an older man, begins to fear ‘that he might die before Jesus returns’. This fear helps to fuel a new belief in an ‘interim state’ in which individuals must surely be rewarded with some kind of heaven when they die, not just upon a future Day of Judgement. The human need for justice reappears time and again. A collective desire for evildoers to face justice after death is one reason why the apostles’ version of heaven and hell was accepted so readily: ‘The wicked, no matter how powerful and revered in this world, will pay a price in the next.’

Understanding the afterlife also involves understanding how cultures viewed the body and its worth. Consequently Heaven and Hell  is a visceral book, which does not shy away from descriptions of the tortures humans have imagined for sinners over the years. In the Apocalypse of Peter, women who seduced men are ‘hanged by their necks and hair over the eternal flames. The men they seduced are hanged by their genitals’. The relationship between body and soul is also significant; Plato’s immortal soul appears alongside the Jewish understanding of soul as a tangible ‘breath’.

This book will undoubtedly rankle Ehrman’s previous critics. After all, the text begins by acknowledging how central the dual notions of paradise and hell are to modern Christian beliefs. In the US alone, nearly 70 per cent of people believe in a literal heaven after death, while just under 60 per cent also believe in hell.

Whatever your belief system may be, we are living in an age in which, for many of us, coronavirus has thrust death before our eyes like never before. It does us all good to think about what might come after.

Heaven and Hell: A History of the Afterlife
Bart D. Ehrman
Oneworld 352pp £20

Rachel Ashcroft is a PhD graduate and writes about 16th-century culture.