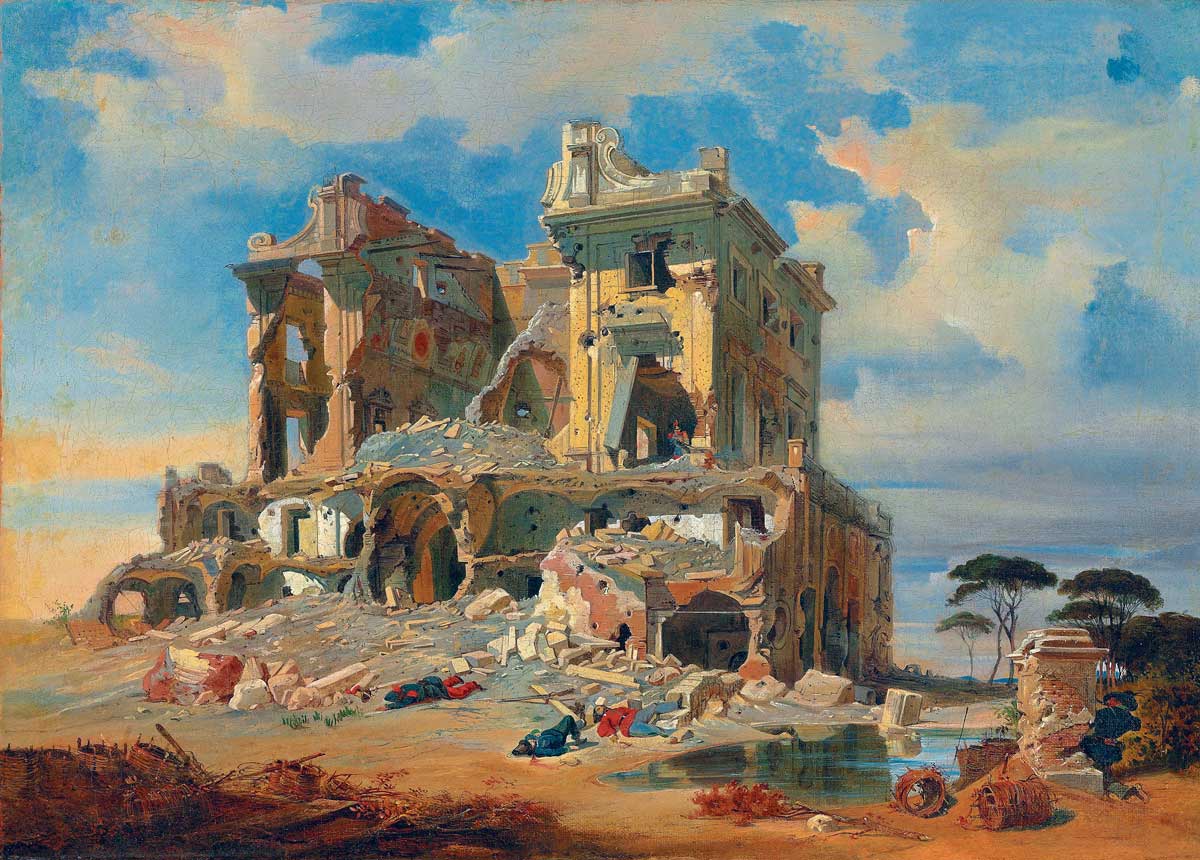 Pope Francis’ dispute with Italy’s outgoing Interior Minister, Matteo Salvini, is a reminder that in Italy relations between Church and State can be fraught. Pitching the Christian message of charity towards the destitute in opposition to Salvini’s ‘crusade’ against the perceived refugee ‘invasion’, Pope Francis might be seen as trying to unite the ‘conscience of the faithful with that of the citizen’. Such were the words employed by the political thinker Carlo Cattaneo, in the mid-19th century, when the recently elected Pope Pius IX seemed willing to embrace the spirit of the time with encouraging open-mindedness.

Just as the spread of liberal ideas had given rise to localised revolutions in Palermo, Paris, Berlin, Vienna, Milan and Venice, Rome seemed to be embarking on a new pathway. Pius IX, a relatively young and inexperienced liberal pope, keen to respond to the plight of the people, not only proclaimed an amnesty of political prisoners in July 1848, but looked towards a more enlightened political direction.

News of the liberal pope spread like wildfire, leading to growing expectations: popular enthusiasm for Pius IX galvanised those who believed he would head Italy’s spiritual renaissance and the liberal national movement.

The timing was significant: the Neo-Guelph movement, which argued that the pope alone could unite Italy, was on the rise. Pius’ apparent goodwill towards political reforms, combined with the news that he had given his blessing to the Risorgimento, were an immense boost to the national movement fighting Austrian dominance in the north of Italy.

Yet by November 1848 all hopes had been dashed. Overwhelmed by the wave of popular enthusiasm that his early reforms had unleashed and reluctant to lead a national revolution, Pius lost his nerve. Indeed, once Piedmont declared war against Austria, Pius announced that his troops would not join the Italian patriots as he could not wage war against Catholic Austria.

Disappointment fuelled discontent among the revolutionaries and, following the assassination of one of the leading institutional figures in Rome, the papal diplomat Pellegrino Rossi, the situation spiralled out of control. The volatile atmosphere that followed led Pius to flee, fearing a bloody revolution, and he found refuge in the Kingdom of the Two Sicilies. From the safety of Gaeta, he appealed to all Catholic countries to come to his rescue against the revolutionaries.

Indeed, in Rome, the end of temporal power had been declared and a new Constitutional Assembly was elected on 9 February 1849. Keen to restore calm and determined that liberal values should triumph, the revolutionaries entrusted the Roman Republic to the one patriot able to steer it through a volatile situation. Giuseppe Mazzini, the Italian patriot and revolutionary, who had been exiled for more than a decade, was on his way to Rome.

Mazzini’s vision for the Roman Republic transcended the regional limits of the pope’s territories: Rome was a stepping stone towards the establishment of a national, democratic republic. Republican Rome would be a beacon for the rest of Italy and a model for liberals everywhere. After settling in London in 1837, Mazzini had made a name for himself as a charismatic and passionate supporter of democratic, national principles. He had gathered a large following, particularly in England, where Victorian radicals were quick to realise the momentous opportunity which opened up in 1849 for Rome, for Italy and for ‘humanity’. While Europe’s sovereigns and emperors condemned the establishment of the republic, the radical press, Chartist poets and English republican orators reported with hope on the achievements and progress of the newly established republican government.

Indeed, the Roman Republic was a significant, if shortlived, experiment in constitutional and democratic governance: it abolished the death penalty, guaranteed freedom of worship and freedom of association and banned censorship. It also introduced universal (male) suffrage, a landmark in the history of Italy. Once the Roman Republic was brought to its knees, Italians would have to wait until 1946 for universal suffrage.

International observers watched the developments in Rome with keen interest: in England, Protestants on one side viewed the flight of the pope as an opportunity for Italy’s spiritual resurgence, while, on the other side, Parliament was too fearful of the spread of republican ideas to give the Roman Republic its support. The conservative press throughout Europe was alarmed, reporting of revolutionaries waving red flags and looting. Only the US recognised the newly formed government in Rome, albeit belatedly. With no formal recognition from European governments, the Roman Republic was doomed and, when the French emperor sent General Oudinot’s army to fight in the name of the pope, the fate of the small democratic republic was sealed. Condemnation of the French intervention in English radical papers, such as Punch, did nothing to change the British establishment’s attitude towards the Republic. Indeed, Britain, wary of republican ideology, only condemned the intervention once Rome had suffered heavy bombardment from the French.

In June 1849 the French besieged Rome. Neither ruins nor villas were spared the bombing. Bloody battles were fought as patriots – men and women – following Mazzini’s vision and under the charismatic leadership of Guiseppe Garibaldi, tried to defend the city. Revolutionaries had rallied around the city, not just from all parts of Italy but from abroad, too.

As the city surrendered to the force of the French troops, Pius IX prepared to return to Rome. His early resolve to uphold the rights of the people, had, without the confidence of carrying things through, resulted in the siege of Rome and the ruthless massacre of patriots and civilians alike.

Marcella Pellegrino Sutcliffe is Visiting Fellow at the Institute of Education, UCL and the author of Victorian Radicals and Italian Democrats (Boydell & Brewer, 2014).