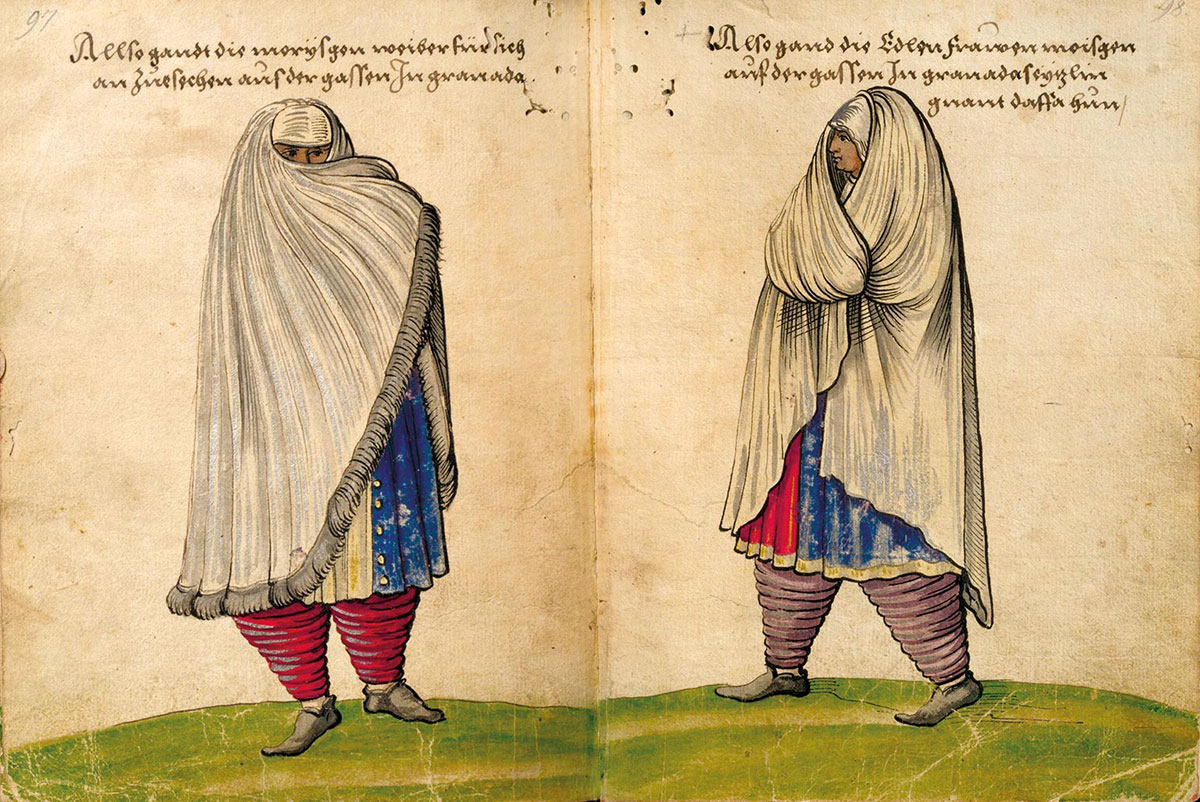 In the summer of 1501 an adolescent called Catalina left Moorish Granada to begin a new life in England. On disembarking at Plymouth, la infanta Catalina, daughter of Ferdinand and Isabella of Spain, had her name anglicised to Catherine and prepared to marry Prince Arthur, heir of Henry VII. With Catherine of Aragon on that journey was another Catalina, one whose real identity has been obscured by enslavement and historical conflation. Yet she may have known the truth about an enigma that still beguiles us five centuries later.

In the records, Catalina is identified as a slave and royal bedmaker. She is not accorded a surname and Catalina was probably not her real name. She was born in Motril, Granada, which until 1492 was an autonomous Muslim kingdom. As such, she almost certainly grew up a Muslim moor. But before 1501 she was enslaved, probably converted and placed in the service of Catherine of Aragon.

In the wake of the Reconquista of Granada by Ferdinand and Isabella, Muslim moors were considered the spoils of war. Corsairs seized and enslaved Moorish travellers, while others were enslaved as punishment for such crimes as pleading for alms without a permit, or gathering in groups of more than four. In some cases, enslavement was a reprisal for resisting the ‘Catholic monarchs’. When the city of Malaga finally fell in the siege of 1487, Ferdinand and Isabella condemned the entire population to slavery or death. By then, there were several slaves in royal service, including those seized from recently claimed territories in the Canary Islands and the New World. The Spanish rulers proclaimed the widening horizons of their empire by enslaving and displaying their power over its people.

Most slaves in royal service converted to Christianity, changing their names in the process. This is almost certainly how Catalina gained her name. Since she shared it with Catherine of Aragon, she might have followed the custom of adopting her mistress’ name.

What is certain is that Catalina was among the 60 servants who travelled with Catherine to her new home in 1501. When Catherine entered London that November she made a public display of her foreignness, riding ‘a mule richly trapped after the manner of Spain’, her auburn hair capped by a large braided hat. Her Spanish ladies wore ‘busteous and marvellous’ hooped gowns. Garbed in Granadan dress and sandals, Catalina was almost certainly one of those described – with more rhetorical flourish than cultural sensitivity – by Thomas More as ‘barefoot pygmy Ethiopians’.

On Catherine’s marriage, her Spanish household travelled with Prince Arthur to his court at Ludlow. There, it was Catalina’s duty to make Catherine’s bed and attend ‘to other secret services’ of an intimate nature. Carrying the linen sheets to and from the royal bedchamber, Catalina was in a unique position to know whether Catherine and Arthur’s marriage was ever consummated. That question became of vital importance in the decades ahead.

There was little time for Catalina to adjust to her new life. In April 1502 Arthur died and the widowed Catherine moved to London, transporting her household into a miserable seven years of increasing penury and discomfort. Catalina continued to serve Catherine, although other Spanish attendants left to serve the English royal court. The African trumpeter John Blanke, who probably also arrived in England as part of Catherine’s retinue, entered the service of Henry VII by 1507.

In 1509 the accession of Henry VIII changed Catalina’s circumstances once again. Catherine married the teenage king and Catalina was once more in attendance at the royal bed. Intriguingly, one Spanish account reports that Catalina ‘was present the first time the Queen and Henry were united as one’, suggesting she was a witness to their first sexual encounter.

By 1527, Catherine was menopausal and only one living daughter was born to the couple. Henry sought an annulment on the grounds that Catherine’s marriage to Arthur invalidated their union. Catherine insisted her first marriage had never been consummated. Catalina’s first-hand knowledge of the princess’s bedsheets became a matter of national importance.

By this point Catalina had left Catherine’s service and England, marrying a Moorish crossbow-maker called Oviedo in Ezcaray, northern Spain. To travel freely and marry, Catalina must have been liberated from slavery. It is not clear whether Catherine manumitted Catalina formally (in Spain this usually involved the payment of a redemption fee) or if Catalina’s service in England, which lacked a code for modern slavery, freed her. Catalina returned to Granada. She and Oviedo had two daughters before he died in Malaga, by 1531. As a widowed mother, Catalina moved back to her hometown of Motril. There, she was sought by Spanish agents seeking to confirm Catherine’s story, but if Catalina provided testimony about Catherine’s virginity, it has not been recovered. After 1531, Catalina disappeared from the records.

Centuries after her death, the enslaved Catalina was conflated with another member of Catherine of Aragon’s household, the high-ranking Doña Catalina de Cardones/Cardenas. This confusion seems to have arisen from the 1874 work of Mariano Roca de Togores, Marques de Molins, who indexes ‘Cardones’ as a slave girl in Catherine’s chamber. Contemporary Spanish references to Catalina the slave never accorded her a surname and transcriptions of the Spanish state papers kept in the National Archives refer to ‘Catalina de Cardenas’. The Cardenas were a high-ranking Spanish family with royal connections: any daughter of theirs is unlikely to have married a humble Moorish crossbow-maker. Cardenas’ high birth is reflected in the list of Catherine of Aragon’s attendants compiled in 1501: she is listed third in precedence and given the honourable appellation of ‘Doña’. Towards the bottom of the list, unnamed, are ‘two slaves’. One of them must be Catalina.

Thus the Granadan Catalina has continued to be misidentified. We should now surely recognise her by the hometown to which she chose to return; not as Catalina ‘once the queen’s slave’ or ‘Catalina de Cardenas’, but as Catalina of Motril.

Lauren Johnson is the author of So Great a Prince: England and the Accession of Henry VIII (Head of Zeus, 2016) and a forthcoming biography of Henry VI.