Never fully exorcised, the memory of Italy’s fascist past is fading. 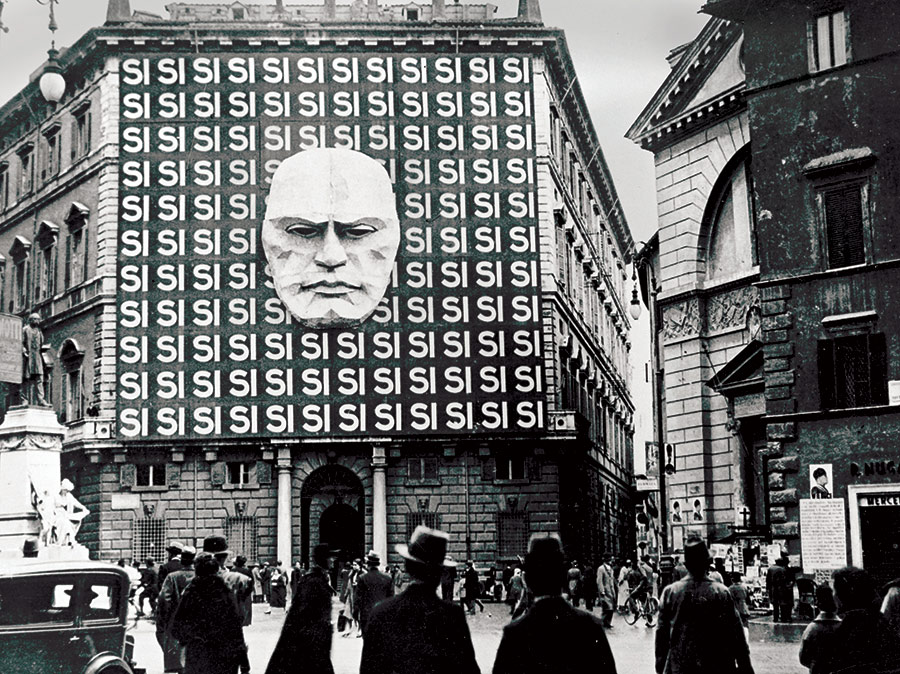 Italy’s Fascist regime ended on 25 July 1943, when Benito Mussolini was arrested on order of the king, Victor Emmanuel III. But fascism was not dead. Democracy was not established until the end of the war and the death of Il Duce – shot by partisans in April 1945. Italy’s postwar leaders were anxious to avoid any repeat of a dictatorship. The postwar constitution – ratified in 1948 – was designed explicitly to prevent the concentration and abuse of power. Rights were guaranteed (to strike, for example, or not to be arrested arbitrarily) and reform was made extremely difficult.

Fascism remained largely taboo in the 1940s and 1950s, although fear of its return was constant. A small but combative neo-fascist party won around five per cent of the vote, but was on principle excluded from structures of control. In 1960, the ruling Christian Democrats attempted to use the votes of the neo-fascists to form a government. Mass outrage resulted in riots and protests. A number of demonstrators were shot dead. The tactic was abandoned and the neo-fascists remained outside of the political mainstream for the next 30 years or so.

Nonetheless, fascism was a latent presence in postwar Italy. Neo-fascists were involved in a number of massacres and violent attacks on democratic institutions in the 1960s and 1970s. Young people were recruited to ‘black’ organisations. The failure to fully acknowledge the deep-rooted nature of fascism in Italian society and to purge Fascist officials from the state and the judiciary meant there was continuity in many areas. A magistrate called Gaetano Azzariti, for example, who had presided over the much-hated Tribunal of Race, which applied the antisemitic laws passed by Mussolini in the 1930s, was allowed to stay within the judiciary. He rose to become the president of Italy’s Constitutional Court; a bust of him still stands in the court’s buildings in Rome. Across society, ex-fascists moved seamlessly from regime to democracy. Italy’s ambiguous postwar status – neither victor nor vanquished – helped to explain this lack of clarity towards fascism, the past, its monuments and its legacy. Not one Italian was prosecuted for war crimes. The Allies were complicit in the forgetting. Italy’s war experience was cast as one of victimhood, exemplified in the stereotype of the ‘good Italian’. Historians, too, were complicit.

A sort of ‘pact of forgetting’ affected many of the state’s institutions, including the police and the army. Thus, although Italy was still a democratic republic, as its constitution stated, its institutions were often full of people who had worked for, and often profited from, the regime. Fascism was gone, but many Fascists were still around. 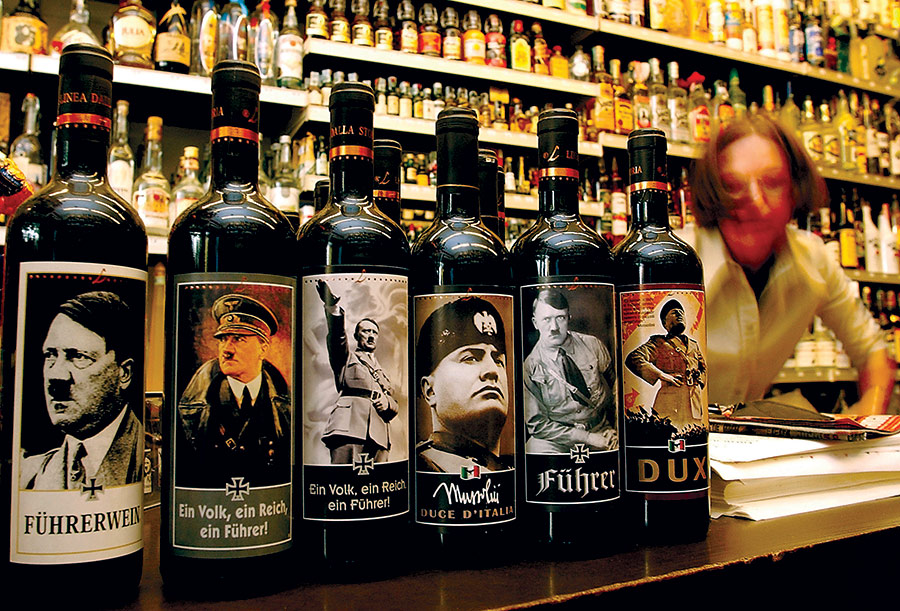 This deep ambiguity meant, for example, that there was no national policy on Fascist murals. Some were beautifully restored, some were covered with curtains, some were painted over. Huge Fascist monuments remained in place and were sources of conflict, as with the enormous arch in Bolzano, which was known as the Monument to Victory – a reference to the First World War, which led to divisions between the Italian and German-speaking populations there. But fascism was not just symbolic. In 1970, an attempted coup, organised by leading ex-fascists, tried to take power in Rome. It was later hushed up by the authorities.

Politically, however, a broad anti-fascist consensus held sway until the 1990s. With the end of the Cold War and the collapse of the mass party system which had governed Italy since 1945, things began to change. Anti-anti-fascism and post-fascism entered the political lexicon. The neo-fascist party changed its name to National Alliance and made some mild criticisms of its own past. Amid the shocking Tangentopoli (Bribesville) corruption scandal, populists emerged from the rubble of the First Republic with new messages and new political formations. One of them was Silvio Berlusconi: TV magnate, football club owner and showman. Berlusconi reached out to allies on the right and centre-right – including those tainted with the mark of neo-fascism. It was Berlusconi who brought the neo-fascists back into the political fold in 1994, making an agreement with the National Alliance and with another populist grouping formed from the ruins of the collapse of the parties – the regionalist Lega Nord.

In the 1990s and 2000s, as a result of this political ‘return from the wilderness’, neo-fascists took power at national and local level and, when they did, they often revealed a deep nostalgia for Mussolini and the 1920s and 1930s. Monuments were restored to their full, Fascist glory. Occasionally, and shockingly, new memorials were erected to leading Fascists, such as that dedicated to the war criminal Rodolfo Graziani (paid for with public money) in his home town Affile, near Rome. New neo-fascist movements also emerged, attracting young people to the fold, as with the innovative CasaPound movement, which began in 2003 when a group of fascists began squatting in a state building in Rome. Meanwhile, the long wave of anti-fascism in Italy was on the wane. The postwar generation of partisan veterans was dying out. Resistance celebrations had become tired and repetitive. Anti-fascist values no longer seemed central to the ethos of the Republic.

Today, Italy is governed by two populist movements, neither of whom make reference to anti-fascism in their policies or outlook. The internet-based Five Star Movement claims to be ‘neither left nor right’ and has based its rise to power on the mobilisation of marginalised Italians with a powerful and often violent anti-political message. Its supposedly hyper-democratic stance often disguises a hierarchical and rhetorical appeal to ‘the web’ and it has promoted a number of conspiracy theories. The other key player in the current administration is the Lega (formerly the Lega Nord), whose anti-immigrant message under leader Matteo Salvini, a history graduate, has proven highly toxic – and successful. Post-anti-fascism is now centre stage. The anti-fascist resistance of the postwar era is now as distant to current generations as the unification of Italy was to those of the 1920s and 1930s. Plaques to partisans – ‘martyrs for freedom’ – stand, almost unnoticed, across the country. Is Italy still a ‘democratic republic, based on labour’, as stated in the first article of its anti-fascist Constitution? And will it remain one?

John Foot is Professor of Modern Italian History at the University of Bristol. He is the author of The Archipelago: Italy Since 1945 (Bloomsbury, 2018).