A long and detailed challenge to the modern cult of memory. 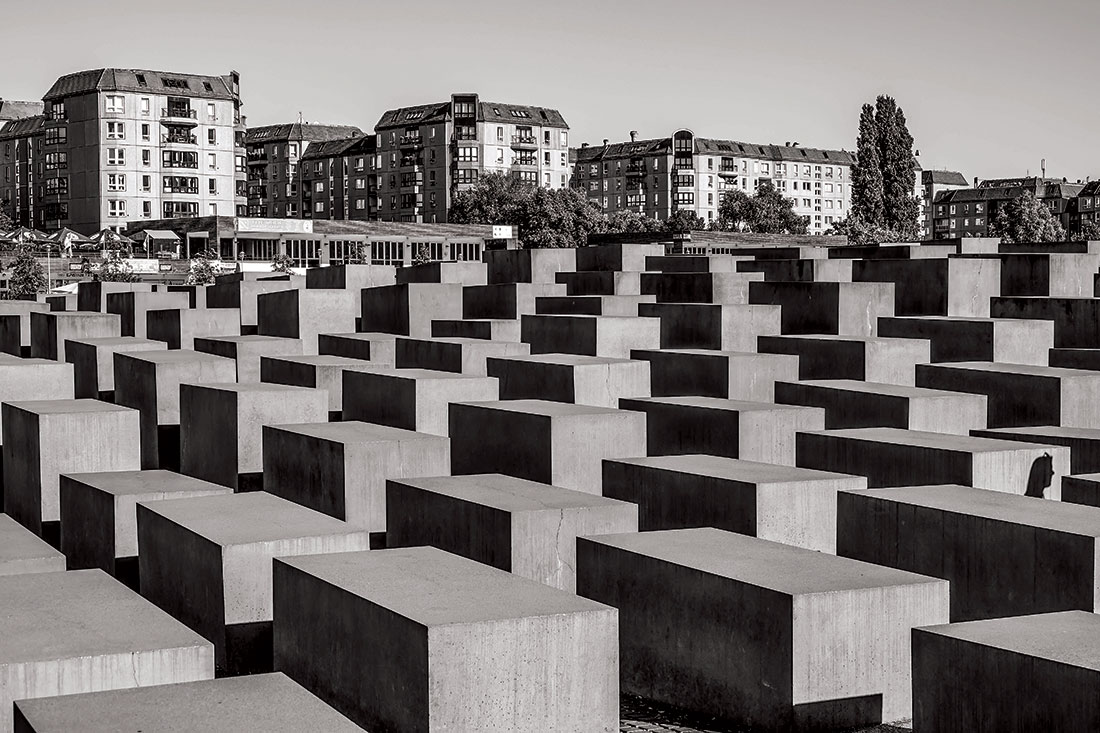 There is a huge literature on the Third Reich and the explosion of state violence it provoked, first in Germany and then across Europe. The destruction of tens of millions of people culled from ethnic groups, above all European Jewry but also Slavs, Roma and Sinti and gay men and women, as well as members of political organisations considered enemies of the Nazi state, has come to define the historical narrative of the Second World War.

Just as pervasively, the collective memory of this paroxysm of state-sponsored mass murder shapes the moral universe of modern Europeans. Above all, the destruction of more than five and a half million Jews by the political agents of a modern European state has evolved into an ethical pivot that is consecrated in numerous state-sponsored and grassroots memorials, as well as by scores of new ‘Holocaust Museums’. To what end and why?

The many different acts of remembering and memorialising the Holocaust, inspired by the moral axiom of ‘Never Again’, have not prevented genocides unfolding in the Balkans, Africa and South-east Asia. To remember and memorialise seems tantamount to acting and thinking without effect or impact. Mary Fulbrook’s monumental book Reckonings makes a case for challenging the modern cult of memory and situates the rituals of memorialising in the context of the catastrophic failure of the postwar quest for justice in the successor states of the Third Reich.

To begin with, Fulbrook has to cover familiar ground but, when the book begins exploring the ‘T4’ euthanasia programme, the narrative gathers momentum. She directly juxtaposes the stories of some of the tens of thousands of Germans, murdered because they were judged to be ‘useless mouths’, with the stories of the perpetrators: the doctors and administrators who, in 1942, would be transferred to use their ‘expertise’ in the ‘Reinhard’ death camps in occupied Poland. We begin to understand that this juxtaposing of perpetrators, victims and bystanders is one of the arcs of this very long book. The enactment of unspeakable atrocities in occupied Europe depended on the involvement of tens of thousands of men and women who carried out the killings directly or managed and facilitated the slaughters. Fulbrook emphasises that, while Nazi state violence fell most heavily on European Jewry, the ideology of the state encompassed other victim groups, most significantly Sinti and Roma people. Discrimination against these other victims persisted long after the war was over.

Fulbrook threads through her meticulously constructed narrative a compelling account of the fate of the people of Mielec, an obscure Polish village east of Kraków. The German invasion shattered its Jewish community and those Jews who did not immediately perish were exploited as slaves by the nearby Heinkel factory. Mielec was a microcosm of violence and plunder. Fulbrook is as helpless as any other historian to explain why human beings carried out these grotesque crimes – but her book has another purpose. In clinical detail, Fulbrook shows how and why postwar trials in both Germanies and Austria failed to apply proper judgment to the enormous range of culpabilities, especially with regard to German companies and business leaders, such as Friedrich Flick and Ernst Heinkel, who had cold-bloodedly exploited the lethal system of slave labour that was integral to the Nazi state. In many cases, elites that had served the Nazi state and profited from slave labour were treated with shocking leniency, while lower level camp functionaries were harshly punished. Close-knit and supportive groups of former agents of the Nazi state won sympathy from judges and exploited German law, while witnesses were often intimidated – many feared having to return to Germany.

The shabby history of postwar trials in the successor states of the Third Reich is not an unfamiliar story, but one of the most impressive achievements of Reckonings is to weave together a forensic account that exposes what was essentially a kind of legalised clemency which integrated most former Nazis into society while scapegoating just a few. As Fulbrook points out, the more efficient and murderous the persecution the less likely the success of prosecuting perpetrators, since so few witnesses survived. She concludes that the ‘Auschwitz’ and other trials held in both Germanies in the 1960s drew public attention to the Nazi system ‘but what they did not do was bring the vast majority of those who were guilty of mass murder and collective violence to any sort of justice’. And yet, in the aftermath of these deeply flawed trials, West Germany found ways to promote the fiction that the nation of perpetrators was ‘facing the Nazi past’ to secure a better international reputation.

After unification, the leaders of the new Germany discovered that erecting much lauded and expensive gestures of memorialisation, such as the Memorial to the Murdered Jews of Europe, built in the heart of the new capital Berlin, could shape how the past of the nation of perpetrators is represented – and occlude the abject failure to enact justice. Reputational success, she insists, was at odds with the actual record of the courts. Fulbrook returns frequently to the most infamous and, in some ways, misunderstood site of the German genocide, the Auschwitz concentration camp. Today it is a crowded pilgrimage site. Why do so many come here? By demanding that we confront these troubling questions, she demonstrates that ‘reckoning’ remains a stubbornly incomplete and compromised task. This masterly book challenges the ways, seven decades after the end of the war, that Europeans remember and commemorate a crime that still lies beyond understanding.

Christopher Hale is a non-fiction author and documentary producer. He is currently working on Deception, a new book about the German occupation of Hungary.