History suggests that closer collaboration and rradical new thinking between the central state and Cooperativisim could yet yield positive results. 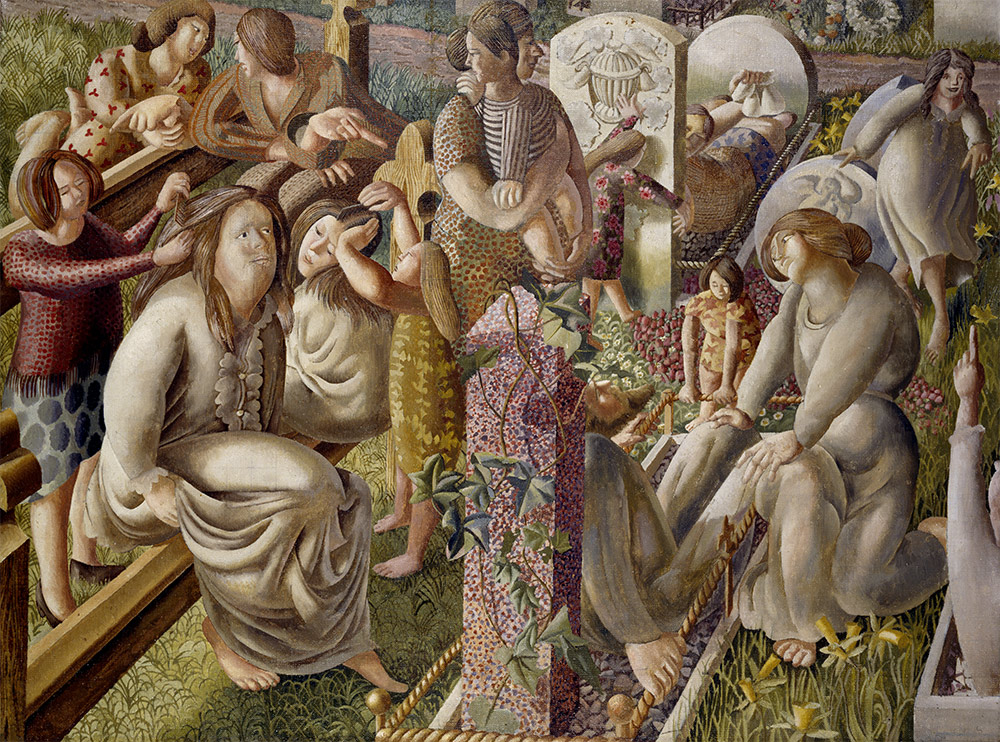 At first glance, the Ackers and Reid volume comes as a bit of a surprise. First, the cover is a surprise, because a painting of women climbing out of their graves in order to comb each other’s hair and tidy up a bit is not a picture one would normally associate with histories of labour. Second, the title is a surprise because, after a century of Labour in and out of government, the very idea of an alternative to the central state in Britain seems very strange – almost as strange as those scenes from Stanley Spencer’s The Resurrection. However, the editors get it right. The history of British socialism is far richer than government ministers pulling the levers of (what they presume to be) ‘power’. This book does not say what a contemporary alternative to state socialism might look like, but it does remind us of its other traditions, including municipal and guild socialism, as well as trade unionism and the Cooperative movement.

Also included in this valuable book are a number of forgotten figures of the wider left, including Edward Cadbury (chocolate socialist), Walter Citrine (influential trade unionist), G.D.H. Cole (muddled intellectual) and Michael Young (brilliant political entrepreneur). In his chapter on Ken Livingstone’s GLC (1981-86), Stuart White gives us a glimpse of what he thinks at least one alternative to central state socialism might look like in practice. Spencer’s image of women taking control finally begins to fit.

Ackers and Reid are combative but do not offer any theoretical discussion of what these alternative socialisms were up against. Nor do they stress the scale and ambition of independent working-class projects up to (and beyond) the rise of Labour.

Stephen Yeo’s mighty fable does both. George Jacob Holyoake was born in the year of the Pentrich Rising (1817) and died in the year of Labour’s entry into the state (1906). He seemed to spend his time in between agitating for Cooperation as a new life order.  Holyoake never stopped scribbling, just as the social movement he addressed never stopped flexing. In 1905, Cooperation alone had two and a half million members, the trade unions over two million and the friendly societies over six million. This was an enormous achievement and Holyoake spent his life not only building it but trying to think how it might act in concert.

Of all parties, Labour should have welcomed and encouraged these movements as partners in government.  Beveridge certainly thought so and planned the welfare state accordingly. However, it did not happen and Labour put all its trust in the Whitehall machine. At a time when Jeremy Corbyn’s government-in-waiting is promising an all-you-can-ask-for central state, it is worth considering Yeo’s conclusions. First, having the state do things for us does not necessarily make us happier. Second, cooperation is with us now anyway, in all that we do. Third, we do not have to wait until we agree in order to cooperate. It is structures that count, not opinions. How does that sound?

In 1895 the Cooperative Congress talked for three days in Paisley on how best to sell groceries, distribute profits and align with other producers. ‘Ah but’, Yeo writes, ‘at this point a modern metropolitan networker might be tempted to sigh, alert to Patriarchy, Bureaucracy, and English Insularity and imply that these were all sad reasons for the “failure” of the Cooperative movement.’  Failure?  ‘Ah but’, repeats Yeo, ‘a contemporary participant of either gender might have replied, “here we ARE. In your time, will you do any better?’”

Good question. Are we doing any better? Aneurin Bevan’s quip that the central state meant that falling bedpans in Tredegar would echo in the corridors of Whitehall still seems Labour’s only thought. Against that, it is true the Cooperative Group are not the world’s sexiest political outfit and recent scandals at the Cooperative Bank are not the stuff of which dreams are made. In this light, Holyoake’s journey towards a Cooperative society might seem a long way off, but we live in an age when something has to give and ideas don’t have to wait their time. As federalism looks increasingly plausible in Britain, as globalisation runs out of rope and Europe transforms itself in the light of Brexit, stranger things have happened than a reinvention of International Cooperativism for some of our ills.