Shampooing was brought to Britain by a Bengali immigrant who knew his craft – and how to sell it. 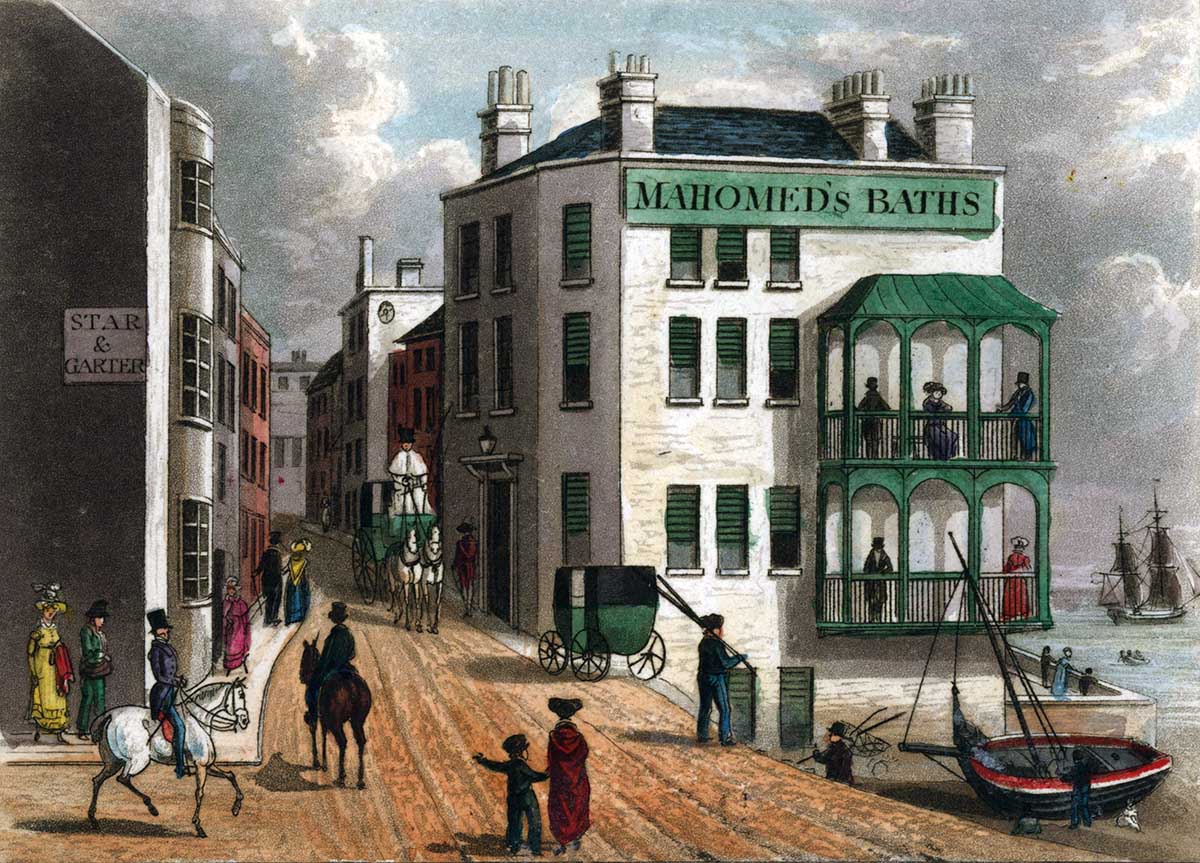 Shampooing is part of everyday hygiene. But where did it come from? In the 19th century, the art of shampooing travelled from British India to the Empire’s heart, Britain. It did so thanks, in part, to one Indian immigrant, Sake Dean Mahomed (also spelled as Mahomet or Mohamed).

The English word ‘shampoo’ has its roots in the Hindi term champoo (sometimes champi/champy or champna), which means ‘kneading’ or ‘massaging’. People have always washed their hair and bodies, but washing accompanied by a therapeutic massage of the scalp and the body was imported into Europe, largely through Britain, from India. The word ‘shampoo’ did not take its modern meaning, limited to hair-washing, until the late 1800s. Before the 1860s, shampooing referred to therapeutic massaging – of not only the head but of the entire body – before bathing.