From ancient Greece to the Second World War, from the papacy to the Antichrist, from Byzantium to China and the story of the Jewish people, historians select their favourite books of the past year. 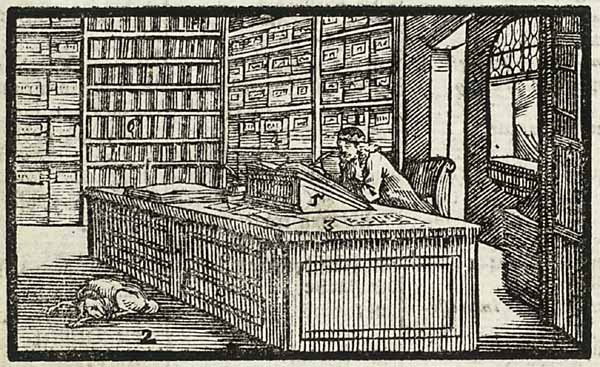 Averil Cameron
My choice is Minoo Dinshaw’s biography, Outlandish Knight: The Byzantine Life of Steven Runciman (Allen Lane). Steven Runciman was a historian of Byzantium, who was also a member of a louche social set in the Cambridge of the 1920s and was photographed by Cecil Beaton. He was a friend of the literary scholar and theatre director Dadie Rylands and had Guy Burgess as his pupil.

Runciman loved anyone royal, adored travelling and, as soon as he could afford it, he resigned from his fellowship at Trinity College, Cambridge and lived the rest of his life enjoying travel, friendships and gossip. Yet Runciman also wrote a string of major books on Byzantine history, most famously his three-volume History of the Crusades, and died at the age of 97 in 2000. Dinshaw’s book is a fascinating read, though it still leaves us wondering what really made Runciman tick.

Michael Burleigh
Christopher Coker is one of this country’s leading thinkers about war, past, present and future. Unusually for an international relations specialist, he has an enormous range of historical and literary knowledge, which he deploys to great effect. His The Improbable War: China, the United States and the Logic of Great Power Conflict (Hurst) explodes the belief that greater economic co-dependency and common interests will prevent the US and China going to war in Asia-Pacific. Coker has many interesting things to say about the role of ‘irrationality’ in conflict, whether based on honour or resentment, as well as on how culture influences and shapes strategic thinking. The book culminates with how such a war might be fought, at sea, in the air and in both space and cyberspace. This is a stimulating book by one of this country’s least flashy public intellectuals and a timely antidote to the much-hyped ‘Thucydides Trap’ thesis that rising and declining powers are destined to clash.

Lucy Delap
Senia Pešeta’s Irish Nationalist Women, 1900-1918 (Cambridge) argues for a long and active feminist dimension to Irish nationalist politics, as well as charting the obstacles faced by ‘advanced women’. It helps us rethink the Irish political sphere as a more contested, plural space than previous histories allowed. In the same period, Anne Summers has produced a wonderfully readable study, Christian and Jewish Women in Britain, 1880-1940 (Palgrave). She contributes to the important task of writing multicultural elements into Victorian and Edwardian history. Her focus on activist, philanthropic women puts gender at the heart of this narrative. Finally, Durba Ghosh’s Gentlemanly Terrorists (Cambridge) looks at the violence of elite anticolonial militants in India between 1919 and 1947. Rather than Ghandi’s non-violence, Ghosh places the insurgency as central to Indian nationalism, and tracks its enduring impact.

Gordon Campbell
Since the English and Scottish Reformations, Protestant Britons have tended to characterise their country as a Protestant one and rabid Protestants have regarded the Pope as the Antichrist. The question of how the popes felt about Britain is seldom discussed. Stella Fletcher, in The Popes and Britain (I.B. Tauris), offers a compendious history of relations between the papacy and Britain from Late Antiquity to the present. The sweep of the volume is broad and the lightly worn scholarship is formidable. Dr Fletcher is primarily an Italian historian, but she has also published books on English cardinals and on Wolsey in his European context, so she is insightful on both British and papal perspectives. Her prose is elegant, accessible and free of jargon. I much enjoyed reading it and learned more than I care to admit.

Judith Flanders
This summer I was privileged to be an adviser to the Cundill Prize for History Writing and thus saw hundreds of history books, almost all of which I wanted to read. Among my favourites was James Sharpe’s A Fiery & Furious People: A History of Violence in England (Random House), which was satisfyingly detailed, yet with a convincing overarching thesis.

Douglas Smith’s Rasputin (Macmillan) was similarly thrilling, setting the truths and the myths of the ‘mad monk’ in a robust historical context.

Daniel Coleman’s Yardwork: A Biography of an Urban Place (Wolsak and Wynne) links social history, ecology and political history with an exploration of what we mean by ‘home’.

The book I would most like to have written, however, was Rosemary Ashton’s One Hot Summer: Dickens, Darwin, Disraeli and the Great Stink of 1858 (Yale). She is the best at navigating the hidden rapids of life, politics, art and popular culture.

Sarah Mortimer
I have chosen Robert Bireley’s new edition and translation of Giovanni Botero’s The Reason of State (CUP). It was written in 1589, a couple of generations after Niccolò Machiavelli’s The Prince had first explained the dark arts of politics and sent a thrill of horror and excitement across Europe. Botero was adamant that a prince could be both moral and effective and The Reason of State set out a new version of Catholic statecraft to enable rulers to meet the demands of a corrupt and changing world. It was highly influential – and provocative – but is now little known; thankfully, that looks set to be changed by Bireley’s new edition. His lively translation and introduction bring out Botero’s own agenda and show the enduring importance of the work. Today, Botero’s claim that political success and moral virtue can indeed be united seems no less relevant or challenging than when first published in the 16th century.

Paul Cartledge
This was the year of statue-anxiety, from Charlottesville to Oxford to Caracas. Vincent Azoulay’s 2014 Les Tyrannicides – now available from OUP as The Tyrant-Slayers of Ancient Athens: A Tale of Two Statues – is therefore opportune in the extreme. Tyrant-slaying was quite the thing in ancient Greece, from the sixth century bc onwards. Nowhere more so than Athens. It is indeed on the two Athenian tyrant-slayers, Harmodius and Aritogeiton, that Azoulay brings the full force of his considerable acumen and wide-ranging research to bear. For those who are familiar with only the rather debased Roman copies that grace Naples’ Museo Archeologico, this handsome monograph will come as a revelation. Historians of religion and politics will likewise be stimulated to muse on the nuances of hero-worship focused paradoxically on two unusual aristocrats.

Peter Frankopan
My two favourite history books this year are, first, Simon Schama’s magnificent Story of the Jews: Belonging 1492-1900 (The Bodley Head). It’s a riveting read, bursting with anecdote, colour and wit. Schama uses individual stories to highlight horror and suffering, but also to illustrate bravery, achievement and hope. Second: Nicholas Shakespeare’s Six Minutes in May: How Churchill Unexpectedly became Prime Minister (Harvill Secker) is as gripping as a novel. Apart from being meticulously researched, thoroughly original and beautifully written, the book is an important reminder of the fact that the direction of history can change in a heartbeat. It also provides an important corrective to the rise of Winston Churchill – and shows how memory of the Second World War and of Churchill’s premiership were carefully marshalled after 1945. Wonderful stuff.

Carol Richardson
Humans love patterns (call them histories, if you like) that mean certainty and predictability: control. Black and white; no grey. Winners and losers; no collateral damage. Pankaj Mishra’s unsettling book, Age of Anger: A History of the Present (Penguin), looks for historical origins for today’s chaos. Opening with a powerful 1922 Karl Mannheim quote, that ‘we carry within us more love, and above all more longing than today’s society is able to satisfy’, Mishra adheres to Isaiah Berlin’s line that humanity is united by enlightened self-interest but divided by what Freud called the ‘narcissism of small differences’. Some reviewers questioned Mishra’s correlation between contemporary popular discontent and the big ideas of history’s intellectual elite.

It is time, he concludes, ‘for some truly transformative thinking, about both the self and the world’. To parody Bill Clinton’s tag line, it’s the history, stupid.

Philippa Joseph
In Sicily and the Enlightenment (I.B. Tauris), the late Angus Campbell gave us the diplomatic dispatches and private letters of Domenico Caracciolo (1715-89), viceroy and later prime minister of the Kingdom of the Two Sicilies. This brought alive Sicily’s then outdated feudal rule and the extravagance of the island’s patrician families with their profligate lifestyle. Caracciolo arrived in Sicily having been in the milieu of leading figures of the French Enlightenment while a diplomat in Paris. Though thwarted in his attempts to effect radical reforms of baronial privilege, he did help abolish the Inquisition on Sicily and worked to liberate peasants from barbaric oppression. Sarah Dunant’s meticulously researched novel, In the Name of the Family (Virago), told us more about the papacy of Alexander VI than have countless academic texts. In particular, I liked Lucrezia’s reputational rehabilitation. As for Alexander, his reputation never stood a chance when he had Cesare as his PR manager.

Paul Lay
Britain’s Conservative Party is held up as the most successful of modern democratic parties, though one wouldn’t know it given its present condition. One of the architects of conservatism, as an intellectual tradition as well as a political force, is Edmund Burke. He’s the subject of an intriguing, surprisingly accessible study by Emily Jones. Edmund Burke and the Invention of Modern Conservatism, 1830-1914 (OUP) traces the crooked path travelled by the Irish Whig who often found himself at odds with the Tory forerunners of the Conservatives and explains how, by the opening of the First World War, he had been embraced within the Conservative tradition.

Francis O’Gorman’s Forgetfulness: Making the Modern Culture of Amnesia (Bloomsbury) is a timely account of the West’s slow drift from history, starting with the Christian obsession with future redemption and ending with a critique of modern education systems, in which the past is something only to dislike, trivialise or to be examined on.