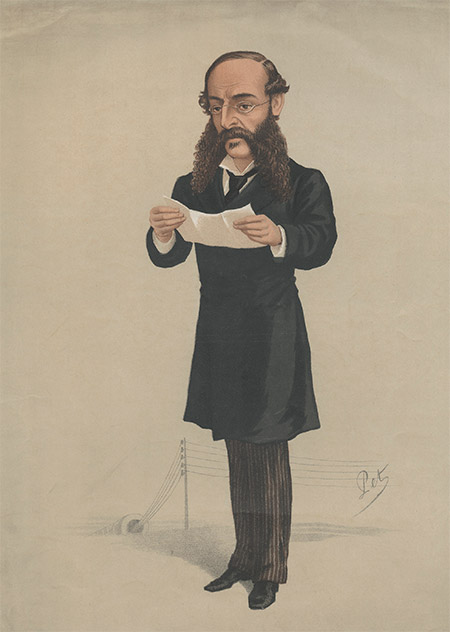 The founder of the Reuters News Agency began life as Israel Beer Josaphat, the son of a rabbi in Cassel, the capital of the Electorate of Hesse-Cassel, which 50 years later was absorbed into Prussia. As a young man, working as a clerk in his uncle’s bank, he was excited by the possibility of using telegraphy, which had been developing since the 1830s, for increasingly rapid news reporting by sending signals along electric wires.

He moved to London in 1845, aged 29, as Paul Julius Reuter. Now converted to Christianity, he was baptised under that name a month afterwards in a Lutheran chapel in London, where he was married to a German woman called Ida Magnus, the daughter of a Lutheran pastor. The couple went to Berlin, where he ran a small firm that published radical pamphlets. That probably drew unwelcome official attention to him when a violent revolution against the king of Prussia broke out in 1848.

The Reuters moved to Paris, where he worked for a news agency, before founding his own agency in Aachen. In 1850 he started using carrier pigeons to carry news to Brussels. The pigeons were faster than trains and from Brussels his messages could be transmitted to Germany and France along electric telegraph lines.

Paul Julius was 34 when he returned to London in 1851 and opened an office near the Stock Exchange, which he persuaded to supply him with its prices in return for details from continental exchanges. He abandoned the pigeons and started using the new telegraph line under the English Channel. Several London newspapers subscribed to his high-speed service. He gave his staff rigorous training and built up a reputation not only for speed but for accuracy.

Reuter acquired British nationality in 1857 and was created Baron Julius de Reuter by the Duke of Saxe-Coburg Gotha in 1871. In 1878 he retired as managing director of Reuters to be succeeded by his son Herbert, though he remained involved in the firm. He was 82 when he died in 1899 at his house in France. His body was brought back for cremation in London. His firm is now Thomson Reuters after it merged with a Canadian company, the Thomson Group, in 2008.