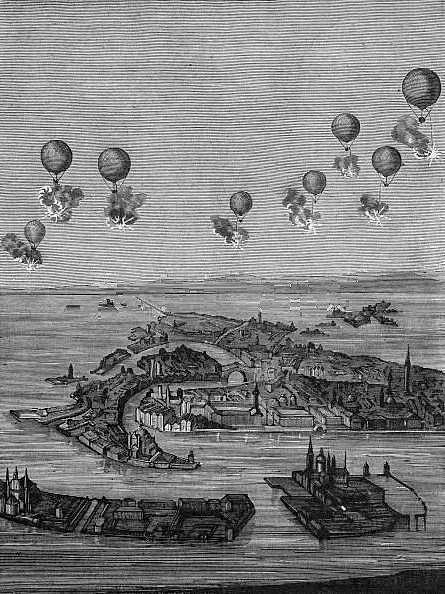 One bright July morning in 1849 the streets of Venice were crowded with people celebrating the Festa of the Madonna della Salute. Although the Republic was at war, and the city actually under siege by the Austrians, all seemed gay and peaceful, when suddenly in the Piazetta, on the Molo and on the Riva degli Schiavoni hands began pointing to the sky.

Floating towards the city from the direction of the sea and shining in the sun were what an American observer, Edmund Flagg, described later as “small cloudlets.” Every five minutes or so, more appeared until about a score of them “came swaying slowly and majestically on from the Lido.”