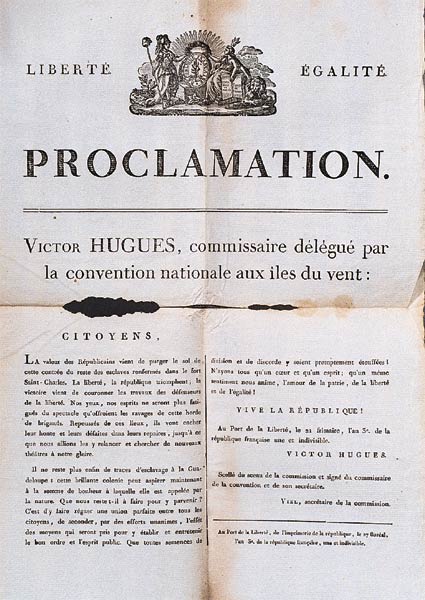 Among the lesser figures of the French Revolution, few excited such a volume of abuse as did Victor Hugues. Contemporary writers- English, American and French - vied with each other in describing him as ‘the demon of republicanism’, ‘the well-known brute’, and even ‘disgustingly lewd cynic’. Certainly he was a womaniser, a spoilsman, and a savage opponent. But he was also a most capable administrator, an early and successful exponent of racial integration, and a master of his own particular brand of warfare.