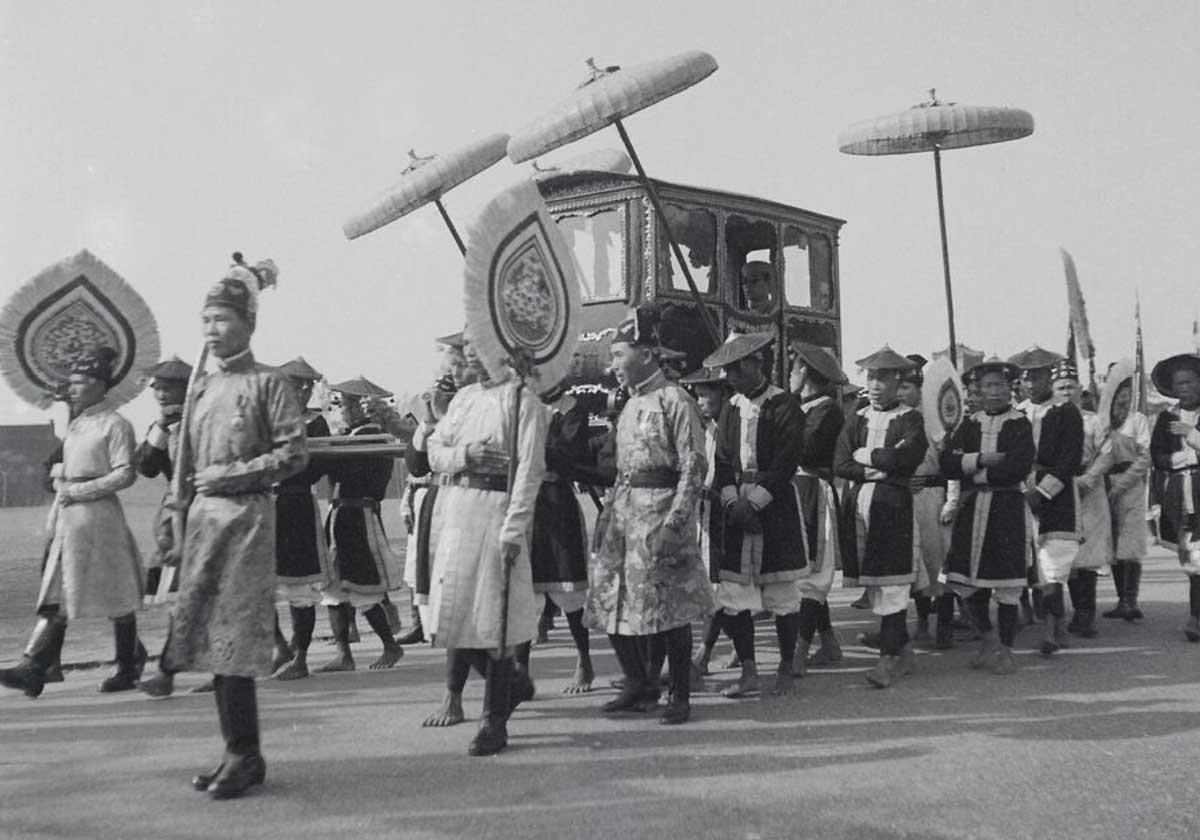 Prince Nguyen Phuc Vinh Thuy was born in Hue in Annam, close to the South China Sea coast. He was the son of Khai Dinh of the Nguyen dynasty, the nominal ruler of Annam, though in reality a French puppet. Annam was part of French Indochina and covered much of present-day Vietnam. Hue was the capital and the royal palace where the little boy grew up was reserved for the rulers and their wives, concubines and other subordinates and forbidden territory for everyone else.

When he was nine the young prince was sent to Paris for a French education, at first at the Lycée Condorcet (whose other former pupils included Marcel Proust). He was 12 when his father died in 1925 and he succeeded to the throne, taking the name Bao Dai, meaning ‘Keeper of Greatness’, which would prove, putting it mildly, something of an overstatement. He then returned to Paris to continue his studies.

A regency took over in Annam until Bao Dai came of age when he was 19 in 1932. The French ran the country until the Japanese conquered French Indochina in 1940. Bao Dai remained the nominal ruler and the French administration continued to operate, but the Japanese were in control. In March 1945 they ousted the French altogether and under threat of ‘eliminating’ him bullied Bao Dai into declaring a new Empire of Vietnam, with himself as emperor, but in August the Japanese surrender ended the Second World War in Asia.

Communist revolutionaries led by Ho Chi Minh now seized power and set up the Democratic Republic of Vietnam. Bao Dai abdicated, but remained on the scene as ‘supreme adviser’. A complicated war broke out between rival Vietnamese factions while the French attempted to recover the country by force. Bao Dai left for Hong Kong. The French lured him back as ‘head of state’ in 1950, but he spent most of his time in France. In 1954 the French were defeated at Dien Bien Phu and the country was divided into North Vietnam under Ho Chi Minh and South Vietnam. Bao Dai was purportedly ‘head of state’ in South Vietnam, but Ngo Dinh Diem ran the country as prime minister, while Bao Dai spent his time in luxury in France and Monte Carlo, where he kept his private yacht.

In 1955 Bao Dai was removed from office by a patently fraudulent vote in a referendum to establish a republic, organised by Diem. The vote was 98 per cent for a republic. Bao Dai had plenty of money and spent his last 40 years and more womanising, gambling and enjoying himself in France until his death aged 83 in 1997.