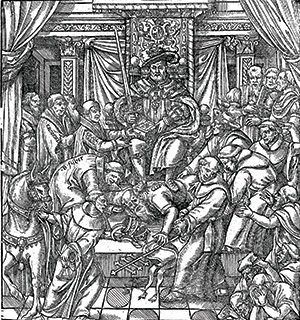 A generation ago, to study the English Reformation was to participate in a cheerful form of trench warfare. Long-held Whiggish positions were being spectacularly bombarded by Christopher Haigh’s wonderful rhetoric and systematically undermined by Eamon Duffy’s devastating arguments; but they weren’t abandoned without a fight. The whole subject was being reduced to whether there was one English Reformation or several, when it (or they) started and finished and whether anyone actually wanted it. If, indeed, it happened at all.

So, for those of us who grew up in the midst of this battle, it is a little disconcerting to realise that peace has broken out. We are becoming used to a new historical landscape, in which (whisper it) we pretty much agree on the broad outline of events.