Teaching History: The Path to Salvation

The Whig interpretation of the past is a moral fable more akin to theology than history, argues Tim Stanley. 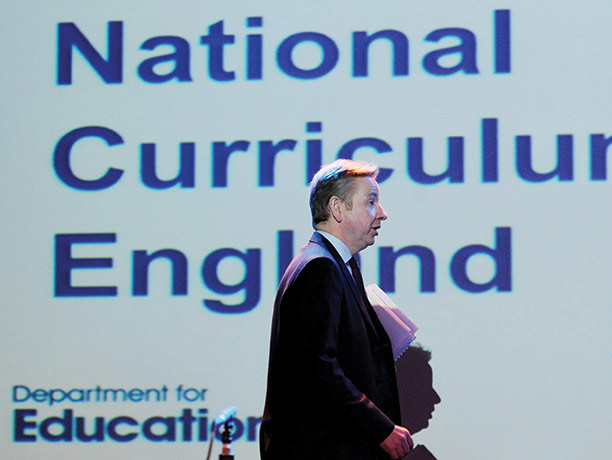 I am a big fan of Michael Gove and his campaign to make schools teach something, but his proposed history curriculum contains a flaw. On the one hand, it is great news that he wants to give every child a working narrative of British history. On the other hand, it is troubling that it is to be accompanied by a meta-narrative of British ‘progress’ – as if history was a moral fable. Giles Fraser, the Anglican cleric, writes warmly of Gove’s proposal:

What is at work here is secularised theology, technically a form of eschatology; the belief that history is the expression of God’s purpose for humanity, that it begins with the fall and works its way towards the salvation of the human race. Here, history is always working towards some final end.

In layman’s terms, admirers of Gove’s curriculum believe British history is a story of progress from medieval despotism to modern democracy.

The problem is that this narrative is rooted in a political myth and peppered with inaccuracies. How do we explain the moral contradictions that exist in British history? For instance, of a society that abolished slavery yet, decades later, expressed overwhelming public sympathy for the Confederacy during the American Civil War? Can we accurately define certain events as ‘progress’ when their consequences were so ambiguous? Was, for example, the Reformation ‘progressive’ for encouraging Biblical literacy or regressive for closing the monasteries that fed the poor? How do we account for moments when British society does not progress but rather regresses, such as the return to absolutism after the Civil Wars? Finally, how do we measure progress and when can we identify where it has been accomplished?

A theme running through all these questions is ‘who gets to define progress?’ and the answer leans towards a particular political viewpoint. In a nutshell, all of human history has been travelling towards the election of David Cameron or Barack Obama. That Gove and Fraser can share a triumphant view of the past reminds us that Gove is less a traditional conservative than he is a 19th-century liberal, wedded to the idea that state-sponsored reform inevitably increases liberty and undoes privilege. There’s nothing innately wrong with that, although it is interesting that the most intellectual member of cabinet does not share the Tory fear of change.

But Gove’s curriculum is open to the charge of indoctrination, running roughshod over those historians and students who don’t share its particular reading of history. What of the schools who stress either contingency or something other than politics as a motor for history? Plenty of socio-economic experts would say that it was the Black Death, not some vague concept of inalienable rights, that made social rebellion in the late 14th century so common, because it increased the leverage of those peasants left alive. Likewise, revisionists may insist that it was less attitudes towards liberty than it was religious fanaticism that decided what side people fought on in the Civil Wars.

There are we unhappy few who simply don’t buy the Whiggish concept of progress at all. To invert Giles Fraser’s theological reading of history, anyone standing in the ruins of Auschwitz might convince themselves that, since Adam and Eve were expelled from the Garden of Eden, history has been a story of decline rather than uplift. Certainly there have been victories of the human spirit and material improvement, but the evidence of growing moral awareness among humanity is scant. We have found bigger, better, ‘smarter’ ways to hurt each other, while the eternal yearning for relief from poverty and cruelty remains unsatisfied. To teach children that Britain is on a path to salvation seems naive. You can get there as an individual, but society still lags far behind.