Japan flexed its muscles and launched a full-scale invasion of China following an incident on July 7th, 1937. 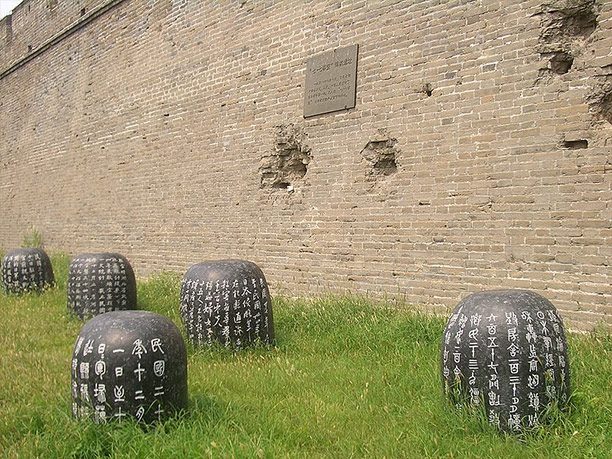 The Japanese drive to become a great power required the domination of China. They defeated the Chinese in war in the 1890s and took away Korea. They soon infiltrated Manchuria, which had rich reserves of coal and other minerals, and began to build up industry there. In 1931 they took over Manchuria altogether, before expanding south.

A key moment came in 1937. Under agreements going back to the beginning of the century countries with legations in China had the right to keep troops there in modest numbers for protection. Small numbers of both Japanese and Chinese soldiers were stationed near what in the West was called the Marco Polo Bridge, because the explorer had seen and described its predecessor, near the town of Wanping outside Beijing.

What happened that July night is not entirely clear, but the Japanese were carrying out training exercises without giving the customary notice and a few shots were exchanged between them and the startled Chinese troops. The Japanese discovered that one of their soldiers was missing, thought the Chinese might have captured him and demanded to be allowed to search Wanping for him. The Chinese said they would do the searching themselves, with one Japanese officer accompanying them. Japanese infantry then tried to force their way into Wanping, but were driven back. Both sides sent more troops to the area and early in the morning of July 8th Japanese infantry and armoured vehicles attacked the bridge and took it, but were driven off again.

Attempts were made to settle things, but the incident gave Japanese hawks the excuse to mount a full-scale invasion of China. Hundreds of thousands of troops were sent in. Beijing and Shanghai fell in 1937, as did Nanjing, where Chiang Kai-Shek had established his Kuomintang capital. (According to one theory the whole thing was stage-managed by the Chinese Communists to embroil the Kuomintang in a war with the Japanese.)

The fighting was accompanied by vicious atrocities. As many as 100,000 Chinese may have been slaughtered in the so-called Rape of Nanjing, including thousands of Chinese women raped before being murdered. Victims were buried or burned alive, dismembered alive or drowned. By the end of 1938 much of northern and eastern China had been overrun, including the eastern seaboard. The conflict continued until it blended into the Second World War.