Patricia Cleveland-Peck visits Gotland, the Baltic island where the Viking and medieval pasts are to be found round every corner. 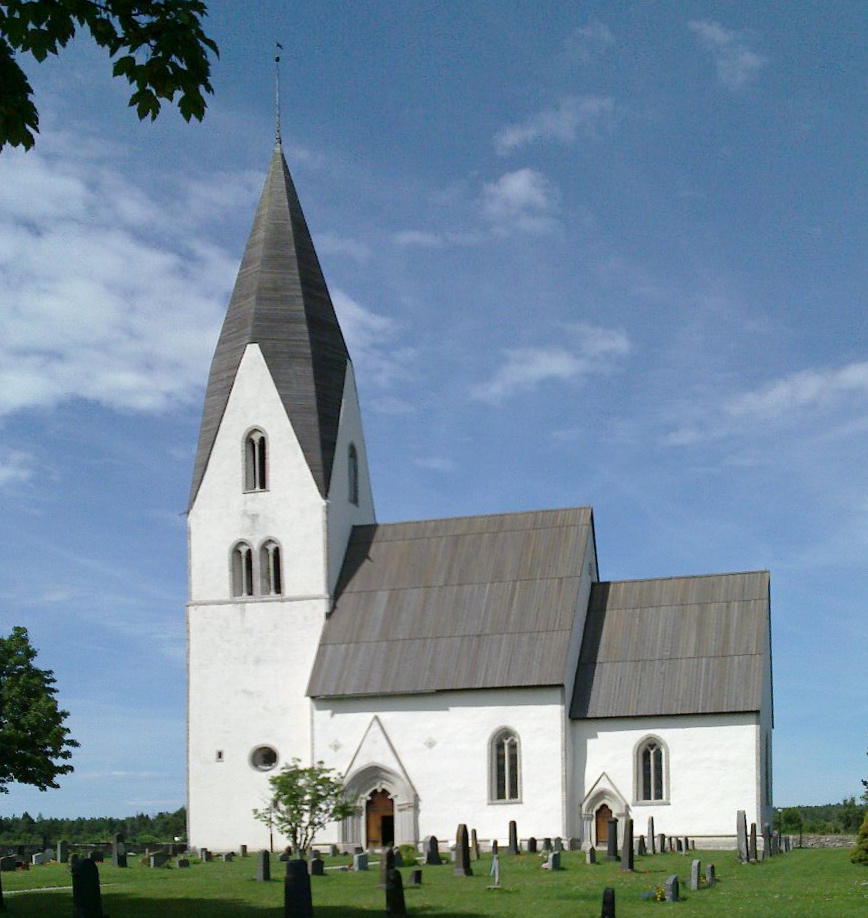 The Baltic isle of Gotland, forty-five kilometres from Stockholm, is indeed almost another little country. It is an unspoiled island with pine and spruce forests, hay meadows full of wildflowers, wide deserted beaches, old farmsteads, a profusion of country churches and a capital city, Visby, with charming medieval houses and one of the best preserved ring walls in Europe.

What makes it special, however, is that it offers an unparalleled way to experience a sense of history while still benefiting from the twenty-first century’s conveniences and comforts. Here on Gotland, for example, the same beer is brewed as was drunk all over Europe in the Middle Ages while at the same time you can find locally produced art and craft items of modern, cutting-edge design.

A brief overview of the island’s history explains why you can feel as though you have stepped back in time. That it is a very ancient land as is evidenced by discovery of fossils, some over 400 million years old. There are traces of the Tjelvar, or Palaeolithic, people who arrived 7,000 years ago. From the Bronze Age there are almost 400 cairns and 350 stone ship-settings (boulders set out in the shape of a ship symbolizing death as a voyage to the unknown) together with large numbers of prehistoric grave fields, house foundations, hill forts and rune stones – an incredible total of 3,100 registered sites make this the richest archaeological region in Sweden.

The island was powerful during the early Viking age.  Archaeological research revealed that not only Visby but around forty other harbours and trading centres existed at this time. The island was effectively an independent republic of seafaring farmers and its situation at the meeting point of east and west made it one of the centres of world trade. In the eighth and ninth centuries the Mediterranean had come under Muslim domination and a new trade route through the Baltic linking northern Europe with the Orient via rivers became an alternative to the Mediterranean route.

The early Hanseatic League developed around the Baltic Sea and the Gotlanders, who had already explored along the Russian rivers and established a trading station at Novgorod, bought furs, wax, tar and timber, some of which they sold to the English kings. Wealth continued to accumulate: huge hoards of silver have been and are still being found all over the island.

With the advent of Christianity came a spate of church building – the presence of ninety-two magnificent parish churches in such a small island  (120 km long and 56 km wide) are further evidence of its wealth. Gradually however, power had moved from the seafaring farmers to the burghers of Visby. The Germans, mainly from Lübeck, arrived in the 1150s and built their own church, St Mary’s, which was used both for religious and commercial purposes. It was here that the chest containing the Hanseatic trading agreements was kept, the annual opening of which marked the start of the trading year.  In the thirteenth century the small wooden houses of the city were rebuilt as the beautiful large stone buildings we see today. Some thirteen new churches were erected and the streets were paved with limestone. Visby was then the most modern town in northern Europe and it remains one of the most perfect examples of Hanseatic architecture.

St Mary’s Church is still in use (it is now the cathedral) and picturesque ivy-covered ruins of eleven other medieval churches remain – some used in summer for open-air concerts and plays. There are over 200 medieval houses in the city: on Strandgatan, previously occupied by the wealthiest merchants, there are some wonderful old stone warehouses, including the Galma Apotek with its hoist beams tucked under corbie-stepped gables through which the merchandize was hauled up to different storeys. The city wall built around 1280, is 3.5 km long and 11m high; it has a parapet walk, three gates and over fifty towers, all  in good condition.

During the last years of the thirteenth century however, Gotland lost its importance. In 1259 the Germans had established their own Hanseatic Kontor  in Novgorod and so no longer needed the Gotlanders. Meanwhile Denmark, which had also seen a diminution of strength at the hands of the Germans, was seeking, under its newly crowned king Valdemar Atterdag, to increase its power. In 1361 Valdemar invaded and conquered Gotland.

This marked the end of Gotland’s glory days. What had been the foundation of the island’s prosperity, the sea, became a drawback. Having been sacked and occupied first by pirates, then by The Order of Teutonic Knights, Visby gradually became a backwater and by the sixteenth century all the churches except St Mary’s were abandoned and the settlement was in decay.

In 1645 Gotland became Swedish but its isolation meant that industrialization came late to the island – but its poverty did ensure that the old medieval buildings were not torn down and replaced with newer more fashionable edifices. This, however, together with the fact that it  retained its agricultural, building and craft traditions – and even its distinctive folk-speech – make it the unique place we can enjoy today. Visby became a UNESCO World Heritage Site in 1995.

Museums outside Visby include a limeworks museum at Bläse, and an open-air ­museum at Bunge with farm buildings from the sixteenth to the nineteenth centuries.

There are also unusual out-of-museum experiences for the history-lover. In Visby you can stay in a medieval house, the Medieval Hotel, furnished and decorated with an interior inspired by the fourteenth century; swim between medieval columns in the pool below the Wisby Hotel or attend the Medieval Week which takes place every August. Strangatan  is crowded with market stalls and you encounter costumed smiths, cobblers, barbers and traders selling newly plucked hens, eggs, herbs and spices. Musicians play flutes and fiddles, jesters play the fool and merchants stroll around decked in their  finery. Carts, ­horses, sheep and hens jostle the crowds. Three camps attended by people from all over the world prepare for the tournaments by fashioning swords and armour. During the week hundreds of events take place: mystery plays, masses, tournaments, concerts, displays, archery competitions as well as lectures and guided walks. The culmination occurs when, after dark, a re-enactment of the invasion of Valdemar Atterdag, is staged. The King rides into town to plunder the wealth of the townspeople. The ­maiden who betrayed the town is then led in procession to be walled into the tower by the sea. Gotlanders see no irony in thus celebrating a defeat/

Gotland’s Medieval Week however, is no tasteless mish-mash: the past is researched in a scholarly fashion, and in winter the local people attend evening classes given by historians to learn about every aspect of  fourteenth-century life and then set about making their costumes in, as nearly as possible, the old way. There is even a class for making medieval shoes.

At other times of year at the Chapter House in Visby, you can still see herbs and vegetables growing as they used to and try your hand at medieval handicrafts. You can play the ancient Gotlandish game club kayles, fire a catapult machine known as a trebuchet or  sample food prepared according to old manuscripts.

Historical activities are not confined to Visby, there are numerous ancient sites to visit throughout the island. There are old or reconstructed farms  in Burgsvik, Gothem and Sjonhem, Fjäle. There is a reconstructed Viking Village at Tofta which evokes farming life in the ninth century. You can see rune stones still standing on their original site (most have been removed to museums) at Ange in Butte. Then there is the Bulkverket, a strange and unique wooden platform-like construction sunk in the middle of Lake Tingstäde, the purpose of which is not yet fully understood. Those interested in field archaeology  will want to know about the Viking Discovery Programme, whose first phase, the excavation of the west-coast port at Frojel, was completed in 2005. In the summer of 2007 the second phase, scheduled to last three years, will begin, excavating a number of Viking-age farms. The project will consists of two or three-week courses with lectures and fieldwork and is open to students and volunteers.

History aside, modern Gotland has much to offer; good hotels, a chain of gourmet restaurants, an­tique shops, modern trendy designer boutiques and little cafes in which you can sit and reflect on the passing of the centuries while enjoying a coffee and the local delicacy safranspannaka served with cream and Gotland’s own salmberry jam.
Delicious!

Patricia Cleveland-Peck is a freelance journalist.