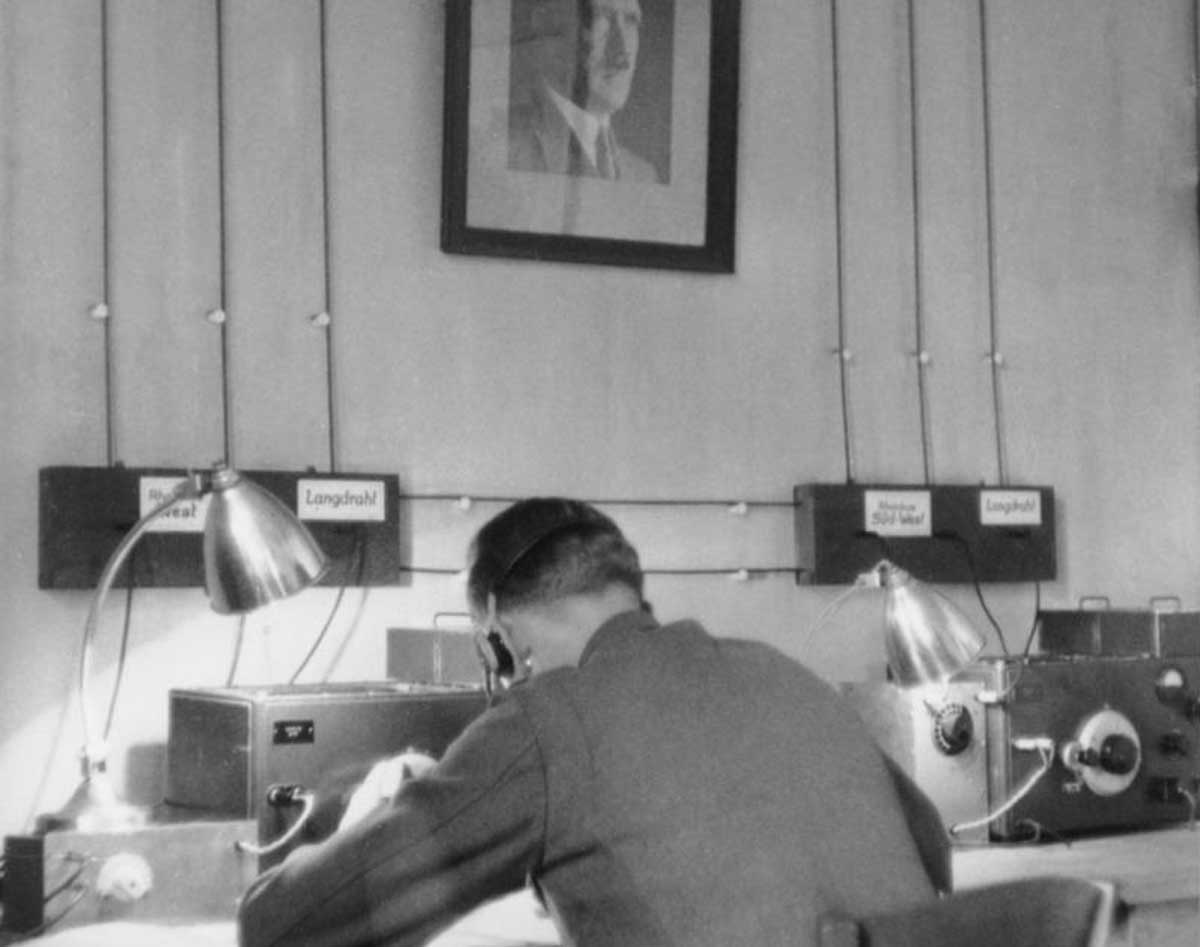 Frederick the Great once said that his French military opponent, Marshal de Soubrise, was always followed by a hundred cooks: ‘I, on the other hand, am always followed by a hundred spies.’ The Nazis, inspired by the Prussian king, constructed a spy ring in the United States in the 1930s to inform them about technological advances in the defence industries. Rhodri Jeffreys-Jones has painstakingly reclaimed this long-neglected episode in Nazi espionage.

Even though the Versailles Treaty had officially banned Germany from spying, Wilhelm Canaris was appointed head of the Abwehr, the Nazi military intelligence service, in 1935. Just a few years later, the organisation had more than 1,000 employees.

There were four categories of Abwehr operatives: couriers, enforcers, agents and informants. The vast majority were recent immigrants from Germany who had left behind the chaos of the Weimar years. Many believed Germany had been treated unfairly by the victorious allies. Hitler, of course, played on this resentment and promoted ‘the stab in the back’: that Germany’s elites had snatched defeat from the brink of victory in 1918. The Jews became a convenient scapegoat, even though some 12,000 had died fighting for imperial Germany.

Others, such as Hermann W. Lang, were committed Nazis. Lang had participated in the Beer Hall Putsch of November 1923 and refused payment on principle. Some were the disaffected and the unrecognised: Agnes Meyer Driscoll, of German origin, was one of the pioneers of US cryptography. She sold her encryption device to the Abwehr for $7,000.

Many were persuaded to return to Germany to undergo espionage training because they could find no employment during the Great Depression. Yet the acknowledged controller of the networks in the US, Wilhelm Lonkowski, had been employed since 1926, long before the Nazi takeover. He was caught a decade later on a German liner with incriminating film and written material, but was able to convince the US authorities that he was in fact a journalist, researching a story. When he escaped to Canada and was smuggled aboard a German freighter, it began to dawn on the FBI that couriers travelling on ocean liners were the safest way of conveying information from spy networks in the US to the headquarters in Bremen. There were Nazi party enforcers on every German liner that docked in New York.

FBI surveillance brought four German-Americans to trial in 1938 on charges of stealing codes and transmitting classified information about aircraft design. The defendants were given prison sentences of between two and six years. It was the beginning of the US public’s move away from isolationism.

The author writes extensively about Leon G. Turrou, an FBI agent, born Leon Turovsky in what is now Belarus. Erroneously labelled a ‘Communist Jew’ by his adversaries, he fell out with FBI Director J. Edgar Hoover, who conducted a vindictive campaign against him. Yet Turrou was able to persuade many Hollywood film moguls, who strove hard to distant themselves from their Jewishness, that Nazism was a threat to American values. The first film to depict Nazi espionage was Confessions, starring Edward G. Robinson playing a role loosely based on Leon Turrou.

Jeffreys-Jones has waded through thousands of FBI documents to reconstruct this period of American history in meticulous detail. It is a significant contribution to understanding why the US entered the war against Hitler.

Ring of Spies: How MI5 and the FBI Brought Down the Nazis in America
Rhodri Jeffreys-Jones
History Press 288pp £20
Buy from bookshop.org (affiliate link)

Colin Shindler is emeritus professor at SOAS, University of London.