Questioning the powerful Tata dynasty’s claims for a ‘different kind of capitalism’. 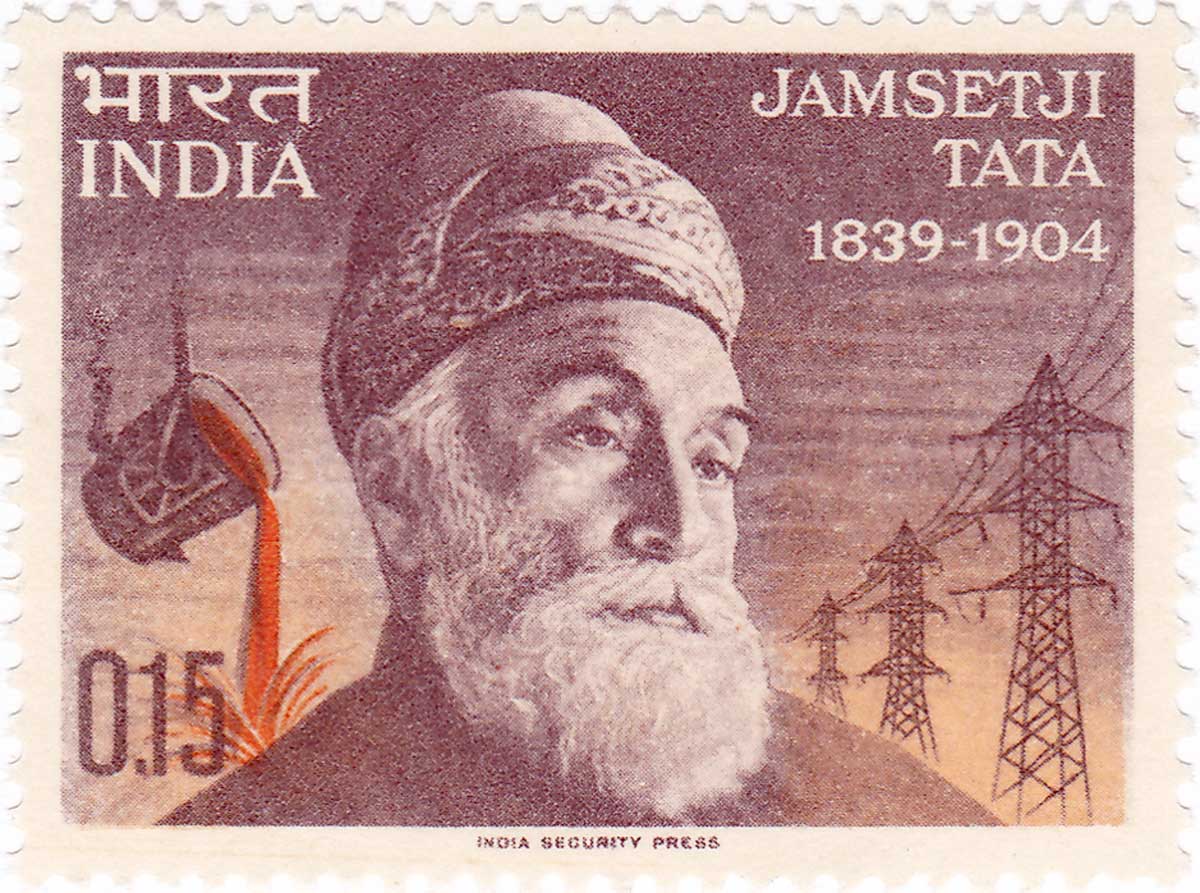 Picture this: a firm handshake between a suited tycoon, one of India’s biggest, and a kurta-clad satrap, ruler of the Republic’s largest communist enclave, a blue company logo prominently displayed on the rostrum, the backdrop otherwise a sea of red flags. Ratan Tata, the businessman, waxed lyrical about Buddhadeb Bhattacharjee, the communist chief minister of West Bengal, ‘enamoured’ by the prospect of building ‘the people’s car’ together. But it wasn’t to be. The shotgun marriage of capital and communism was never going to last. When, in 2008, 14 of the thousands of peasants protesting at the Tata factory in Singhur died at the hands of party vigilantes, generating disbelief and then rage, Tata decided to move his wares to Gujarat, at the other end of the country. Ratan was only following in the footsteps of his forebears, who, at the fin de siècle, sang the praises of the Raj, but then later, with decolonisation imminent, feted India’s fledgling nationalists. In the 1950s, the Tatas hailed Nehru as an exemplary democrat. Likewise, in the 1970s, they held up Indira Gandhi as the perfect dictator. Ratan has recently described Narendra Modi as ‘a visionary leader’. One can’t help but admire the vertiginous volte-faces.

The Tatas, however, are no mere tuft hunters. They have always meant business. And business requires a certain adaptability, a certain aptitude for reverse ferreting. Luckily for them, the Tatas were nothing if not chameleons. So it is that India’s largest industrial empire in the early 20th century remains so today. What’s more, the family seems to have a finger in every pie, producing everything ‘from salt to software’. You name it, they make it: textiles and trucks, steel and cement, cars and chemicals.

The house of Tata has shown an endless capacity to refashion itself. Here, in a nutshell, is the argument of Mircea Raianu’s diligently researched company history. As Parsis – Indian Zoroastrians – one of the smallest minorities on the subcontinent, the Tatas were perhaps destined to become real-life versions of Leonard Zelig, the character created by Woody Allen whose defining feature is his ability to take on the characteristics of those around him. Time and again, they were able to turn their outsider status to good account, bearing out the adage about life and lemons. True, life had given the Tatas good lemons to start with. Thanks to their interests in cotton and opium, they already counted among India’s top three Parsi merchant families by the mid-19th century. They were well positioned, therefore, for a leading industrial role in the 20th. An additional impetus to industrialise came from the defeat of the Confederacy in the American Civil War. When the Union blockade was lifted, cotton prices collapsed, sealing the fate of Indian traders. Trading, the Tatas concluded, was a risky business, manufacturing less so.

Over the next century or so, generous backing from the powers that be swiftly put the Tatas in pole position. To Delhi and London, the family presented themselves as comely compradors. The successes of Napier’s expedition to Abyssinia in 1868 and the Mesopotamian campaign during the First World War turned in no small part on the logistical support provided by the Tatas, who made a tidy profit during the Second World War as well. In return, the Raj came to the firm’s rescue during the Depression, putting up protective tariffs, offering freight discounts and guaranteeing minimum orders. For its contribution to the war effort, the government of India underwrote half the cost of the expansion of its Jamshedpur steel plant, even redirecting American machinery to its factories under Lend-Lease.

For all that, the Tatas were well aware that these were the twilight years of the Raj. So they did the sensible thing, sucking up to the government in waiting. It even made business sense: playing up their good native credentials helped the Tatas raise all the capital they needed to fund their steel and hydroelectric ventures. When its Anglo-American managers rose in revolt in 1920, the house had the bulk of them fired. And when imperial preference threatened to swamp the Indian market with British steel and textiles, jeopardising the Tatas’ market share, the family excoriated the colonial government.

Ahead of the transfer of power from British hands to Congress, the Tatas had one of their directors controversially endorse state controls and Keynesian deficit spending. Predictably, it went down well with Nehru’s socialists. In the event, when they rode to power, they proved to be no threat to capital. Talk of nationalisation gave way to ‘joint enterprises’ such as Air India, whose chairmanship J.R.D. Tata retained for five years. Meanwhile, John Matthai, a company director, pulled off something of a coup by becoming Nehru’s finance minister.

It is hard to square Raianu’s regurgitation of the Tatas’ claim to represent a ‘different kind of capitalism’, one by turns more paternal, philanthropic and communitarian, with the evidence he presents. There was nothing really public-spirited about defying Jamshedpur’s planners to insist on ‘segregated residential areas’ in the company town, separating, as it were, coolieville from clerktown. Or, for that matter, declaring that better wages and welfare were lost on ‘aboriginals and women of the lower classes’, who were closer to ‘animality’ than humanity. Or, indeed, forging a state capital union sacrée  against their workforce, which was confronted not only by the Tatas’ private police in Jamshedpur but also the Indian armed forces whenever they struck. Or, in fact, cheering, as J.R.D. Tata did, Mrs Gandhi’s ‘disciplining’ of the working classes during her dictatorship in columns for Commerce, the general tenor of which was that ‘the bastards had it coming’.

As much during the British Raj as during the Congress Raj, Raianu tells us, it was the cossetting state that protected the Tatas from the unforgiving market. There’s probably an iron law of history there somewhere. It takes public largesse to sustain private empires. This is as true of Tata as it is of Tesla.

The Tatas may have negotiated the 19th and 20th centuries with aplomb. But will they deal so adroitly with the 21st? The curtains fall on all family sagas. Think Buddenbrooks or The Magnificent Ambersons. Wildly expensive acquisitions – Jaguar-Land Rover, Tetley and Corus – have brought losses and regrets. Back-office outsourcing has briefly buoyed the family’s fortunes but, given the race to the bottom, will not for long. The Tata Nano, India’s own people’s car, scarcely hit the road when reports emerged of it ‘spontaneously erupting into flames’. Accusations – confirmed by a former chairman, no less – of insider trading abound. Belatedly, long after they became the UK’s largest private sector employer, the Tatas have learned that Britain’s trade unions are unlike their emasculated Indian counterparts. Job and pension cuts at Port Talbot have been fought tooth and nail by the GMB.

But, then again, the show is still on the road. Ratan Tata is clearly a perspicacious businessman – much more so than many a brash billionaire currently enjoying a moment in the sun. When asked about Antilia, the 27-storey, $2 billion eyesore Mumbai home of the billionaire Ambani family (once estimated to be the most expensive private residence in the world) he replied mischievously: ‘That’s what revolutions are made of.’