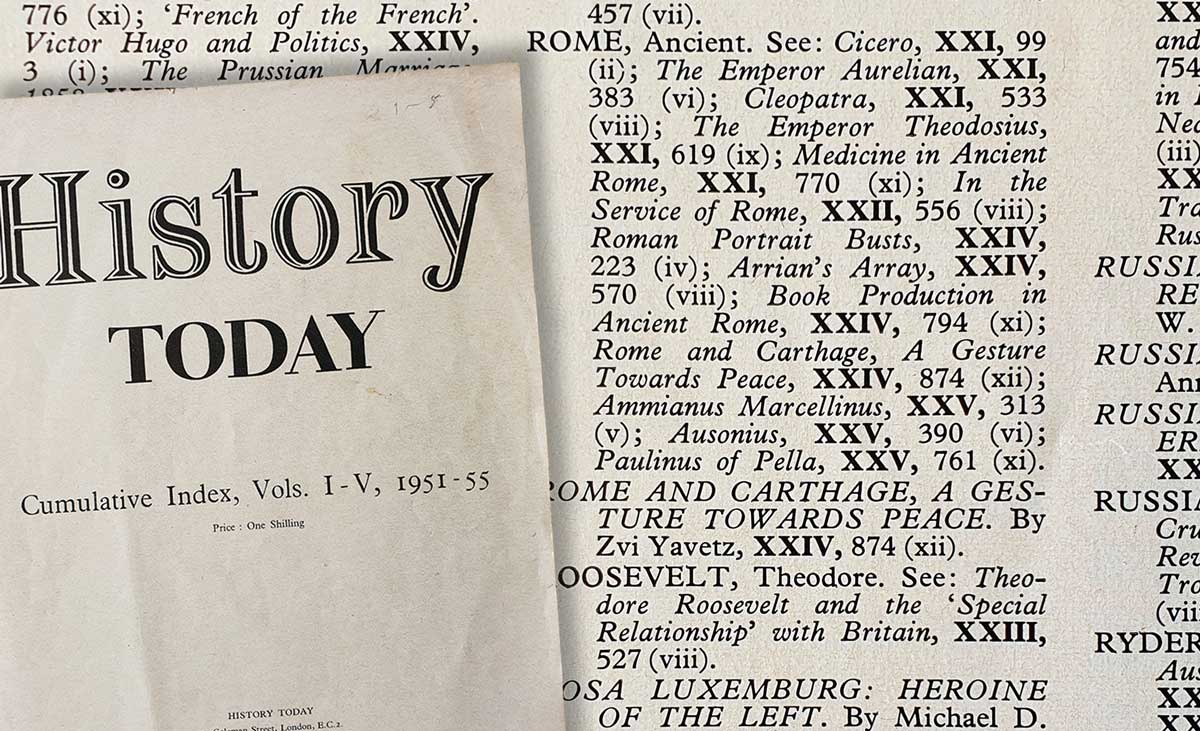 On the founding of the Society of Indexers in 1957, prime minister Harold Macmillan took time out of his busy day to write a letter of support, in which he shared some of his favourite anecdotes about indexes (in his defence, his grandfather was the founder of the Macmillan publishing house). In one anecdote, he described how the 19th-century Whig politician and historian Thomas Babington Macaulay, writing his five-volume The History of England, declared: ‘Let no damned Tory index my history.’

Macaulay’s fears were not unwarranted. One of the most illuminating aspects of this book is the realisation that the index is not neutral. Straightforward concordances providing page numbers for every word in a book exist, but they run the risk of becoming unwieldy – of becoming a map as big as the territory it represents. The index, by contrast, is a more creative endeavour. This means, however, that a malicious indexer could hold immense power, able to omit information, misrepresent it, or to provide commentary and judgement on the book and its author.

In the early 18th century, for example, the index was weaponised as part of an intellectual war against Richard Bentley, royal librarian and by all accounts a combative and pedantic scholar. The war culminated in the publication of a satirical index, which listed, among other things, Bentley’s ‘familiar acquaintance with Books that he never saw’, his ‘egregious dullness’ (seven page references) and his ‘Appeal to Foreigners’ (no page references).

Of course, as with any new technology, the index brought with it fears – not just that it might misrepresent a book, but that it might stop people from reading them altogether. Macaulay’s worry, after all, was not for those readers who started reading his book at the beginning and read his words as he intended them, but for those who started at the end. Today, fears abound that the ubiquity and ease of the internet search interferes with learning, that being able to dip in at the click of a finger makes us more stupid. In the 16th century, as the printing press made indexes, dependent on regular page numbers, popular like never before, warnings were sounded that they might take the place of books, that index-dipping would replace proper reading. Erasmus in 1532 wrote a book entirely in index form, wryly noting that it seemed ‘many people read only them’.

But an index is more than just a shortcut to reading (a ‘wormhole’, in Duncan’s evocative turn of phrase). A seemingly niche and esoteric subject, the index becomes, in Duncan’s hands, a minor miracle. Index, A History of the is not only about books, printing and the necessity of consistent page-numbering, or about alphabets and lists (although these are all covered), but about the nature of reading and about how we understand, categorise and engage with the world.

To demonstrate exactly the versatility of the index, appended to this book are two: one, produced by Paula Clarke Bain, an accredited indexer with the Society of Indexers, the other produced by automatic index-generating software. Or, rather, there will be, because page 281 of the Advance Reading Copy I was sent currently reads:

Having just been presented with every direction an index might take, these promise to be as illuminating as the book itself.

Index, A History of the: A Bookish Adventure
Dennis Duncan
Allen Lane 352pp £20