The pandemic has created a dividing line for our time, like many others in the past. 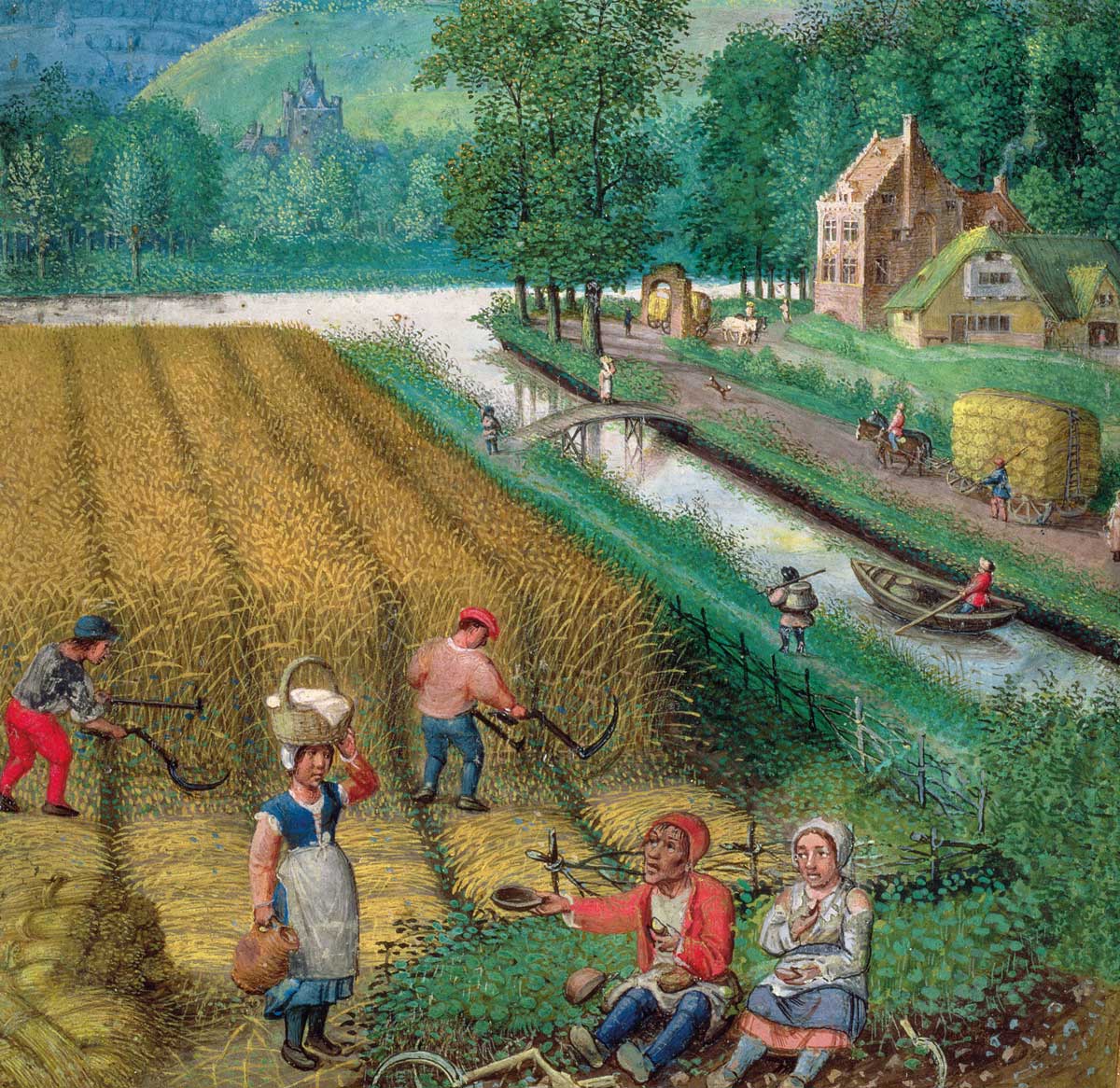 This past year has introduced many of us to new ways of measuring time. The cancellation of so many events means it has become difficult to mark time in the usual ways, as weekends and work-days, school terms and holidays have merged into each other. In place of our usual markers, though, a novel, shared vocabulary of time marking has developed: we now know exactly what it means to say something happened ‘during the first lockdown’, a phrase which would have been meaningless a year ago.

At the moment, the pandemic has divided personal and societal measurements of time into a clear ‘before’ and ‘after’. In the future we will probably speak, as we do now, of ‘pre-Covid’ or ‘post-pandemic’ life. It will be for later historians to decide whether those phrases persist in the long term – whether they come to mark such epochal time divisions as, for instance, ‘prewar’ and ‘postwar’ do in modern British discourse.

For me, an enjoyable aspect of studying history is thinking about how past societies have found different ways of measuring time, both on a day-to-day basis and over the course of centuries. To read many medieval European calendars and chronicles, you need to learn new languages of time marking – an unfamiliar vocabulary of kalends and ides, a code second nature to historians in the Middle Ages but one that is now tricky for the uninitiated. In addition to these, there’s an almost infinite variety of other kinds of calendar to learn – lunar and seasonal calendars distinctive to particular places and cultures, which intersect with each other in fascinating ways.

Then there is the language of festivals and the liturgical year, which many pre-modern writers assume that the reader will understand: Lammas and Michaelmas, Whitsun and Lady Day. Well into the 20th century, these were not archaic or rarefied terms but everyday vocabulary in Britain, a shared language that has dwindled away only in the past few decades. This is the result of the decline of a common Christian culture, but also of ever-diminishing awareness of the agricultural year: I am often struck by how readily pre-modern writers expect everybody to know what it means to say something happened ‘in harvest’, while today many would struggle even to guess what month this might refer to. This too is a new language to be learned, appealing in its novelty.

These different ways of thinking about time also apply to larger questions of periodisation and epoch-defining events. The turning points which we, with hindsight, use to define the bounds of historical time may not always have been perceived as such by people living through them. Perhaps I am entirely wrong to imagine terms like ‘pre Covid’ will have any lasting meaning for future historians; within a few years something else may happen which becomes a more significant epochal event. The most difficult times for historians to label are our own times, those we know best yet understand least.

We are living through ‘strange times’, as people keep saying – ‘unprecedented times’. In many ways that is true. But one way in which our times are not without precedent is in that unsettling feeling of strangeness and novelty. For that, there are many precedents: people throughout history have thought their own times unusual and difficult to understand, and have felt they were living through times of change.

I have recently been working on the life of a medieval historian who lived through what he thought of as unprecedented times. He begins one of his works by saying: ‘We have seen many strange changes in England in our days, developments quite unknown in former times.’ Many of us have recently said something similar, but for him, those strange modern times were the years after the Norman Conquest. The Norman Conquest is one of the most familiar epochal events in British history; medievalists often speak of ‘pre-conquest’ and ‘post-conquest’ England. But to those living through it, this dividing line was not always so clear. For this historian, his times of change began not with the conquest but in the late tenth century, with the death of King Edgar; not one of the most famous Anglo-Saxon kings today, but epoch-defining in the eyes of some medieval historians.

Conscious of living through history, this historian says he wrote about his own days ‘lest the knowledge of them should be lost to future generations’. We do the same, though we can only guess how future historians might label or explain our own strange times.