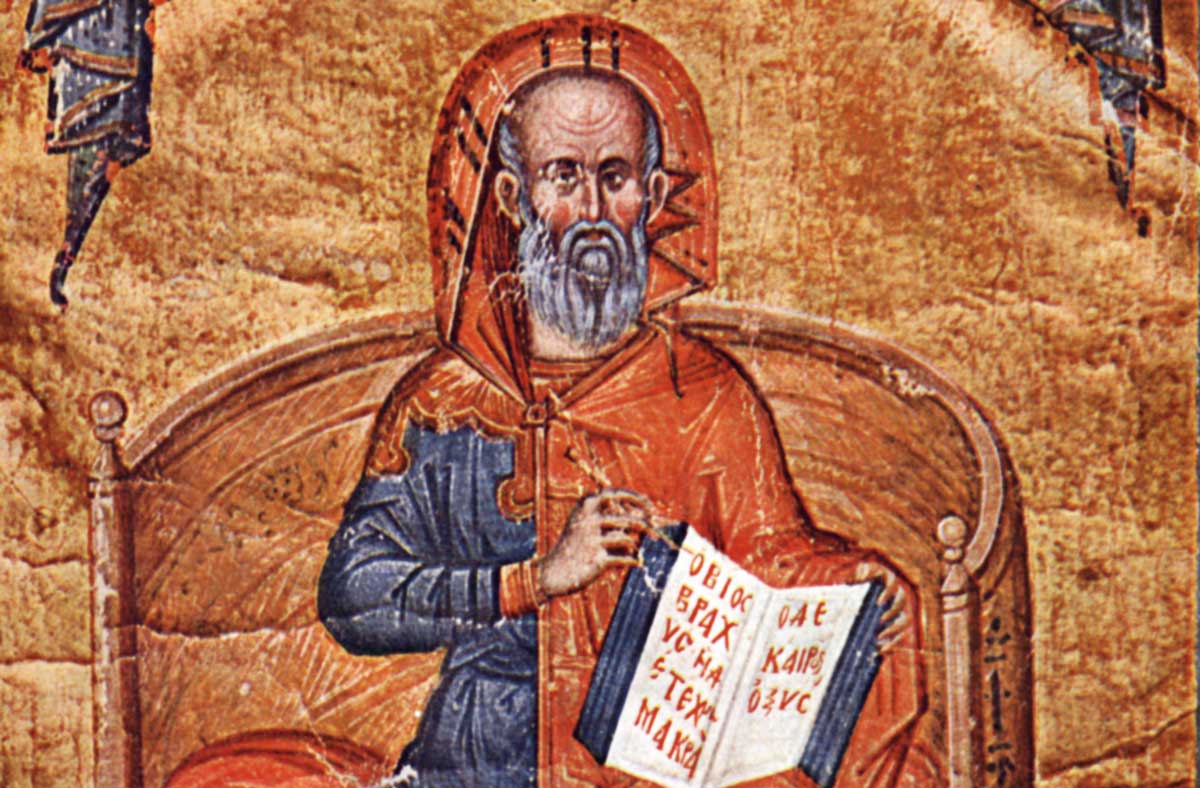 When the White Rabbit asked how he should tell his story, Alice was not deceived by the King’s apparently straightforward instructions: ‘Begin at the beginning, and go on till you come to the end: then stop.’ How can a narrator decide exactly what that beginning should be? The distinguished classicist Robin Lane Fox has no doubts: according to him, in the fifth century BC Greek men ‘started to think and write in ways which no one had attempted before’. Descriptions of battle wounds in the Odyssey and the Iliad demonstrate a sophisticated level of anatomical knowledge some 300 years earlier, but he rejects suggestions that their assumed author should be called Dr Homer: the poet’s frequent appeals to divine intervention make him ineligible for that anachronistic label. In his latest absorbing book, The Invention of Medicine, Lane Fox locates the birth of medicine firmly in the Golden Age, although not in Athens.

Hippocrates is often dubbed ‘The Father of Modern Medicine’, even though very few solid facts survive about this purported hero; he came from Cos and he was alive in around 433 BC, but all the other abundant details stem from fictionalised biographies. Carefully weighing up conflicting interpretations, Lane Fox has identified an anonymous first doctor by adding 60 years to the age of two manuscripts, redating them to 471-467 BC. By producing this learned detective story, he is contributing to discussions that go back well over 2,000 years: Galen, the Greek physician practising in Rome during the second century, features as if he were a contemporary colleague sitting in a distant library.

By Galen’s time, an assortment of medical texts had been collectively labelled ‘The Hippocratic Corpus’, even though they are far too diverse to have been created by a single author. Seven in particular have been grouped together as the Epidemics, a rather confusing title that implies disease in general, rather than specific outbreaks of a rampant infection. Narrowing his hunt down, Lane Fox focuses on just two of these – numbers one and three – which were written by a doctor travelling round the island of Thasos, which lies in the north Aegean Sea. Naturally, he would like to think that this unknown man was Hippocrates of Cos, but he prudently refrains from affirming that claim. Even so, these documents are singularly valuable because they comprise closely detailed case studies that include a host of contextual information about Thasian daily life, including detailed records of the weather.

This anonymous doctor was an attentive bedside observer who visited his patients regularly. Even when he could do little to alleviate their suffering, he displayed great empathy and sought for natural causes rather than divine displeasure. Unusually, the texts cast light on women’s lives, although ancient diagnoses can feel alien. According to the prevailing theories, expelling blood was a good sign and Lane Fox’s itinerant physician explains that although one year many pregnant women died from fever when they were not menstruating, an upper-class teenage girl was doubly protected by the coincidence of a nosebleed on the day of her first period.

Concerned to accumulate all data that might prove relevant, he has bequeathed a treasure trove of ancillary details. When reporting an outbreak of mumps (one of the instances for which a retrospective diagnosis can be made with confidence), he noted that few women succumbed, although the illness was prevalent among ‘those who frequented the wrestling school and gymnasium’, where – Lane Fox informs us – male contenders performed naked and engaged in sexual activity.

Lane Fox’s narrative is doubly fascinating: its erudite exposition of textual conflicts and medical terminology is enhanced by a gripping portrayal of life on a remote island more than two millennia ago. We learn about regulations for rubbish disposal, heavy penalties for digging wells and local restrictions on women’s behaviour (although any fine was paid by the man responsible for keeping his household under control). To achieve this, Lane Fox has drawn on a vast range of historical sources, such as inscriptions carved on stone, archaeological discoveries and pictures. The cover shows a delicately painted scene of Achilles bandaging the arm of wounded Patroclus. Lane Fox adduces this as evidence of Greek skills in creating virtuoso styles such as the ‘royal’ bandage or ‘the hare with ears’, but annoyingly, although his coloured plates provide crucial support for his arguments, his text makes no direct reference to them – presumably the publisher’s mandate to reduce costs by omitting them in translations and future editions.

The Invention of Medicine conceals an intriguing meta-structure. Lane Fox has appropriated records compiled for medical purposes and repurposed them to provide information about life in ancient Greece. Similarly, his own book inadvertently reveals the tussles and rivalries that pervade academic life and underpin his meticulously researched analysis. Inevitably, although Lane Fox’s bid to increase the age of these manuscripts by 60 years resolves inconsistencies, it also introduces further conundrums. One puzzle concerns a magistrate called Antiphon. Lane Fox’s scheme would entail substantially shifting the regimes of two other magistrates, which – he admits – might prove impossible in the light of new research. Ingeniously, he plays a pre-emptive master stroke to preserve his theory against critics: perhaps there were two Antiphons – the doctor’s patient and his grandson the magistrate?

It seems that the case is not closed. Future scholars will doubtless take the investigation further, but they will find it hard to compete with Lane Fox’s trenchant approach to deciphering the mysteries of the past.

Patricia Fara is an Emeritus Fellow of Clare College, Cambridge.