The ‘Angels of Mons’, a short story written in the earliest days of the First World War, became an enduring symbol of British providence. 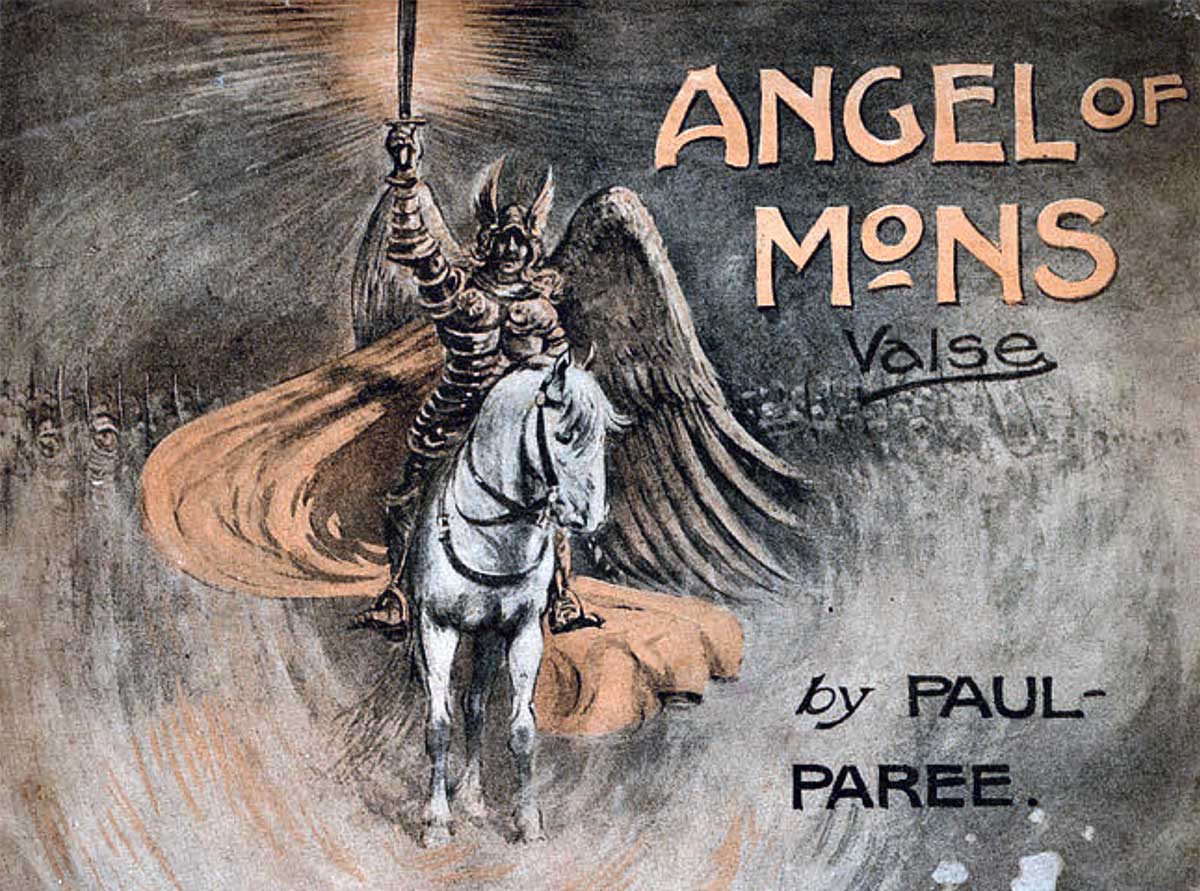 The British Expeditionary Force (BEF) fought its first battle in western Europe since Waterloo on 23 August 1914. Under the Schlieffen Plan, the Germans entered Belgium and aimed to advance towards France and on to the French capital. On 22 August, the British entered Belgium, where men of the BEF lined the canal between Obourg and Conde against 3 Corps of the superior German army under General Alexander von Kluck. The following day, the British inflicted mass casualties with machine guns and superior rifles but were ultimately unable to hold off the German advance. By the end of the day, the BEF had lost over 1,500 men at Mons. Once the French had begun to fall back, they could hold the line no longer and so the ‘Great Retreat’ began. This led to the battle of Le Cateau on 26 August and, eventually, the Battle of the Marne (6-12 September 1914), alongside the French. There, British and French troops succeeded in preventing the Germans advancing on Paris, drove them back and put a stop to the Schlieffen Plan. In Britain, news of the retreat had reached the public. It was not the news that those back home had been hoping for.