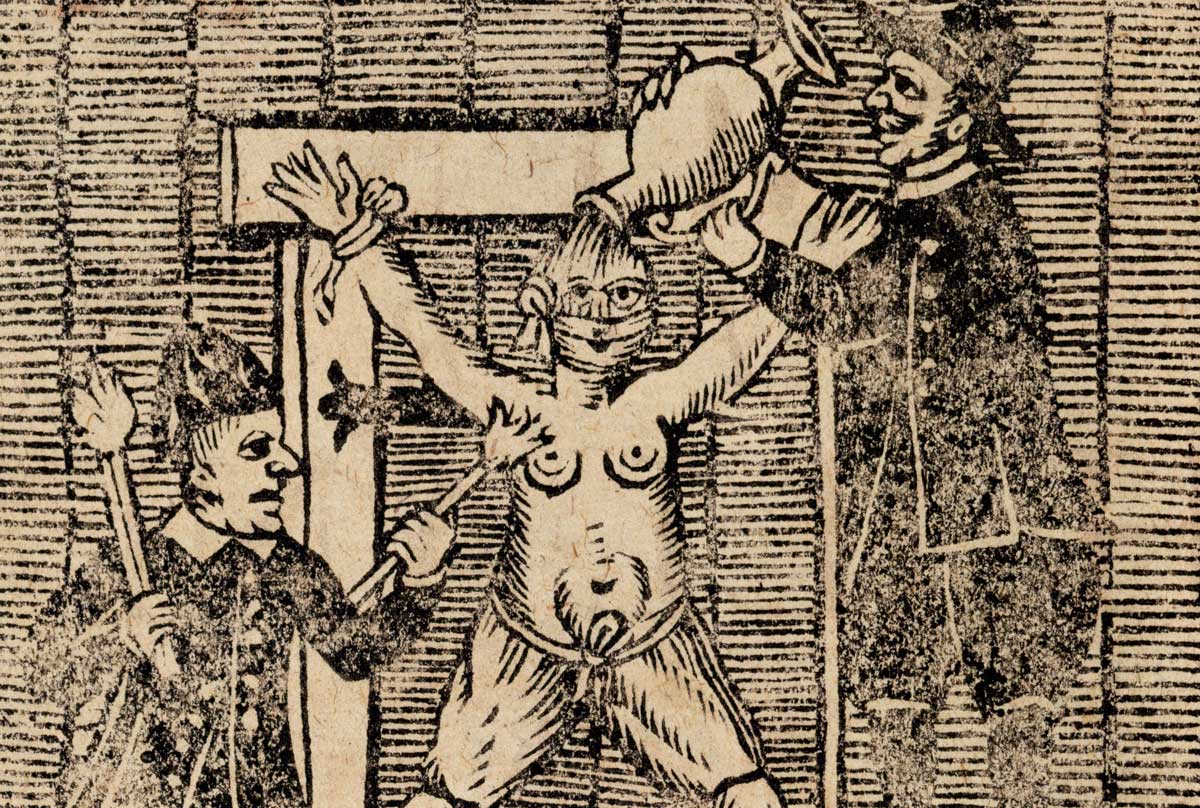 Dunblane, Manchester Arena, Sandy Hook: the place names evoke grief and horror, a cry of anguish pinned to a map, each the site of a massacre. Such atrocities might seem as old as time, but the word itself is not. Massacre worked its way into the English language in the late 16th century and came ultimately to signify a specific type of death, one characterised by cruelty, intimacy and treachery. How that happened – why we think of massacres in the way that we do today – is the story of yet another place, Amboyna, an island in the Indonesian archipelago, and of an incident that happened there in 1623.

The episode that became known as the Amboyna Massacre had its origins in a conspiracy sparked by tensions between the Dutch and English East India Companies. Amboyna was the world’s main source of cloves in an era when Europeans regarded the spice as not just a prestigious and tasty food supplement, but also a powerful medicine capable, among other things, of curing headaches and vision problems and enhancing sexual experiences. After years of open conflict for access to spices in the Indian Ocean, diplomats in Europe forced the two companies into an accord in 1619, compelling men who had been at each other’s throats into an awkward partnership.

Worse still, the English traders were junior partners, subservient to the Dutch, a position that rankled with the English sense of themselves as a people who had helped secure the independence of the United Provinces from Habsburg dominion. Long suspicious of English traders, the Dutch authorities on Amboyna came to believe that their rivals were conspiring against them with Japanese soldiers who worked for the Dutch as well as with the Indo-Portuguese man who was in charge of the Dutch company’s slaves. After a legal procedure characterised by the torture typical of Dutch jurisprudence at the time – in which inquisitors burned men’s flesh and suffocated them with water – the Japanese soldiers, and then the English traders followed by the slave overseer, confessed to a plot to take over the trading post and kill all the Dutch. Twenty (or 21) men lost their heads to a Japanese executioner, including ten English merchants. Eight Englishmen were acquitted, pardoned, or temporarily reprieved and began their long journey home.

The shocked English traders who heard the news in Batavia (the site of modern Jakarta) dubbed the incident a massacre and regarded the Dutch interrogators as ‘butchers’ and ‘cannibals’. The English East India Company was quick to embrace such language when it learned of the episode in London in May 1624, just as James I was preparing to sign a treaty with the Dutch.

It is hard to appreciate in the 21st century, when massacres abound, from mass shootings to civil wars to acts of genocide, but massacre was a relatively new word in the English language in the 1620s, one with capacious meanings. The word reached England in the wake of the French Wars of Religion, when a French word that initially described a butcher’s block came to mean the cruel murder of people. The Amboyna episode took place at a formative moment for the English people (and, consequently, for their language) in their emerging understanding of what massacres entailed: acts of violence with special characteristics, notably intimacy, ingratitude and treachery. The English East India Company forged these associations, inadvertently inventing the first English massacre in their publications about their employees’ executions.

The Company produced a pamphlet, The True Relation of the Unjust, Cruell, and Barbarous Proceedings against the English (1624), with two powerful woodcuts showing English merchants tortured with fire and water by Dutch interrogators. The pamphlet was published 12 times as a discrete tract between 1624 and 1781 and reworked for new internal and international conflicts. The woodcuts had their own protracted afterlife, with a new version published in barely altered form as late as 1891. The texts and images were also reproduced frequently in compilations of travel accounts. The story persisted as a tale of English martyrdom and Dutch cruelty and treachery – and as a massacre – even after the end of the 17th century, when the word had become a regular synonym for mass slaughter.

The Amboyna episode was not the first time the English had applied the word massacre to a cruel death; they described the Gunpowder Plot of 1605 as an averted massacre and the word was used to describe both the cruel murder of a child in 1606 and the death in 1622 of one third of the English inhabitants of Virginia at the hands of indigenous occupants. But by the 18th century these episodes had receded either as massacres or as historically significant events in England, leaving Amboyna without competition as the first English massacre. The events at Amboyna had created a script that called both for innocent victims and cruelty, features that are pervasive in modern assessments of massacres, and for a prior historical relationship between victim and perpetrator. Eighteenth-century historical works listed three 17th-century massacres in succession and showed how these meanings became cemented: first Amboyna in 1623, then Ireland in 1641 and, finally, Glencoe in 1692. The three episodes did not transpire between strangers, but between intimates, whose relationships defined the violence that ensued and whose treachery made each killing a massacre and an enduring symbol of betrayal and cruelty.

Even today, although most people have never heard of the Amboyna Massacre, its legacy persists whenever we reach for a way to describe a death or murder we regard as especially cruel and treacherous and facilitated by intimacy: when a child walks into his school and murders his classmates and teachers; when residents plant bombs at concert venues or along running routes and wait to watch their neighbours’ suffering when the devices explode; and even when we recoil in shared grief and rage during the current Covid-19 crisis at what Italians have dubbed the ‘silent massacre’ among elderly relations whose care was entrusted to nursing homes. The English traders at Amboyna may have lost their heads but, by inspiring a new way for the English to think about particular kinds of cruel deaths, they had the last word.

Alison Games is the author of Inventing the English Massacre: Amboyna in History and Memory (Oxford, 2020).