A lively, privileged group of young intellectuals grew ever more alarmed by the crises that struck Britain in the mid-1740s. 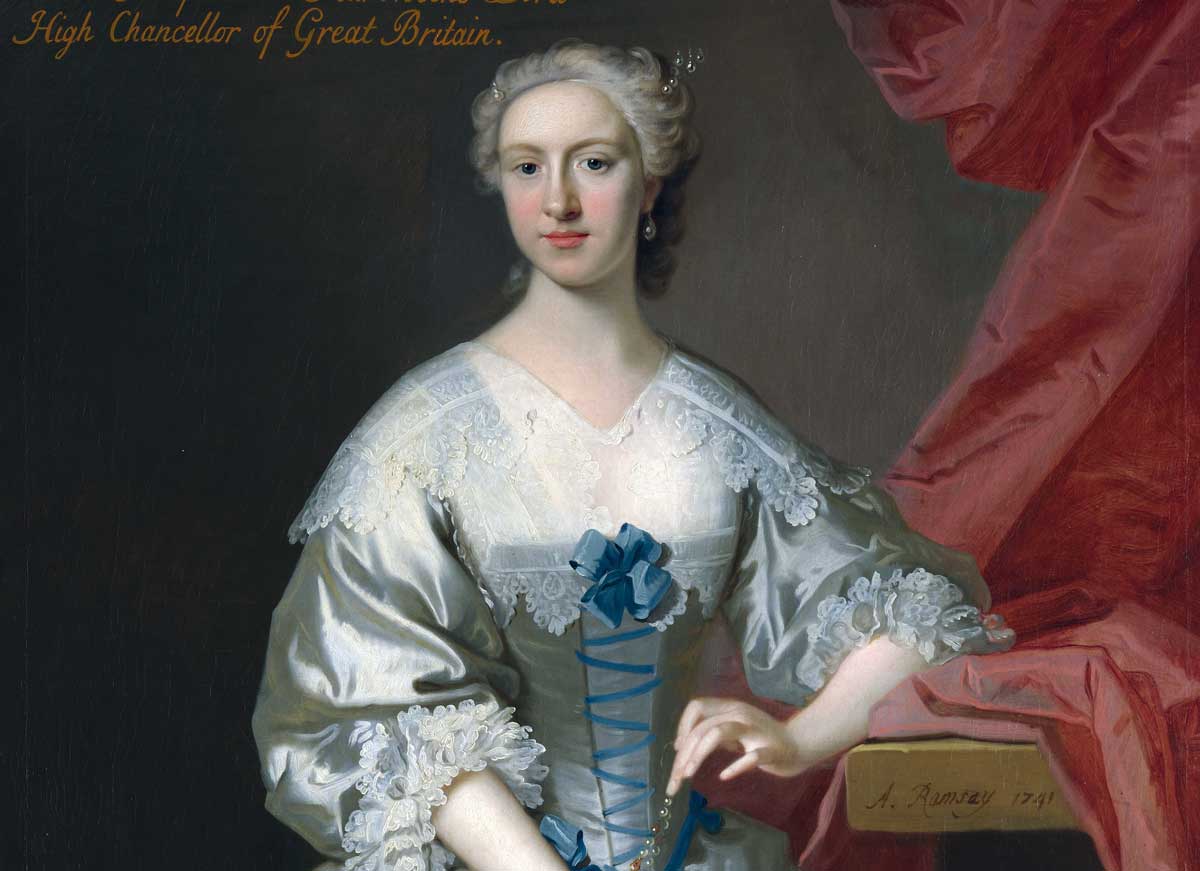 In the summer of 1745, Jemima, Marchioness Grey – handsome, clever and rich – had very little to distress or vex her. Then 23 years old, she was mistress of Wrest Park in Bedfordshire, happily married into a rising political family and surrounded by a lively intellectual coterie. Their days were spent in the extensive gardens and their evenings trading sonnets in the library.

Yet stormclouds were on the horizon. At least once a week Jemima sat down to write to her closest childhood friends, Catherine Talbot and Lady Mary Gregory. Their correspondence, edited by her daughter and now held in the Bedfordshire Archives, provides an alternative view of that momentous year, mixing the public and the personal and speaking to our own uncertain times. An uprising by a deposed monarchical line is, of course, a very different thing from a viral pandemic. Yet, in their emotional responses, the Grey family letters reveal some startling similarities with current events.

In early July, Jemima was a little diffident about introducing the topic of politics: ‘It would seem very affected perhaps to say that Public Affairs disturb me so much, (tho’ I think they now grow serious to everybody).’ Reports came in that the British army was losing ground in the War of the Austrian Succession on the Continent. This was both a blow to patriotic sentiment and a source of family anxiety, since Jemima’s brother-in- law was an officer.

While they waited for news to make its way across the Channel, however, life at Wrest went on much as usual. Jemima’s occupations were ‘writing dull Letters, breaking my Brains over Locke, or relieving them with the Harpsichord’. She went for frequent walks with her old dog Terrible and her new pet fawn. As the weather grew cooler, there was ‘the Library ready with Tea, Books, a Fire & Candles, & you can’t imagine anything more cheerful than that Room, nor more comfortable than reading there the rest of the Evening’.

These comforting descriptions in her letters, however, soon mixed with more urgent topical worries. In August, Charles Edward Stuart – Bonnie Prince Charlie, the Young Pretender – landed in Scotland, intending to regain the throne. Jemima hoped that it was only ‘a wild Attempt’, but realised that the absence of the army might make it a dangerous one. Within a month the Jacobites had taken Edinburgh and were preparing to march south.

Bedfordshire remained far from the action. But Jemima’s father and grandfather were Scottish lords, known for their loyalty to the Crown, and both based directly in the rebels’ path. In normal times, the slowness of the post from Scotland was an inconvenience; now, ‘one wants to hear daily if it were possible, for these are Events [that] make one feel very anxious’.

Like many of us, Jemima alternated between her usual routine – she finally finished reading Locke, mourned the sudden death of her fawn and looked forward to her ‘quiet calm Moonlight Walk … as a composing Draught in the midst of all these Troubles’ – and following the news obsessively. Rumours flew about the country and her letters are filled with projected numbers and locations of troops: ‘I cannot describe to you what a Confusion it has made in my Head: I have nothing but Maps & Plans (my hourly Study) and Names of Places in it, & am quite at a Loss now what to believe or what to think of all I hear.’

Her connections sometimes gave her additional information, but at other times she knew no more than what was reported in the newspapers, which was ‘partly true & partly false’. The friends forwarded publications to each other and – contrary to assumptions one might make about 18th-century women – voiced strong opinions about political and military strategy. ‘I heartily wish’, Jemima wrote in frustration after the Battle of Prestonpans, that ‘the Command was in other Hands.’

At the start of October, she came to London for the winter season and immediately longed to be back at Wrest. The Jacobites had crossed into England and were heading for London, while their opponents missed them in mud and bad weather. There were still plays and concerts to attend, but ‘I have heard & talk’d of nothing but the Rebellion. – I am in worse Spirits & seem to myself in more Danger from it … than in a lonely House among Woods & dumb Animals’.

An important function of the letters was as an outlet for the trio’s mental health amid the constant deluge of news. Catherine Talbot was prone to depression, while Mary Gregory lost a child around this time. Jemima did her best to console them, but their asynchronous communication made it hard to match each other’s moods. ‘I am glad you have recovered your Spirits again’, she told Catherine, ‘but to see how … soon we change from One to the Other, when you wrote before in a very doleful humour, I had just got out of my Frights here, & when I received your last Letter, was as bad in them as ever.’ Things were moving both agonisingly slowly and disconcertingly fast: ‘Four & twenty Hours often makes a prodigious Revolution in the whole System of our Politicks.’

Much as we now look back to the influenza epidemic of 1918, Jemima Grey referred to a time of upheaval a century earlier. ‘There is something in all these Armies marching about the Country’, she reflected, as her husband and neighbours organised militia regiments for their defence, ‘so dreadfully like the Civil Wars.’ This was a period the women had always been interested in, reading works of history and imagining what role they might have played. At the same time, however, the speed and suddenness of the present danger seemed unprecedented. Jemima concluded that ‘The whole of this Rebellion from the first beginning … is not to be paralleled in History, & will never be believed in future Times.’

By the end of December the Jacobites had retreated to Scotland and were decisively beaten at Culloden the following April. In later popular culture, they would be remembered as both romantic and doomed. Yet no one who lived through the autumn and winter of 1745, no matter how privileged, well-informed or realistic, could benefit from the certainty that historical distance now provides. Jemima could only sign off her letters with ‘Farewell, don’t be cast down, but hope the best.’

Natasha Simonova is a fellow and lecturer in English at Exeter College, Oxford.