A momentous change in the status of women began in the 1950s. 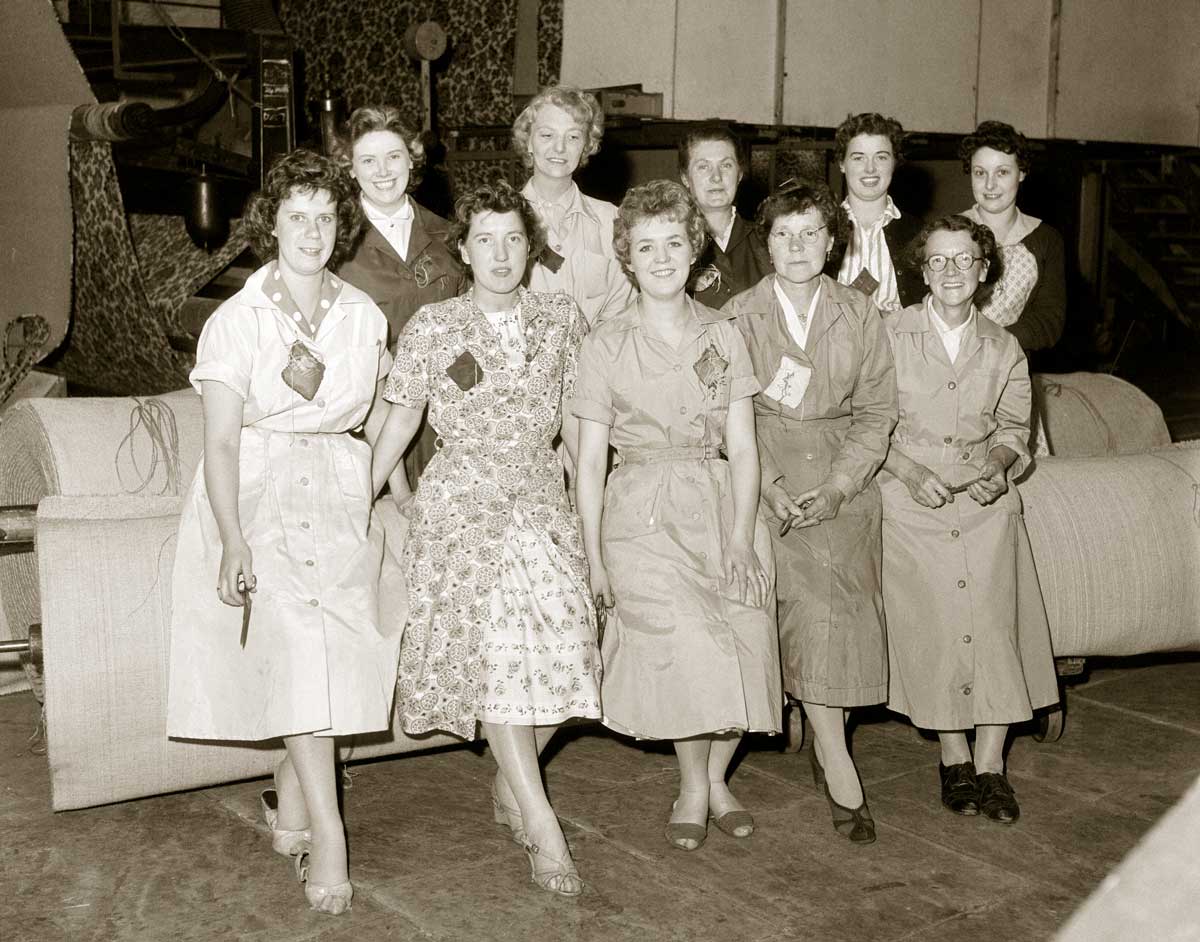 The 1950s is remembered as an era of ideal homes and perfect housewives. Yet this decade marked the beginning of a momentous social change: the rise of the working wife and mother.

Poor women had always laboured when they needed to earn a crust for their families, often through casual occupations such as charring, baby-minding and taking in lodgers. But in postwar Britain, the proportion of married women in regular paid work grew dramatically: from around one in five in 1951 to nearly half two decades later.

This phenomenon was first glimpsed during the Second World War, when patriotic housewives were recruited for munitions work, and again in the late 1940s, when women were called back into the factory to help the nation’s flagging export industries. ‘Britain is up against it’, one 1947 poster proclaimed: ‘Try and free yourself for work, whole-time or part-time. In the next big effort, you can be one of the women who turn the tide of recovery.’

Through the course of the 1950s, such measures became peacetime norms. Early marriage, smaller families and improved healthcare made it possible for mothers to consider a return to the workplace once their children were at school. This marked a significant change from earlier times, when marriage had usually signalled a woman’s permanent withdrawal from paid employment. Sociologists named this emerging pattern the ‘dual role’, noting how young wives were now working until their first pregnancy, retreating to the home for five or ten years, then re-entering the workforce fit and healthy in early middle age. By the late 1960s, media commentators were convinced that a fundamental shift had taken place: ‘Not so long ago women were expected to choose either a job or marriage’, a Woman’s Own journalist observed in 1969. ‘Today the ambitious girl doesn’t see why she can’t have marriage and a career.’

This verdict was optimistic, given the narrow range of jobs available to the returning married woman. Her labour was in greatest demand in low-paid sectors, where women had toiled for decades as factory hands, shop workers, cleaners, cooks and carers. More attractive openings could be found for those with formal qualifications, in nursing, teaching, medicine and social work, all occupations in which single women had previously made a mark. By the 1950s, employers in these fields were beginning to recognise married women’s demands for flexible hours and retraining. Careers in more prestigious professions, such as law, academia, business and the civil service, remained largely the preserve of men.

Nonetheless, these ‘little jobs’, as they were often called, represented new pleasures for the postwar housewife. Paid work, even of the most routine kind, could offer her a ticket to the world beyond the kitchen and a small slice of financial independence. ‘You do feel nice when you get your bit of money on a Friday and know that you’ve earned it’, was how one woman in south London put it to a researcher in the mid-1950s. ‘I used to turn the room around just for something to do’, recalled another, describing her former non-earning self. Many working wives took pride in helping to secure ‘extras’ for their families: a juicier cut of meat, new clothes for the children, even a television or a car. One Swansea housewife spoke of her morning paper round in near euphoric terms: ‘I meet people, have a chat, hear the news and have a glorious walk … My savings are slowly rising and our family will be able to have a holiday this year.’

Few husbands were willing to relinquish their breadwinner status, but they did recognise the advantages of a second income. ‘With only one working in the house we wouldn’t be able to get things we wanted and we wouldn’t be able to go on holiday’, explained one 30-year-old welder. A few husbands even lent a hand with cooking and washing up, or put the children to bed when wives worked evening shifts at the factory. ‘Of course, a husband has to help out at home’, one plumber wrote, ‘but he’s getting the benefit.’

‘Helping out’ did not amount to an equal sharing of housework and childcare. These tasks still fell to mothers. Many of the ‘little jobs’ deemed a good fit for married women in the 1950s were part-time, which enabled wives to attend to their traditional duties alongside earning a supplementary wage. From one perspective, this was an ideal arrangement. Factories offering a choice of shift patterns, unpaid leave during school holidays or regular seasonal work had no shortage of willing recruits. On the other hand, part-timers were usually ineligible for promotion, pensions or pay rises and were the first to be laid off when trade was slack.

Furthermore, the promotion of part-time work as the ‘natural’ domain of wives and mothers gave government and employers little incentive to invest in nurseries or after-school clubs, which would have given women more choice about the kinds of jobs to pursue. Part-time work also let husbands off the hook, presenting little challenge to their pattern of continuous, full-time employment, or to their exemption from most domestic chores.

Despite this, the rise of the working wife and mother proved transformative. She became an ordinary figure in affluent Britain: a resourceful, well-adjusted woman whose earnings allowed her family to enjoy the fruits of a consumer society. Moreover, returning to work after a period of home-making allowed many women to claim some sort of life of their own, beyond marriage and motherhood. The postwar housewife wanted more than her mother’s generation had been able to imagine. These desires presaged the politics of autonomy and self-determination that the Women’s Liberation movement would nurture in the 1970s. Little jobs could have big effects.