How the Nazi persecution of Jews shaped the African-American freedom struggle. 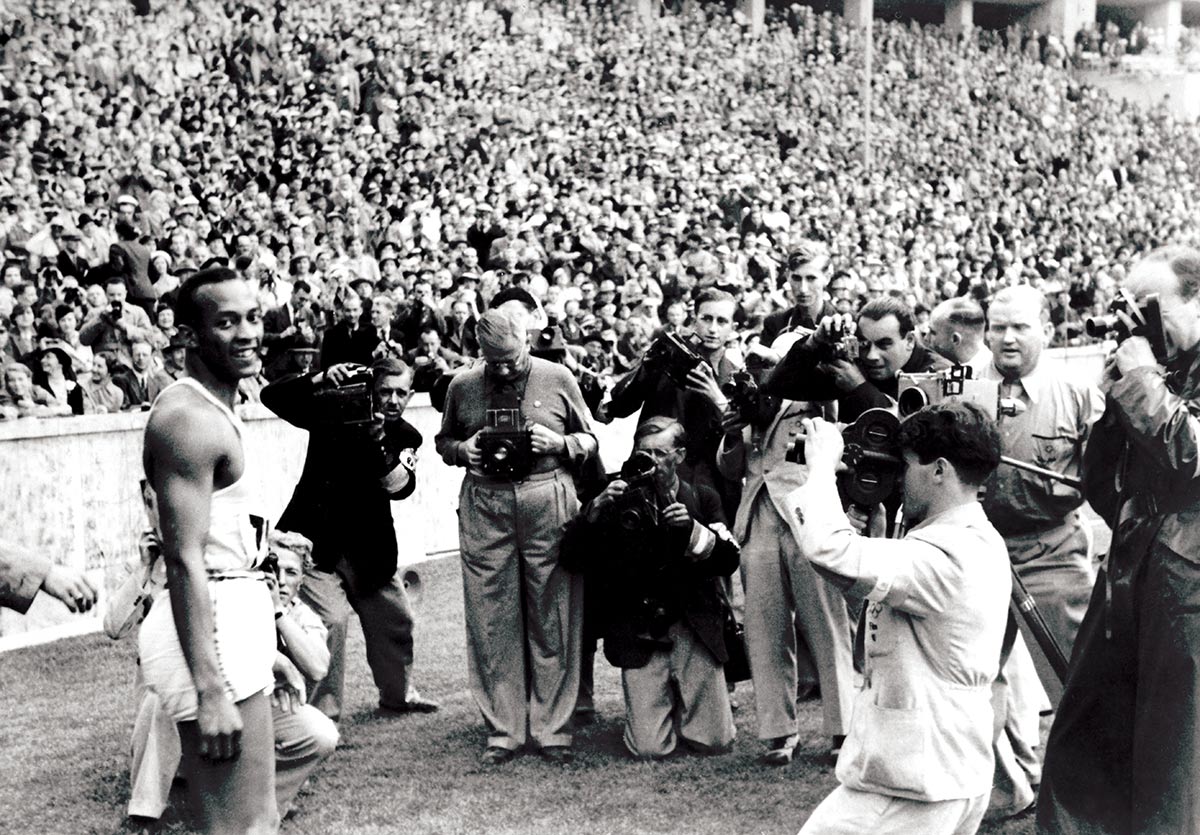 Martin Luther King delivered his celebrated ‘I Have a Dream’ speech on 28 August 1963 at the March on Washington. Less well known is that one of the other speakers that day was Rabbi Joachim Prinz, a political émigré who had fled Nazi Germany in the 1930s. His presence at the march demonstrated political solidarity between African Americans and Jews that had been strengthened by the horrors of the Holocaust.

African Americans were not initially unanimous in their condemnation of Nazi persecution of Jews. Some black newspapers acknowledged that the Nazis posed a danger to Jews but still saw the situation as paling in comparison with the daily abuses African Americans suffered. As the Afro-American and Richmond Planet argued, ‘Our biggest problem at the moment is to watch the Hitlers right here in our own country.’

Yet many African Americans denounced Nazi antisemitism from the outset. The black press emphasised their common cause with Jews in fighting all forms of racial and religious persecution by pointing out that black citizens in Germany were also the victims of Nazism. This included the prohibition on interracial sexual relationships, the exclusion of black entertainers and the enforced registration of people of colour in German-occupied territory.

While African Americans were morally opposed to the Nazi persecution of Jews, they also saw the issue as a means to advance their own struggle against discrimination. How, they argued, could white America condemn the oppression of Jews in Europe while tolerating violent discrimination against fellow citizens at home? The African American, asserted Roy Wilkins of the National Association for the Advancement of Colored People, ‘wonders that these people can become so stirred over raiding Storm Troopers in Germany and remain so quiescent over raiding mobs in Dixie’.

Black political commentators underlined their criticism of white American hypocrisy by pointing out that the Nazis invoked the discriminatory practices of the southern states to legitimate their own racial and religious policies. As the legal scholar James Q. Whitman has demonstrated, Nazi policy was shaped in part by American race laws. American anti-miscegenation statutes provided models for the second Nuremberg Law, the Law for the Protection of German Blood and German Honour, which prohibited Jews from marrying or engaging in sexual relations with persons of ‘German or related blood’.

Before the outbreak of the Second World War, the most direct confrontation between African Americans and the Nazi regime occurred in sport. Jesse Owens’ success in winning four gold medals at the Berlin Olympics in August 1936 served as a powerful refutation of Nazi ideas of Aryan supremacy. The boxer Joe Louis also struck a literal as well as figurative blow when he avenged his earlier defeat by Max Schmeling with a first round knockout of his German opponent at Madison Square Garden in June 1938.

Later, when the United States entered the War in December 1941, black activists pushed analogies between Nazism and Jim Crow to warn that racism undermined the democratic ideals for which the Allies were fighting. Discrimination in the US military, the separation of Red Cross blood banks, exclusion from war industries and domestic race riots were all likened to Nazi antisemitism. This disparity between rhetoric and reality gave rise to the ‘Double V’ campaign, which promoted the fight for freedom at home as well as overseas.

African-American sympathies for the plight of European Jews intensified during the spring and summer of 1945 when the black press published eyewitness accounts from soldiers who had helped to liberate the concentration camps. The sheer horror of what the troops observed momentarily silenced any comparison with southern racism.

The resurgence of American racism after the war nonetheless led to a reassertion of comparisons between Nazism and Jim Crow. Black activists framed racial discrimination at home as a betrayal of the democratic ideals for which the nation had fought, accusing white supremacists of subverting Allied victory by perpetuating the ideas and practices of wartime enemies. In an open letter to Attorney General Tom Clark, black veteran John Gilman declared that he had fought to liberate Europe from Nazi tyranny only to return home to a country that allowed the racist murderers within its own midst to act with impunity. ‘I’m writing to let you know’, he announced, ‘that the same crimes that Hitler, Goebbels, Goering … and all the other Nazi criminals have enacted are now going on right before your eyes.’

African Americans continued to manipulate historical memory of the Holocaust for their political advantage at the height of the Civil Rights movement. Black activists represented themselves as embodying the ideals of American democracy and their white supremacist opponents as betraying the aims for which the US had fought the Second World War. While black demonstrators peacefully protested for their constitutional rights, white southern reactionaries used Gestapo-like tactics to maintain a system akin to the Nazi racial state.

The rise of Black Power in the late 1960s undermined the parallels African Americans had drawn between US racism and Nazi antisemitism. Black Power’s conception of African Americans as an internally colonised people led to a greater global solidarity with other oppressed peoples struggling for the right to self-governance, leading them to denounce the state of Israel and support the Palestine Liberation Organization. Black antisemitism also affected former sympathies for Jews.

The parallels black people drew between Nazism and American white supremacy were never precise. Although white authorities often colluded in acts of racial intimidation and murder, the extermination of African Americans was not a systematically coordinated governmental policy. Yet for African Americans in the decades before, during and immediately after the Second World War, establishing if not the equivalence then at least the similarity between their own condition and that of European Jewry provided a powerful rhetorical tool for mobilising moral and political support in the struggle against white racism.

Clive Webb is Professor of Modern American History at the University of Sussex.