Many people have been accused of trying to establish a Fourth Reich, but what was it? 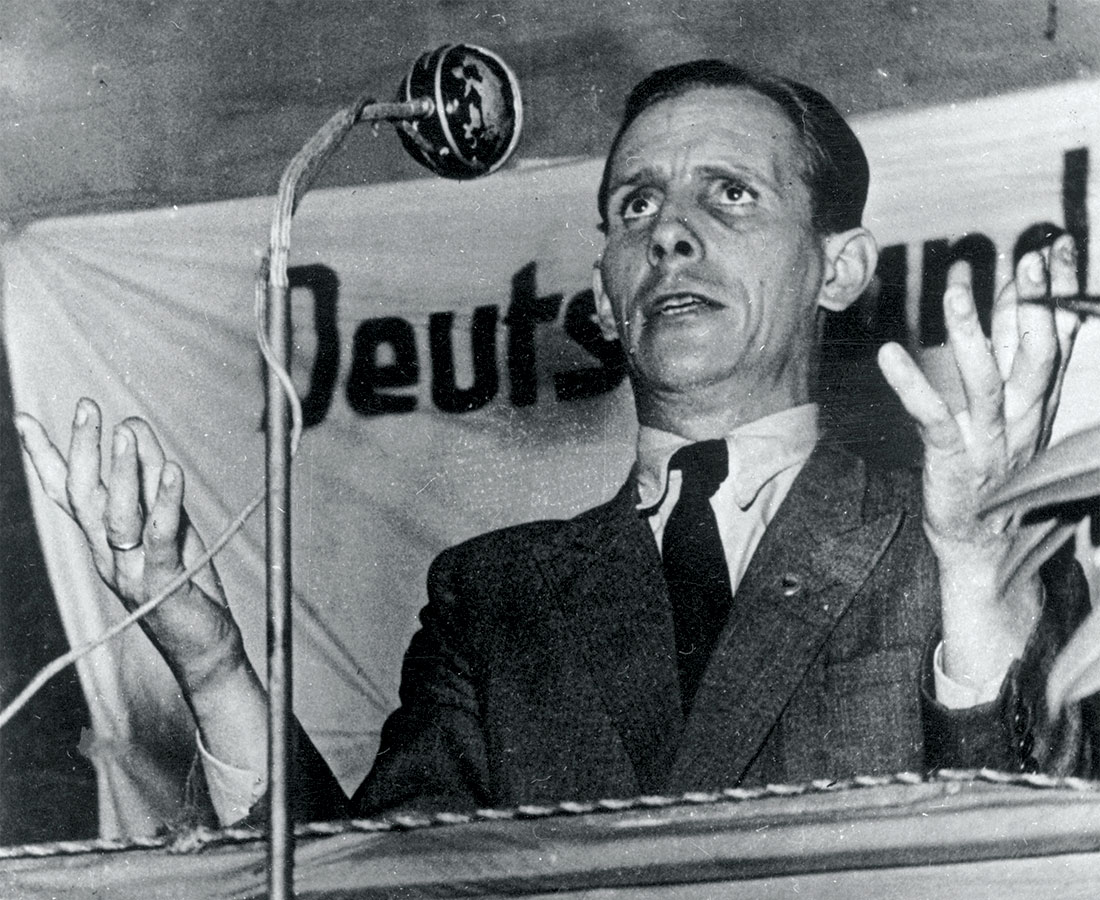 Although Hitler’s Third Reich collapsed almost 75 years ago, its successor – the Fourth Reich – is alive and well. That, at least, is the claim of some European and US journalists, politicians and other activists, who, in recent years, have used the phrase to attack opponents.

In the last decade, Greek leftists and Russian nationalists have accused the German Chancellor Angela Merkel of using the EU to impose a German-dominated Fourth Reich on Europe. Arab critics have accused the Israeli government of acting like a Fourth Reich, following its military actions in Gaza and Lebanon. And left-wing activists in the US have charged Donald Trump with trying to establish a Fourth Reich in America.

The spread of the Fourth Reich as a polemical slur is more than merely the latest example of a wired world’s casual use of inflationary and defamatory rhetoric. As a historical concept, the Fourth Reich has a complicated history, with important lessons for how we conduct political discourse.

Today, the idea of the Fourth Reich is synonymous with resurgent Nazism, but it is more ominous than ‘neo-Nazi’, as it designates something actual rather than merely aspirational. The Fourth Reich suggests that right-wing extremists are on the brink of power, or have already attained it. Ironically, the term actually had a very different meaning. The Fourth Reich was first used as a rallying cry in the 1930s by German opponents of the Nazi regime. The groups who employed the term spanned a broad political spectrum: from left-wing German exiles in Paris, who produced a ‘Draft Constitution for a Fourth Reich’ in 1936, to conservative monarchists, who spoke of a future post-Nazi Fourth Reich of Christian unity. Equally strange bedfellows were Jewish refugees in New York, who called their neighbourhood the ‘Fourth Reich’, and renegade Nazis belonging to Otto Strasser’s schismatic ‘Black Front’ organisation, who envisioned the Fourth Reich as a place where a ‘genuine’ National Socialism would one day be realised.

The term’s meaning changed dramatically after the Second World War. As Allied forces occupied Germany, fears that unrepentant Nazis would refuse to surrender – and one day seek to return to power – gradually transformed the term from one of hope to one of fear: a fear that was far from groundless. Although today Germany’s postwar democratisation is often seen as inevitable, in 1945-47 Nazi groups challenged Allied troops with various coup attempts. All of them were eventually suppressed, but their media coverage hyped the averted threats as harbingers of a possible Fourth Reich, changing the term’s meaning.

In the decades that followed, the Fourth Reich became the term of choice for activists who hoped to keep the western world vigilant about the evolution of West Germany’s fledgling democracy. When the Federal Republic faced neo-Nazi threats in 1951-52 – with the rise of the Socialist Reich Party (SRP) and the uncovering of the Nazi ‘Gauleiter Conspiracy’ – western newspapers actively warned of a possible ‘Fourth Reich’. The same was true around the time of the ‘swastika wave’ of antisemitic vandalism in 1959-60 and the rise of the far-right National Democratic Party (NPD) in 1966-69. Such warnings continued through the anxious years surrounding German unification in 1990. In short, the Fourth Reich was a probationary term, reminding Germans that the West had not forgotten the Nazi past.

The Fourth Reich was also applied to the US. Thanks to the racist backlash against the Civil Rights Movement, the escalation of the Vietnam War and the scandals of the Nixon administration, many on the political left claimed that a Fourth Reich was dawning in America. In a 1973 interview, the writer James Baldwin decried American voters’ decision to return ‘Nixon … [to] the White House’, declaring that: ‘To keep the n----- in his place, they brought into office law and order, but I call it the Fourth Reich.’

The term also penetrated US popular culture. Building on early postwar films, such as Orson Welles’ The Stranger and Alfred Hitchcock’s Notorious (both 1946), a flood of novels, films, television programmes and comic books in the 1970s and ’80s showed Nazi villains pursuing a Fourth Reich across the globe. The premise has retained its resonance up to the present day.

It remains an open question how we should view the spread of the Fourth Reich as a political signifier. In many ways, it reflects the trade-offs that accompany the use of Nazi analogies today. As we struggle to understand and confront the emergence of right-wing political movements in the West, we face the dilemma of responding with excessive alarmism or excessive complacency. Too many hyperbolic comparisons – for example, between Donald Trump and Adolf Hitler – dulls the power of historical analogies and risks crying wolf. Too little willingness to see past dangers lurking in the present risks underestimating the latter and ignoring the former.

It is particularly timely, therefore, to revisit how the West has coped with the nightmare that never happened – the creation of a Fourth Reich. On the one hand, it reminds us that people not so long ago were paralysed by concerns that proved to be groundless. On the other hand, studying the Fourth Reich helps us realise that postwar fears of a Nazi return to power were also grounded in real dangers – ones that might have been realised had circumstances been even slightly different.

By revealing how contingencies can determine history – by reminding us that our world was hardly inevitable – the history of the Fourth Reich warns against complacency. By revealing how our worst fears have gone unrealised, it cautions against hysteria. By examining how people have contended with fears in the past, it shows how they might cope with fear in the present.

Gavriel D. Rosenfeld is Professor of History at Fairfield University and the author of The Fourth Reich: The Specter of Nazism from World War II to the Present (Cambridge, 2019).