Britain’s psychological warfare campaign against the Nazis pre-empted the information wars of the 21st century. 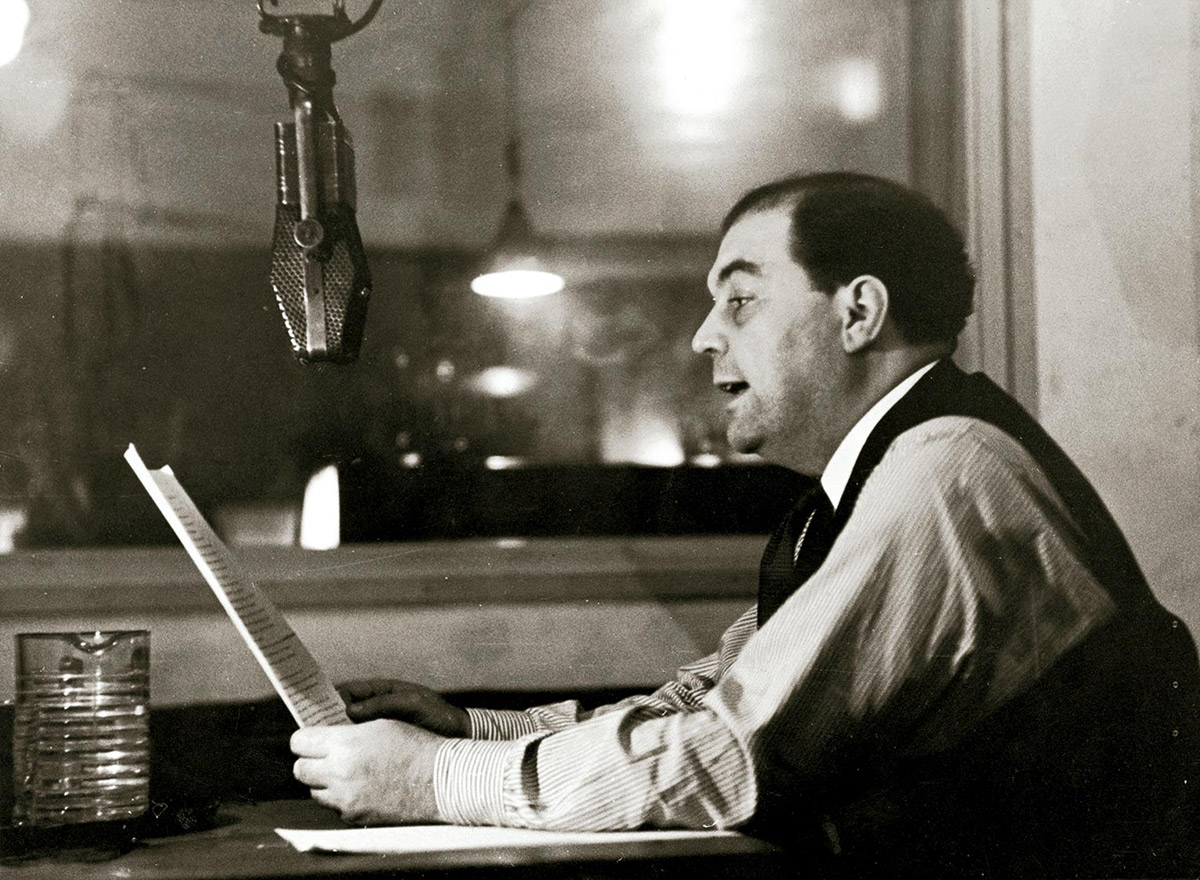 Social media is used strategically to disseminate ‘fake news’. Online profiles are hijacked and hacked in order to agitate, stoke divisions and ‘troll’ adversaries online. These methods of waging a very contemporary style of combat are sometimes known by the more sinister epithet, ‘psychological warfare’. Yet so many aspects of this supposedly 21st century phenomenon – from its harnessing of communications technology, to its emphasis on controlling narratives of who is ‘good’ or ‘evil’ in various global struggles – has deep roots.

When British armed forces were driven from the Continent following Germany’s rapid and successful invasion of France in the summer of 1940, Prime Minister Winston Churchill was faced with a vexing problem: how to continue the fight now that Britain no longer had a military presence in Europe? One solution was offered by an expert on Germany, Sefton Delmer, a Berlin-born journalist who spent the early 1930s working as a foreign correspondent for the Daily Express. Delmer had been embedded with Nazi party activists during Hitler’s 1932 election campaign, taking copious notes on everything from the style of the would-be Führer’s oratory to the groupthink that lay behind the bond he was forming with the German people. Years later, with Britain under threat and the Allies incapable of striking back in Europe, Delmer drew on his observations to put himself forward as a British soldier of a very different kind – one who would fight the Nazis not with bullets and bombs but with psychology.

The medium through which this war was waged by Delmer, along with others attached to Britain’s highly secretive Political Warfare Executive (PWE), was a series of fake radio stations, or Research Units (RUs), the analogue forerunners of the fake news sites and troll Twitter accounts that plague the Internet.

The RUs were established across Britain at the beginning of the war as short-wave radio transmitters, complete with teams of agents. Their task was to gather intelligence on economic conditions, food supplies, troop movements and morale within the Third Reich, which then became the basis for propaganda broadcasts to the heart of Hitler’s empire.

Under the direction of PWE, the RUs became highly subversive. Their broadcasters purported to be present in either the occupied territories of Europe, or within the corridors of power in the Third Reich itself, watching the rot from within.

This was just one of the many deceptions perpetrated by the RUs. Some stations disseminated propaganda that was unabashedly critical of the Nazi regime and boastful of Allied fortunes. Yet while such sentiments might have played well to audiences in occupied France, Belgium and Czechoslovakia, the need to build a more diverse listener base led other RUs to engage in a more cerebral form of propaganda, one which sought to carve ideological schism and fracture into the various political and ethnic groups that the Nazis ruled over.

La France Catholique, for example, broadcast propaganda to a conservative French Catholic audience, with the aim of inciting a rebellion of the clergy against the German occupation on the grounds of Christian morality. Radio Travail, by contrast, appealed to France’s revolutionary and secular traditions, calling on workers to unite against both the Fascist invader and the collaborationist regime in Vichy. Perhaps the most important RU, Gustave Siegfried Eins, took a more sophisticated approach to its objective of creating chaos in Nazi Germany. Rather than promote outright revolt, the RU appealed to the ‘correctness’ of traditional, conservative Germans, while damning the radical, thuggish nature of the Nazi regime.

To this end, the Gustave Siegfried Eins broadcaster imitated a stiff-backed German nationalist who, though possessed of love for his country and a loathing of foreigners, had nothing but bile and disgust for the Nazis, who he accused of corruption, ineptitude, decadence and sexual debauchery. Such sleaze-slinging was frowned upon by some in PWE – particularly when it was suggested on air that a certain German general was in the habit of engaging in orgies with the wives of U-boat submariners, while they risked their lives for the Reich out in the Atlantic. As Delmer argued, however, without recourse to such lurid tales, he could not hope to engage the casual listening audience that he wished to divide.

His objective to this end was to use the RU to break the German people down into two broad categories: those who were outraged by the words of Gustave Siegfried Eins and pledged themselves more fanatically to Hitler in response; and those who believed the tales of corruption and debauchery and so became ever more opposed to the regime. The endgame in either instance was for the German people to turn on one another and so erode the foundation of Hitler’s Volksgemeinschaft.

Sophisticated though these efforts were in regards to group think and human psychology, Britain’s RUs never came close to fracturing the Nazi state: the German people were too bound up in the Reich and were too confident in the regime for such an outcome to transpire.

Yet the potential for disruption in the RUs’ activities should serve as both an instruction and warning for the 21st century, a period in which fake news, trolling and the establishment of misleading narratives online are increasingly commonplace, to the point of being accepted as normal. If history is any guide – and so far it has been – in understanding such phenomena, the grounds for further acts of psychological warfare similar to those of Delmer are likely to increase in the years to come.

James Crossland is Senior Lecturer in International History at Liverpool John Moores University and the author of War, Law and Humanity: the Campaign to Control Warfare (Bloomsbury, 2018).