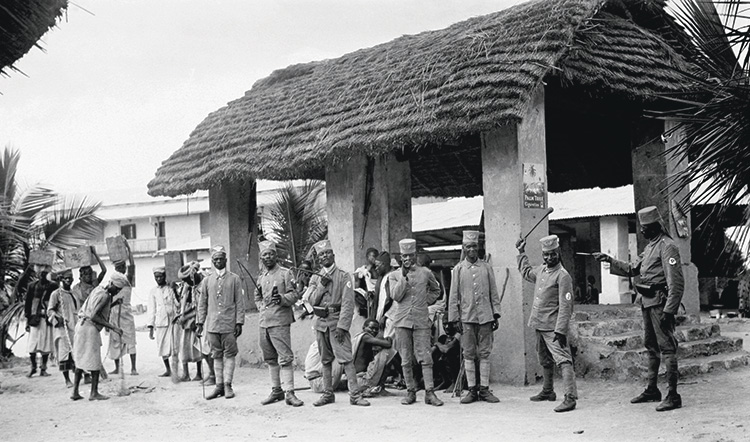 The end of the First World War did not put a stop to the suffering of civilian populations caught up in the conflict. The plight of Germans, Russians, Austro-Hungarians and Italians during the 1920s are well documented. Among the major theatres of war, the least discussed among historians is German East Africa (what is now Burundi, Rwanda and mainland Tanzania).

To understand the challenges faced in the region following the war, we must first look at the carnage experienced during it by indigenous peoples. The German census in 1911 set the approximate native population of German East Africa at 7.5 million; 1913-14 estimates varied between 7.7 and 7.8 million. By 1921, the British census listed the native population for the same area at approximately 4.1 million. There are many reasons for this drastic drop. While the number of combat dead on both sides was relatively low – somewhere between 16,000 and 18,000 native soldiers were killed – the number of labourers and non-combatants who died is significantly higher.

The only reliable way to transport supplies across the colony was with porters hired locally. In 2001, the historian J.P. Cann estimated the losses among porters at between ‘100,000 to 120,000 on the German side and 250,000 on the Allied side’. That is out of approximately one million who were recruited and conscripted. These porters died of a combination of illnesses, exhaustion and malnutrition.

Disease was also a major factor in the civilian death toll, with anywhere from 10 to 20 per cent of the population killed between 1914 and 1918. The worst single instance was the flu epidemic of 1918, which killed around 200,000 in German East Africa and more than 1.5 million across sub-Saharan Africa. As the historian Daniel Steinbach has noted, hundreds of thousands, if not millions, of civilian dead were largely unrecorded and ‘unnoticed by the world’.

Civilians also suffered heavily from Allied and German raids on villages for food and other essential supplies, which led to multiple famines across the protectorate.

Recovering from this massive loss of life was a slow process and economic recovery took even longer. A lack of cooperation between different parties following the war, as well as multiple administrative structures, further complicated rebuilding the region. 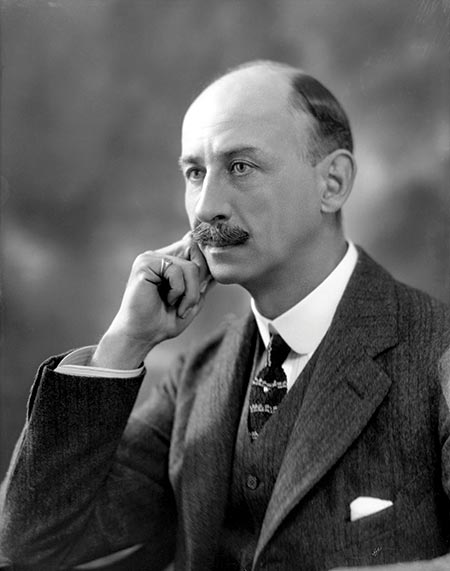 In 1916 Horace Archer Byatt, a colonial governor with considerable experience of Africa, assumed temporary control of the administration of German East Africa, following a number of successful allied campaigns. His primary responsibility was to ensure that allied soldiers stayed equipped across the protectorate: the needs of local citizens were a secondary thought.

Byatt assumed official power as governor in 1920 following the British government’s ‘Tanganyika Order in Council, 1920’. Byatt, who oversaw all of the local administrative functions, reported to the East Africa Commission, which in turn reported to Parliament and the Colonial Office. The East Africa Commission also liaised between the UK and the Permanent Mandate Commission, which was the League of Nation’s official body overseeing its mandate territories; the League had declared Tanganyika a UK mandate territory in 1922. These various bodies had differing views on how to manage the territory: the East Africa Commission was concerned with the territory’s economic output; the local administration with its financial status; and the Permanent Mandate Commission with the applicability of international law in Tanganyika. The result was that the local administrators focused on expanding their financial interests, including the reconstruction of Tanganyika, while the Permanent Mandate Commission pressured administrators to improve conditions for native citizens.

This conflict had direct consequences for the legal rights of African workers. Wealth distribution and employment rights heavily favoured local administrators and British employers over African workers. While the Permanent Mandate Commission pushed for the complete removal of forced labour and the East Africa Commission voiced support for this initiative, local employment conditions altered little. During the 1920s many Africans were employed in contract work. In the event that a dispute occurred, the employers had more authority with the local constabulary and courts than the workers. Administrators, as Hanan Sabea observed, argued that ‘most of the penal clauses ... weighed heavier on the employer and the recruiter rather than on the labourer’. It was only international pressure that forced the British administrators to improve regulations on contracts and working conditions in the late 1920s and early 1930s. This did not resolve the imbalance of powers between European and native citizens, as British administrators held much the same powers over the native populations as their German predecessors did. But the period did mark the beginning of a slow shift towards native rights.

There was little incentive for British businesses and administrators to invest beyond territory that was already developed. By 1924 most of the fundamental rebuilding was complete and many plantations, for the first time since before the war, were showing profits again. Yet, as the East Africa Commission noted in a report of 1925, the country still suffered from inadequate infrastructure.

While the north-east, the most populated region, was at a functional level, the southern third of Tanganyika was sparsely populated with virtually no railways or communication lines, which made the cost of investment too great, especially once the Great Depression hit after 1929. Native citizens who lived outside of the populous north had no incentive to support development or to improve production beyond the needs of small-scale, local consumption. Investors could not develop markets to the south without interest from native businesses and natives had no reason to create businesses without tremendous investment first. It was a cycle of despair.

Attempts at reviving the south failed significantly to expand its infrastructure or its economic capacity beyond prewar levels. Despite this, the restoration of some kind of normality in a nation that saw a 30 to 40 per cent drop in its population and the total destruction of its prewar infrastructure is a testament to the fortitude of the native population.

Quentin Holbert studies the British Military in Africa at the University of Calgary.