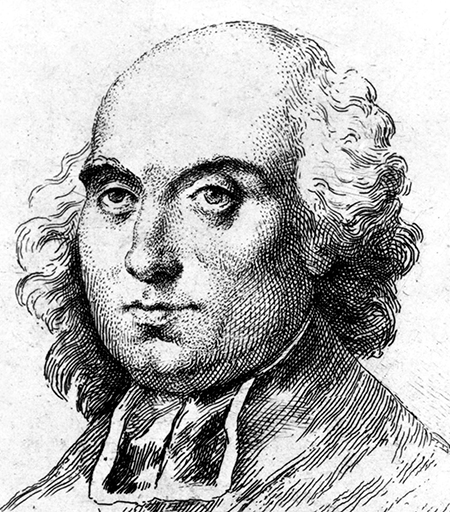 Censorship was extremely rigorous in 18th-century France during the reign of Louis XV. Despite this, copies of a cursed manuscript circulated in deepest secrecy, unknown to the police. Were it discovered, its author would face the death penalty; those who held it in their possession kept it cautiously hidden. Handing this text over to a printer would have been highly dangerous and it, therefore, remained within a small circle of friends who shared an interest in subversive writings.

The first account of this dangerous manuscript dates from 1735, when Voltaire asked his friend, the writer Nicolas-Claude Thiriot, to provide him with a handwritten copy of priest Jean Meslier’s dangerous philosophical will.

We know little about the life of Jean Meslier (1664-1729). He was a modest rural priest in Etrépigny in the Ardennes, who had always been devoted to his parishioners. Yet, when he died in 1729, he claimed unexpectedly to be an atheist in a will more than 1,000 pages long, which appeared to be a negation of the religion he had spent his life preaching. Meslier’s atheistic convictions had not impeded his civic duties. The discreet priest had always behaved honourably. In writing his will, however, he left a poisoned legacy for his parishioners.

In one of the few surviving texts from his lifetime, Meslier was remonstrated by his archbishop for having, in a sermon, accused the local lord of robbing the poor. He took this sentiment further in his will, calling for the hanging and strangulation of all the nobles with priests’ entrails.

In his correspondence, Voltaire tells us that he had bought his own copy of the manuscript for eight louis d’or in 1735 and that more than 100 duplicates were circulating in Paris. One louis d’or (gold coin) had, at the time, approximately the same value as a fully equipped saddle horse. Eight louis d’or constituted a considerable sum of money and, therefore, confirmed the manuscript’s exceptional rarity, as well as its high demand among wealthy men of letters.

In Britain, the Licencing Act had been abandoned in 1694 under William III, thus consecrating freedom of expression. The same was not true of France, where royal power and the Church jointly exercised rigorous censorship. Rome rejected paganism, pantheism, scepticism, agnosticism, deism and materialism; all philosophies combined under the name of ‘atheism’. Any thought or attitude deviating from the dogma enacted by the Catholic authorities was rigorously condemned.

Meslier’s text begins with the words ‘My dear friends’ and is addressed to the people ‘so tyrannically oppressed by the wicked rich and the great of the earth’. It revolves around three themes: an absolute negation of Christianity, an apology for materialism and an egalitarian social project, based on the abolition of the nobility and monarchy. Such arguments were considered an offence during the reign of Louis XV and carried the death penalty. As an illustration of the strict intolerance of the Church, the 19-year-old Chevalier de la Barre was executed by decapitation for refusing to remove his hat in front of a religious procession in 1766.

Meslier’s work, which described religion as trickery, was inescapably dangerous. He wrote that the Gospels were fables, Jesus Christ a fanatical lunatic, the Holy Trinity meaningless, the Eucharist only a bakery farce and the Old Testament nothing more than a compilation of pagan customs. He argued that God, by relieving neither misery nor suffering, could not exist.

Even more serious was his claim that matter existed by itself without the intervention of any creator and that neither God nor any other supreme being was behind the creation of the universe. He asserted that the soul was not immortal and would be extinguished at the time of death.

Demonstrating the greatest compassion for the people, Meslier proclaimed, 60 years before the French Revolution, that kings and religion were the root cause of their suffering and that their liberation required the fall of altars and the heads of kings. Aware that he was not a theorist, Meslier called on intellectuals to tackle this subject and to stand up for the causes of justice and truth.

Voltaire possessed the manuscript for more than 25 years before deciding to publish it anonymously in 1761 in Switzerland, in the form of extracts. In total he only published ten per cent of the original text, removing the materialistic and revolutionary chapters and retaining only the deconstruction of Christianity. In addition, he changed the end of Meslier’s will, pretending the priest was a deist like himself.

Removed from the French royal wrath in his domain of Ferney near Switzerland, Voltaire asked the philosophers living in Paris to print 5,000 copies and distribute them, but they refused his request from fear of the stake. The risk was high, given that the French Encyclopedia had already been banned by Louis XV in 1752 on the grounds that it corrupted morals and promoted irreligion and disbelief. Denis Diderot had served three months in prison in 1741, thanks to the inherent atheism in his Letter on the Blind for the Use of those who can see, an apology for John Locke’s empirical philosophy. In the end, however, Voltaire’s toned-down version had little success and barely sold, as confirmed in 1762 by the Correspondance Littéraire, an exhaustive literary criticism.

Meslier’s thoughts were later counterfeited in pirate editions of his work, which created confusion by bringing together Voltaire’s toned-down version with a text from the radical philosopher Baron d’Holbach (1723-89), called Le Bon Sens under the common title, Le Bon sens du curé J. Meslier suivi de son testament (The good sense of the priest J. Meslier followed by his will). However, d’Holbach never mentioned Meslier in his work. This misappropriation of clandestine texts by unscrupulous publishers, who tended to recycle a mixture of old pieces of written work under catchy titles, was typical of the time.

The first edition of the full text of the will dates from 1864, published in Amsterdam, though Meslier remained in the shadows. He experienced a resurgence with the Bolsheviks, who considered him a precursor of Marx but, ultimately, Meslier has been little studied and remains mostly unknown to the public.

Morgane Guinard is an Honorary Researcher in radical Enlightenment and subversive manuscripts at the University of Sheffield.