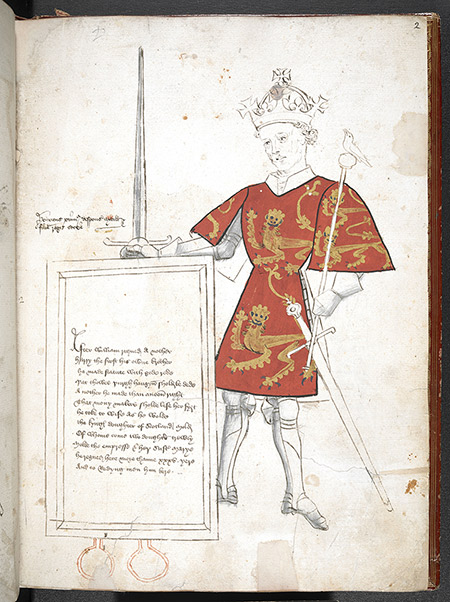 There was much excitement recently about the news that – hot on the heels of the finding of Richard III’s body in Leicester a few years ago – an investigation has begun to explore the site of Reading Abbey, which may involve locating the remains of Henry I.

Work to find out more about this important monastic site is very welcome. But it is rather a shame (though unsurprising) that media attention focused chiefly on the possibility of finding the king’s body, rather than on what we might learn from these investigations about the larger story of Reading Abbey. Searching for royal relics seems to be in vogue; there are also explorations going on in Winchester to find the remains of Alfred the Great and to study the bones of Cnut, Harthacnut and other 11th-century kings and queens who have for centuries been unceremoniously jumbled up in mortuary caskets in the cathedral. Fortunately, Henry I does not arouse such strong passions as Richard III. Even if he is found, there is unlikely to be a repeat of the controversies that surrounded Richard’s reburial last year.

Henry is certainly an important part of Reading’s history: he was the founder of the abbey, where he was buried – while it was still incomplete – after his death in 1135. But the monastic history of the town precedes him by more than a century: a religious house for women was supposedly founded in Reading in the tenth century by Queen Ælfthryth, mother of Æthelred the Unready, in memory of her young murdered stepson, Edward the Martyr. Furthermore, the history of Reading Abbey, of course, continued for 400 years after Henry’s time. It was at Reading that the first polyphonic song surviving in English, ‘Summer is icumen in’, was written down in the 13th century – one particular highlight in a long and distinguished institutional history, which concluded violently when the last Abbot of Reading was hanged, drawn and quartered at his own abbey gate in 1539.

The above-ground ruins of Reading Abbey are currently closed to the public, but the abbey precincts are now occupied by a park and a collection of modern office buildings. When I first explored this part of Reading on a sunny autumn weekend, I was struck by how ghostly and lifeless those tall buildings were, in their glittering glass emptiness, towering over the fragments of stone remaining from the abbey. They were more eerie than any medieval ruin could be and just as expressive (a medieval historian might think) of the transitory nature of earthly wealth and power. Reading’s newest skyscraper was built in 2009, at the southern edge of the abbey precincts; will it last centuries, decades, or just a few years?

The historian Henry of Huntingdon, writing in the year of Henry I’s death, provides a memorable take on these questions in the epilogue to his Historia Anglorum. From his perspective in 1135, he looks back to the year 135, and forward to 2135, to situate himself and the powerful people of his time within a considerably longer perspective.

‘This is the year which holds the writer: the thirty-fifth year of the reign of the glorious and invincible Henry, king of the English’, he begins. But then he surveys the great men of 135, the emperors, kings, bishops and archdeacons like Henry himself. What survived of them, he asks, after a thousand years? ‘If any of them strove to win fame,’ he says, ‘and no record of him now survives, any more than of his horse or his ass, why did the wretch torment his spirit in vain?’

Then he looks forward and speaks to those living in the third millennium, in 2135. ‘Consider us, who at this moment seem to be renowned, because we, miserable creatures, think highly of ourselves ... Tell me, what gain has it been to us to have been great or famous? We had no fame at all, except in God.’

Henry’s meditation on mortality strikes a timely note as we inhabitants of the third millennium search for the earthly remains of his ‘glorious and invincible’ king. He might have pointed out that the bodies of the poor and forgotten buried in England’s country churchyards have lain more peacefully, undisturbed for generations, than Henry I in his splendid abbey church. Finding kings under car parks has become something of a popular joke – but a medieval historian might instead have taken it as a poignant reminder of how easily, over the centuries, sacred places become waste.