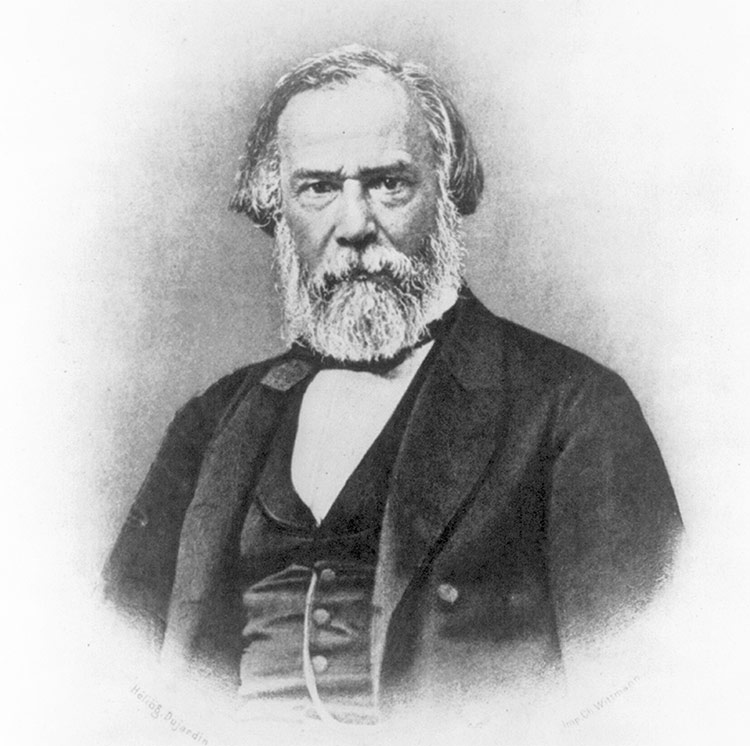 The story of Charles-Édouard Brown-Séquard is one of intrigue, eccentricity and a touch of the insane. It works as a cautionary tale for those seeking world-changing breakthroughs in medicine at any cost. Brown-Séquard, after whom a rare condition caused by damage to the spinal cord is named, was a true innovator. Through his work on damage to the spinal cord, he dramatically enhanced our understanding of the elegant human nervous system. Unfortunately, his innovative brilliance not only shaped the frontier of medicine, it also derailed it.

Brown-Séquard was born to an American father and a French mother in the British colony of Mauritius in 1817, a year after the invention of the stethoscope, and spent his professional life moving between Paris, Richmond, Virginia, Harvard and London, where he became a fellow of the Royal Society. He grew up in an era of medicine before the widespread adoption of antiseptics, before anaesthesia and long before antibiotics. Doctors were unlicensed and based their work on the four ‘humours’. Though blood-letting was on its way out, it was still relatively common for a physician to recommend leeches or the surgeon’s knife for a variety of conditions, from the common cold to ‘female hysteria’.

While a young medical student and physician in Paris, he dedicated himself to his work, at times to the detriment of his own health and finances. And, as he churned through mountains of frogs, meticulously dissecting their spinal cords, he was also churning through his inheritance. He penned over 100 articles, while digging himself deeper into bankruptcy.

Yet through this diligent practice, Brown-Séquard was able to overturn the conventional wisdom that all neurological connections were held in the brain. He repeated his experiments on sheep and horses and immortalised himself in the scientific community thanks to his work on the spinal cord.

Temperamental, and erratic with his career, Brown-Séquard was also known to experiment impulsively with his own body in the name of scientific inquiry. During a cholera outbreak in Mauritius in 1853, he swallowed the vomit of one of his patients in an attempt to catch the disease so that he could experiment with a new treatment. In Virginia, he attempted to study the function and necessity (or lack thereof) of human skin by covering himself with varnish. He was found unconscious on the floor and resuscitated by a student, who quickly doused him with alcohol to dissolve the toxic substance coating his body.

Yet in spite of all of his quirks, he was an eccentric genius. His innovative ideas were well known and revered. Students swarmed to his classrooms to listen to even his most indecipherable and bland lectures. His colleagues waited for new insights in his writing and teaching. Thus, in 1889, when he zealously announced that he had discovered his next big breakthrough thanks to his infamous self-experimentation, people sat up and took notice.

At 72 years old, he had been slowly losing his strength and endurance and could no longer work 18-hour days, as he had when he was a young man. Yet at the Société de Biologie in Paris in 1889 he presented a paper describing injections that had reversed the tides of time:

I can, to the astonishment of my assistant, remain standing for hours ... I can now without difficulty, and even without thinking about it, go up and down stairs almost running.

He could lift weights 15lbs heavier than before and even the average length of his jet of urine had increased by 25 per cent.

His ‘magical injections’ were composed of ground testicular extracts prepared from young dogs and guinea pigs, mixed with blood. Though the low levels of testosterone in his injections may have had some effect, this treatment was quickly discredited. Had it not been for his reputation, the scientific community would have quickly pounced on his faulty scientific methods: his sample size of one, his lack of a control subject, the absence of laboratory confirmation or validation. There was, however, some scepticism among fellow scientists as to the veracity of his claims.

Merchants, however, had no such scruples. The ‘elixir of Brown-Séquard’, as it became known, was marketed as a panacea and quickly became a remedy for almost everything. It was used by Jim ‘Pud’ Galvin, a baseball player and among the first men in sports history to use a performance-enhancing drug.

Brown-Séquard would not be the last innovative scientist to hastily proclaim success for a treatment that in hindsight would illicit disbelief. Twenty-five years after his death, an influenza pandemic swept through the world, affecting nearly half a billion people and killing five per cent of the world’s population. The extraordinarily high fatality rate was attributed in part to salicylate toxicity, as the US surgeon general at the time recommended daily doses of between 8,000-12,000mg of the newly generic aspirin for those afflicted by the flu, a dose we now know was probably toxic.

Even as late as the mid-20th century, radical and, in retrospect, quite devastating, treatments were recommended by exalted physicians. The Americans Walter Freeman, the neuropsychiatrist, along with the neurosurgeon James Watts, published and presented round the world his claims for the benefits of frontal lobotomies for a variety of psychiatric conditions from depression to schizophrenia. Freeman even attempted to remove part of the brain through the eye socket, claiming the procedure could be done in a doctor’s office without the use of anaesthesia.

Over the past decade, ‘innovation’ in medicine has become a buzzword. Universities such as Harvard and Stanford have created ‘innovation fellowships’, spanning medicine and biotechnology, and regular ‘innovation summits’ are held for the healthcare field. We seek those leaders of thinking who can turn medicine on its head and provide the next big breakthrough.

But the story of Brown-Séquard reminds us that the task of the scientific community is to continuously balance the embrace of original ideas with a healthy dose of scepticism.

Jacqueline DePasse is an internist and a clinical instructor at Brown University, Providence, RI.