The notion that Jews were responsible for both capitalism and communism was widespread in the early 20th century. 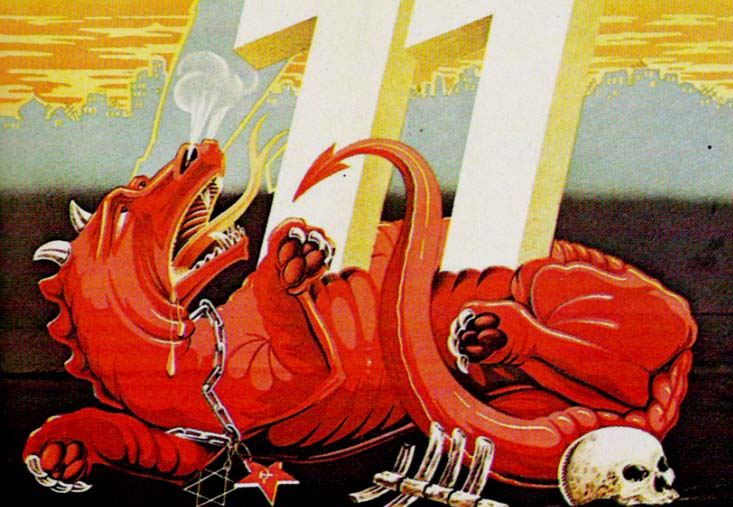 In August 2017, white nationalists marched in Charlottesville, Virginia, chanting ‘Jews will not replace us!’ They espoused a depressing, if familiar world view: that it is Jews who control the banks and the media, imposing their morality on ‘real’ Americans.

In a new book, the American academic Paul Hanebrink looks for the roots of this outburst and finds them over a century ago with the emergence of the view that Jews were responsible for communism. This, argues Hanebrink, laid the basis for the great tragedies of the 20th century: ‘Judeo-Bolshevism made Adolf Hitler.’

While Jews were certainly represented disproportionately in the early Communist movement, many, like Trotsky, had transcended their Jewishness and shrank at the mention of such a label. But long-dead Communist figures, such as Jakub Berman (Poland) and Mátyás Rákosi (Hungary) have been resurrected to fuel the notion of a white Europe amid repeated claims that Jewish communists promoted ‘homosexuality and multi-culturalism’. The liberal Jewish philanthropist, George Soros, has become a target for abuse in Hungary. Judeo-Bolshevism lives on; communism has gone to its grave.

Hanebrink specifically focuses on Hungary, Romania and Poland in the aftermath of the First World War. The notion that Jews were responsible for both capitalism and communism was widespread – the modern version of medieval parables about Jewish devils. Antisemitism mutated as a cultural code: from anti-Judaism it changed to provide a means to interpret all disruptive phenomena in the era of the nation state, modernisation, democratisation, pluralism. As history shows, it is a reusable idea.

The Vatican was concerned that atheism in the East would swamp Christendom in the West. Pius XII (r.1939-58), a controversial figure due to his silence during the Holocaust, as Eugenio Pacelli, was Papal Nuncio in Munich in 1919. Pacelli witnessed the establishment of the Bavarian Soviet Republic – and blamed the Jews. In a report to the Vatican, he described Max Levien, its leader, as ‘a Russian and a Jew – pale, dirty, with drugged eyes, hoarse voice, vulgar, repulsive, with a face that is both intelligent … and sly ... the boss of this female rabble, Levien’s mistress, a Jew and a divorcee’. As Hanebrink makes clear, Levien was not actually Jewish, but from an old German family in Russia.

Polish bishops proclaimed that Judeo-Bolshevism was ‘a manifestation of the anti-Christ’, while Robert Wilton, the chief correspondent of the Times in St Petersburg, argued that the killing of the Romanovs was ‘an act of [Jewish] ritual murder’. Even Churchill professed respect for Nesta Webster, an antisemitic conspiracy theorist.

After 1945, Communist regimes in Eastern Europe often omitted the fact that Jews were victims of the Nazis. When Odessa fell in 1941, Romanian forces were responsible for the killing of at least 25,000 Jews. In the postwar era, former Nazis reinvented themselves as anti-communists in the West. Eberhard Taubert, who wrote The Eternal Jew for Goebbels, was involved in propaganda work in West Germany by 1950. When his background was uncovered, he exclaimed that ‘nothing had changed’ and subsequently offered his expertise in fighting communism to the intelligence service of Apartheid South Africa.

Colin Shindler is Emeritus Professor at SOAS, University of London.