In the Arabian peninsula, non-Muslim groups were converted, driven out or killed by Islamic armies. In Syria, they were not. 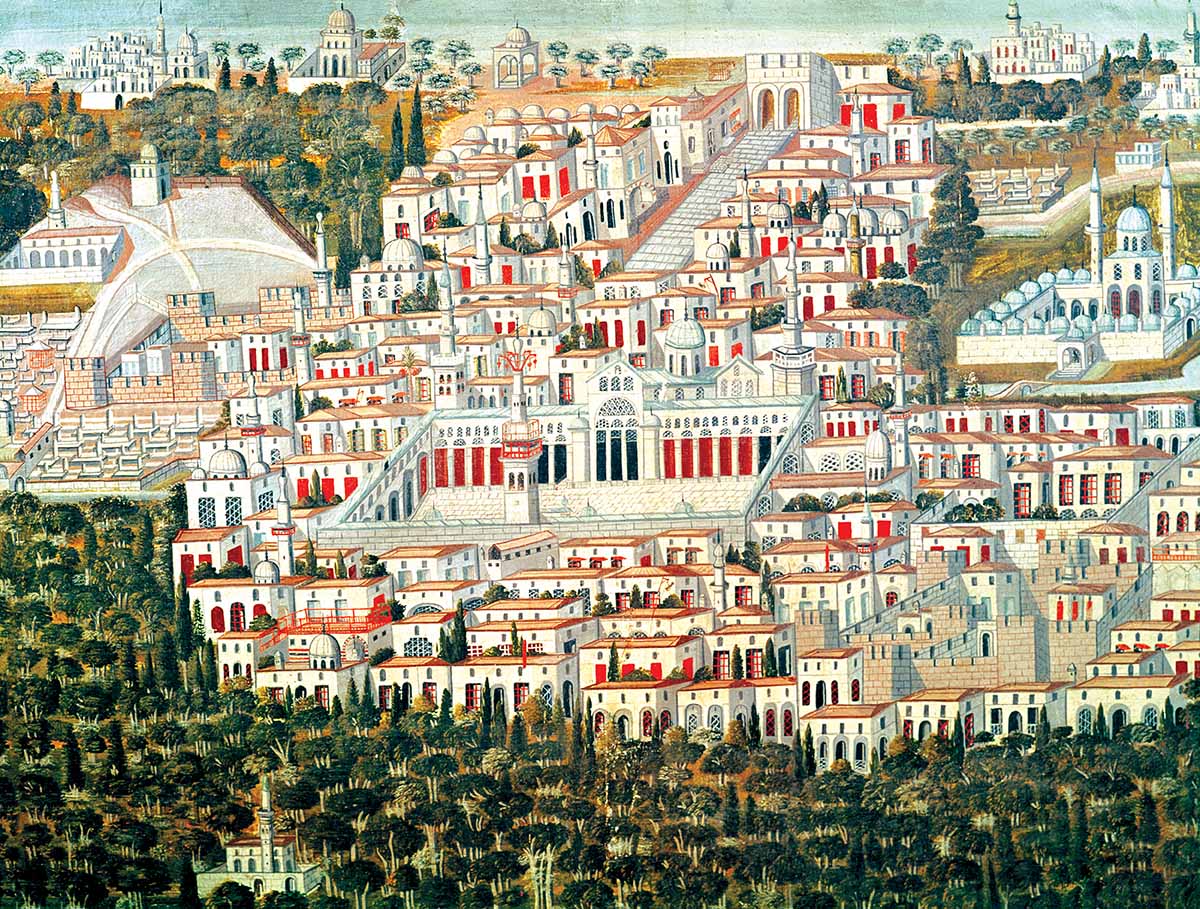 ‘Despotism tempered by assassination’ was Richard Burton’s definition of governance in Syria and the Levant under Ottoman rule. Burton was British consul in Aleppo from 1869 to 1871 and saw communal tensions at first hand. A noted Arabic scholar, he travelled to Mecca and admired Islamic civilisation, but was under no illusions about the region’s political shortcomings. The key to the inability to form modern, stable, unified nation states in Syria, as well as Lebanon and Iraq, is the great divide of Sunni-Shia rivalry and hostility, as well as rival ethnic loyalties. Reilly quotes a post-2011 refugee from Aleppo: ‘We were just groups of strangers. A country of closed communities held together by force.’

The Ottoman system of separating its conquered peoples into ‘millets’ or ethnic groups – and dealing with each separately – ensured sectarian hostility, with each seeking to gain advantage over the others in its dealing with the Turkish Sunni powerholders. This divide-and-rule system ensured instability and violence, which continue to this day.

Reilly starts his history with the Ottoman conquest of 1516, but by omitting the centuries of earlier Roman and Byzantine rule – both pagan and Christian – and the Arab invasion and conquest, he omits a key reason for Syria’s frequent violent instability under Islamic rule. In the Arabian peninsular, non-Muslim groups – Jews, Christians and pagans – were either converted, driven out or killed by Islamic armies. In Syria they were not. Druze, Christian, Kurd and Yazidi populations all represent pre-Islamic groups which continued to resist post-conquest colonial rule, whether Arab, Turkish or Egyptian. They never regarded the invasions as anything but oppressive and rebelled against their conquerors whenever possible. The Christians’ second-class status (dhimmi) and especially the hated devshirme, the blood tax where male Christian children were taken from their families, forcibly converted to Islam and enrolled in the military corps of janissaries, were deeply resented and never accepted as legitimate. The Islamic-Arab conquest was, in short, hated by the population it came to rule, just as the Turkish conquest was in Greece, Bulgaria, Romania and Serbia – all countries which eventually revolted and expelled their Islamic colonisers.

Reilly does not disguise his own preferences: Sunni Islam, he states , is ‘normative’, Shia, Alawi, Ismaeli traditions are ‘non-normative’ and ‘heterodox’. Constantinople is anachronistically called ‘Istanbul’ throughout the years of Ottoman occupation. Israel is disparaged and French rule under the League of Nations Mandate (1920-45) is inaccurately called ‘colonial rule’: Syria was never a French colony and there were never any French colonial settlers as there were in Algeria.

Reilly deplores the Anglo-American deposition of the minority Sunni despotic rule of Saddam Hussein in Iraq and the introduction of a democratically elected government representing the Shia majority, who were oppressed under Sunni rule. Those who do not accept Sunni-Arab primacy in the Middle East will disagree with much of Reilly’s partial narrative.

Centuries of Sunni dominance in Syria have driven minorities in the post-independence era to combine in supporting the Assad government in an attempt to keep the rural, Salafist Sunni Arab majority from coming to power. Reilly frankly admits that fear of massacre or ethnic cleansing by Sunni fighters (who Reilly calls ‘Muslim militias’), as in post-Saddam Iraq, is what keeps the Christians of Syria united in their support of Assad’s Alawi-Druze coalition.

Less a history of modern Syria, this book is more an essay in political sociology, projecting a narrative of Sunni-Arab supremacy as ‘normative’. Reilly fears Assad’s alliance with Shia Iraq and Iran, and Hezbollah in Lebanon, which has military support from Russia. In reality, this is a minority coalition, an attempt to fend off massacre and ethnic cleansing by a Sunni-Arab majority, supported by Turkey and Saudi Arabia and backed by the US and Europe, which are completely dependent on Sunni-controlled Gulf oil.

Robert Carver has lived and travelled extensively in Syria and is the author of The Accursed Mountains: Journeys in Albania and Paradise With Serpents: Travels in the Lost World of Paraguay.