By escaping its neighbour’s orbit, the history of Ireland has moved out of its traditional comfort zones. 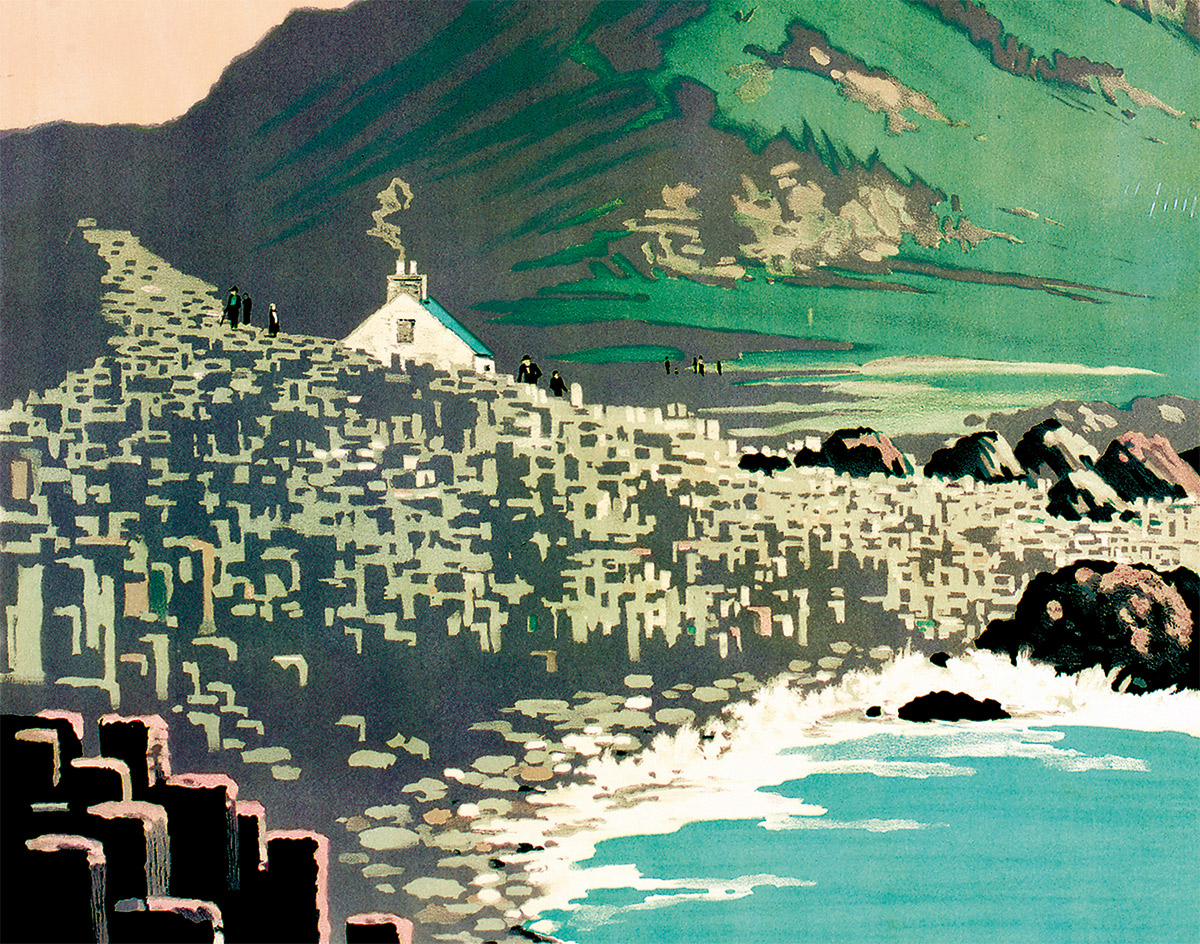 Ireland’s history has long been dominated by its troublesome relationship with its larger neighbour. In the aftermath of the Good Friday Agreement in 1998, the Irish question seemed to be slowly slipping away from the agenda of politics and into the realm of history. The complexity of the Brexit negotiations, however, has seen it return to centre stage. New tensions have arisen in Anglo-Irish relations and once again history seems to be intruding into politics.

These present concerns are one of the reasons why the publication of the Cambridge History of Ireland is especially timely. This four-volume undertaking reveals an Irish past less insular than before, demonstrating the diversity of the competing narratives of the Irish past. Ireland emerges less as a periphery of Britain than as a dynamic actor in its own right in historical processes that engulfed not just the archipelago, but also Continental Europe, the Atlantic, even the world. Consider, for example, the two Galwegians (natives of Galway) who circumnavigated the globe with Ferdinand Magellan, or the Irish presbyterians who reshaped the backcountry of 18th-century Pennsylvania in their own image, or the Irish missionaries who brought their brand of Catholicism to Britain’s African colonies. Such stories complicate a narrative of Irish victimhood, or the equation of the Irish experience with colonial experiences elsewhere.

Uncovering such complexity, demythologising the Irish past, revealing harder and more interesting truths and nuances has been a key aim of Irish historians for much of the 20th century. The acrid revisionist debates of the 1970s and 1980s have given way to a less ideological, more broadly based historiography. The slow winding down of the Troubles played its part, but it would be a mistake to attribute this broadening of approach solely to either the decommissioning of weapons or to revisionist academic polemics. At least as important has been the flowering of research inside and outside Irish universities. This upsurge in productivity can be explained partly by increased funding thanks to the Celtic Tiger economy, as well as an increasing popular demand for history. It is the fruits of this research that comprise the foundations of these lively, scholarly volumes.

This new thinking is strikingly apparent in the chronological arrangement of the whole. There are infinite ways to slice up the past but, traditionally, Irish history has been split by either regnal dates or moments of major constitutional change: the Act of Kingly Title in 1541, the Act of Union in 1801, or the 1921 Anglo-Irish treaty; all of these are eschewed here. Instead, medieval Ireland ends in 1550, while early modern Ireland stretches as far as 1880 (with a break in 1730). This division of Ireland’s past takes readers out of their comfort zone of the traditional political narrative, punctuated by the Battle of the Boyne in 1690 and the Act of Union in 1801. In doing so, it decouples Irish history from that of its neighbour. The choice of 1550 is especially interesting, as it emphasises a different, more fluid story of the Reformation in Ireland, as well as the persistence of indigenous legal systems and social structures far beyond the 12th-century Norman Conquest into the age of the Tudors.

Extending early modern Ireland beyond the Great Famine may not be to everyone’s taste but a good case can be made that Ireland’s modernity came late. The observation of Karl Kuttner, a German traveller to Ireland in 1783, that though Irish peasants were not as materialistic as their English or European counterparts, they were ‘much happier than any of us’ is worth considering. Modernity did not always mean happiness.

Using 1880 as a marker for the beginning of modern Ireland avoids telling a teleological story about state formation focused on the struggle for Home Rule and then independence. Instead, the final volume, while exploring the Irish revolution(s) of 1913-23, investigates how Ireland became modern, drawing on the recent flourishing of Irish social history. Anne Dolan’s provocative chapter on post-revolution Ireland stands out with its questioning of the established narrative: that the promise of the revolution gave way to a grim, buttoned-up Catholic Ireland. There was more to 1930s Ireland than that and in any case it was not that exceptional.

The chapters on Northern Ireland demonstrate both continuity and disruption on either side of the border in the decades after independence. This situation changed with the outbreak of the Troubles, a contentious topic, partially covered here in an innovative visual photo-essay curated by Thomas Bartlett, which uses contemporary images to striking effect. It is accompanied by a narrative account by the professorial father and son combination of John (Lord) Bew and Paul Bew. This is interspersed with personal recollections from the former, which sometimes challenge the archival record and allow readers to engage with and ponder Ireland’s all too recent violent history.

Each of these volumes breaks new historiographical ground, whether in the fields of environmental history, gender history, or in the attention paid to the Irish language and to subjects such as race, honour and respectability. The emphasis on Ireland’s connections with the wider world, brilliantly illuminated by Jane Ohlmeyer through the use of archaeological evidence – including fragments of Indian calicos, Colombian emeralds, Mexican dyes and Yemeni coffee – from Rathfarnham Castle’s 17th-century wash-pit, is especially welcome. This theme is rightly pursued throughout, from Michael Bennett’s discussion of Ireland in the late medieval world, opening with the bubonic plague – reminding us that not all global connections are beneficial – through to Eunan O’Halpin’s sparkling essay on contemporary Ireland.

There are inevitably gaps and omissions – one thinks of the history of Irish emotions, for instance – but this History with its often provocative questioning and sometimes speculative arguments will undoubtedly stimulate further research. It is an essential starting point for anyone who wants seriously to understand the Irish past, present and future.