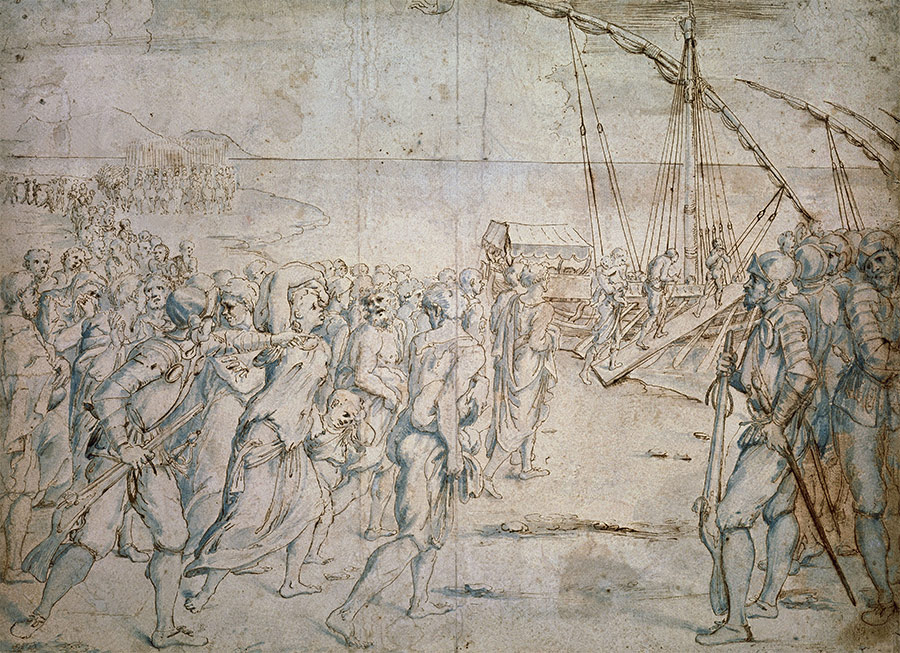 Between 1609 and 1614, on royal orders, almost all of the formerly Muslim population of Spain, known as the moriscos, was expelled from the country. The deportation involved several hundred thousand people and, in that sense, dwarfed the much better-known edict to expel Spanish Jews, which was drawn up in 1492. The expulsion of the moriscos is referred to in general English-language surveys of early modern Spain and there is an extensive Spanish literature on the subject, but the full story has not been told in English for many years. The journalist Matthew Carr’s well-researched account of the official end of 900 years of Muslim presence in Spain is carefully written and thoroughly documented.

Carr gives a brief account of the initial Muslim conquest of most of Spain after 711, and events between the Christian conquest of the bulk of the Iberian peninsula, which had taken place by the 13th century, and the capture in 1492, by the ‘Catholic Monarchs’, Ferdinand and Isabella, of the last Muslim state in Spain, the emirate of Granada. Carr is rightly sceptical of modern imaginations about supposedly peaceful relations of co-existence (convivencia) between Muslims and their Christian and Jewish neighbours between 711 and the fall of the caliphate of Córdoba in 1031. He points to constant tensions, often leading to violence, between the three religious communities, whether they were under Muslim or Christian rule, though he focuses mainly on what happened to the Muslim population in Christian-ruled Spain after 1492.

After giving a clear and fair account of the deterioration and end of openly Jewish life between 1390 and 1500, Carr turns to what happened to Spain’s Muslims after 1492. He describes the steady decline in the conditions of life for these Muslims, between then and 1614. Initially, the agreement for the surrender of Granada allowed Muslims to retain religious freedom, as did their equivalents in the Crown of Aragon and, in particular, the kingdom of Valencia. Soon, though, Christian missionary pressure increased and, in 1502, all remaining Muslims in the Crown of Castile were ordered to convert to Christianity or leave. Thus, measures which had previously been taken against Jews, including the actions of the Inquisition, were applied to Muslims. However, whereas Jews had no external state to defend their interests, the moriscos received support from Muslim North Africa and the expanding Ottoman Empire. A climate of suspicion developed between moriscos and the ‘Old Christian’ (Cristiano Viejo) majority, with the former often being regarded as a kind of ‘fifth column’, or ‘enemy within’. The perceived pressures of this situation would ultimately lead Philip III to order the expulsion of all Muslim converts. With hindsight, this result seemed inevitable, following the violent morisco rebellion in the Alpujarras, near Granada, between 1568 and 1570.

Relentlessly, Carr narrates the painful steps towards the denouement of mass expulsion between 1609 and 1614. Even though there is convincing evidence that not all moriscos were expelled – with a minority being regarded, not least by some nobles, as valued members of the community – this drastic and brutal measure changed Spanish society forever. It is an important story which is well told here and Carr’s epilogue extrapolates directly from the 17th-century Spanish events to interreligious tensions today. The point is well made. Contemporary accounts of the painful journeying of morisco refugees through Spain, after earlier partial expulsions from the kingdom of Granada in 1502 and 1570, cannot fail to resonate with those who witness modern migrant and refugee movements.

This is a reliable, if often harrowing, account of a sad episode in Spanish and European history, which deserves to be better known.

John Edwards is a historian of Spain at Oxford University. His books include Ferdinand and Isabella (Longman, 2005) and Mary I: the Daughter of Time (Allen Lane, 2016).