Kate Wiles on a ‘map to the stars’, designed to promote a Los Angeles neighbourhood to Hollywood’s new celebrities. 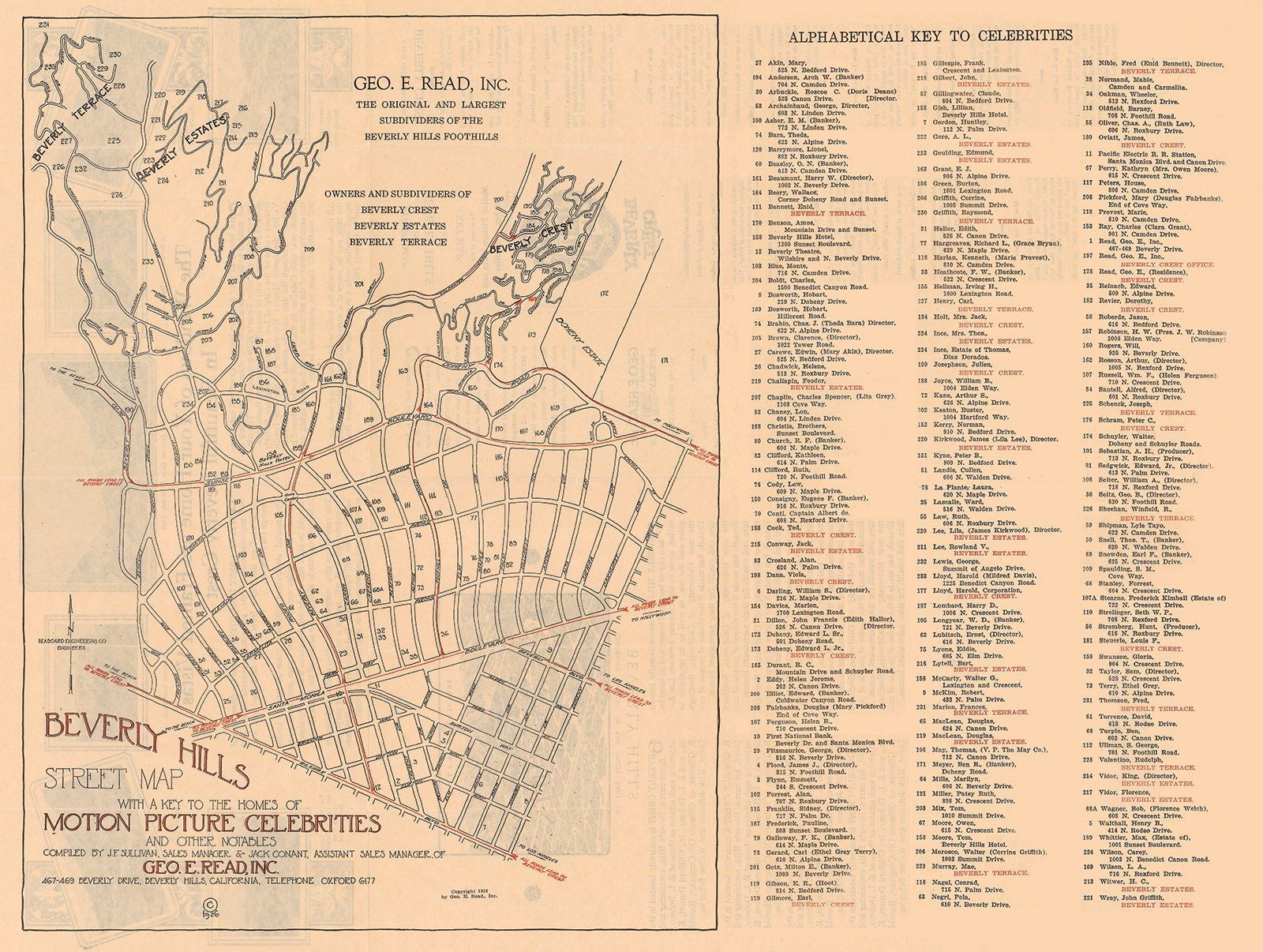 Unlike modern star maps, aimed at tourists intending to sightsee, this map was produced as a piece of promotion for a residential development by George E. Read in 1924. His plan was to market Beverly Hills as the home of the stars at a time when cinema was changing the face of celebrity.

By the mid-1920s, studios were producing their own maps with directions to their stars’ homes, cultivating the idea of celebrity and encouraging fans to see them as icons. As Hollywood grew as the centre of celebrity, stars began investing in property there, making their homes symbols of their ascendancy and, thus, tourist sites. Expert on celebrity, Martin Kaplan, has compared the trip to see a celebrity home to a religious pilgrimage.

With the introduction of photography and the moving picture, the notion of celebrity changed from notable figures to film stars. Mary Melton, writing for the Los Angeles Times in 1996, said: ‘The maps to the stars’ homes are as much an archaeological dig as an atlas.’ They show who has enduring fame and who was big in the moment but whose reputation has not endured. Achieving a spot on a star map has become a sign of having ‘made it’. Notable names on this map include Charlie Chaplin (207 in the key), Buster Keaton (202), Rudolph Valentino (228) and Gloria Swanson (159).