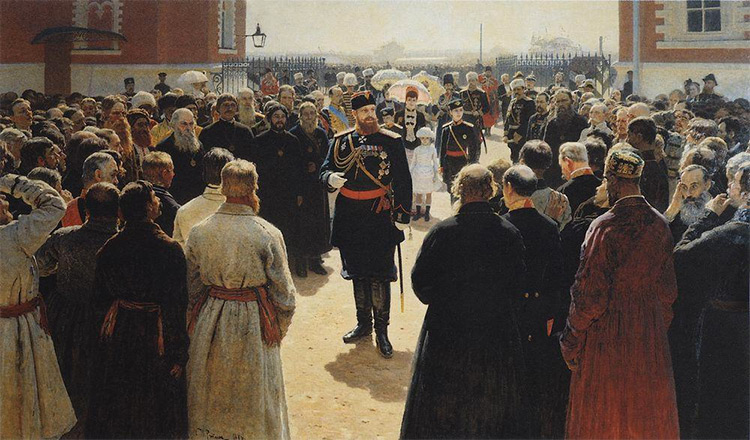 W. Bruce Lincoln tackles a central paradox in the reign of Alexander III: political reaction in an era of rapid social and economic modernisation. His reign was brief; a mere 13 years. Politically, it was a protracted epilogue to the assassination by revolutionaries of Alexander II in March 1881. His son responded with a raft of counter-reforms intended to roll back the concessions the autocracy had made in the areas of self-government, the law and censorship. Yet, as Lincoln emphasises, Alexander’s reign was not just one of reaction. His government aggressively pursued the necessity of industrialisation, investing heavily in railway construction, mining and manufacturing.

Many of the issues that Lincoln addresses have, over the last 40 years, flourished into vibrant areas of research. The single greatest shift has been the turn away from political and economic to social and cultural history. Pioneering studies of peasant society, urban culture, the growth of civil society, nationalism, the legal system and colonialism have all enriched, even complicated, Lincoln’s arguments. While he argues that Alexander successfully pursued counter-reforms and industrialisation in tandem, more recent studies have tended to emphasise the irreconcilable tensions between the two.

The routing of the revolutionary movement after 1881 was a tactical victory that concealed a wider strategic failure. The regime succeeded in destroying the symptoms of subversion but not its well-springs, which lay in the social inequalities of the empire and the rise of ideologies of opposition. The authorities banished opponents to Siberia, but it did so at the expense of embittering them further against the regime.

Lincoln points to the importance of Alexander’s policies of Russification, especially in the ethnically fractured regions of the western borderlands. A number of recent studies of Russification have emphasised how nationalism proved a dangerous card to play in a multi-ethnic empire bound together by the authority of the tsar. Russification succeeded not so much in unifying disparate ethnicities with a common language and religion but rather in catalysing the centrifugal forces of local nationalisms – Polish, Jewish, German and so on – that would erupt at the turn of the 20th century.

Whereas social historians of the 1970s and 1980s tended to emphasise the rise of a politically engaged proletariat amid the industrialisation drive of the 1880s, recent studies have presented a more ambiguous working-class milieu. They have painted a picture of economic insecurity, crime and poverty and dislocation from the official culture of the state; not the proletarian vanguard of the Marxist imagination, but still a combustible pool of alienation that swelled as the end of the 19th century approached.

Over the last two decades historians have examined the rise and influence of civil society in the 1880s and 1890s. An explosion in printing and a rapid expansion in voluntary associations heightened popular involvement in discussions of colonialism, the peasant question, industrialisation, law and order, the working classes and the exile system. Public criticism of the management of the empire was on the increase. One example was the famine of 1891, which, Lincoln argues, ‘did not disturb the tranquillity of Alexander’s Russia’. More recent research has, however, emphasised civil society’s ‘political awakening’ during the crisis. Appalled by the government’s apparent callous indifference to the suffering of the peasantry, voluntary associations and charities stepped into the breach and began to organise famine relief.

This vibrant public sphere sat uncomfortably with the social quietism and dynastic loyalty demanded by the crown. Alexander’s renewed insistence on the autocracy as the supreme authority in the empire was beginning to look like an anachronism.

From the perspective of recent research, Alexander’s reign looks less like an oasis of calm and more like a pressure cooker of unstable change. Rapid modernisation in an era of political reaction piled contradiction upon contradiction. Lincoln is right that Alexander succeeded in projecting an aura of implacable authority but, beneath the pomp of the court, the fissures were beginning to open.

Daniel Beer is senior lecturer in history at Royal Holloway University of London.